Summer and the Swing

…Death kept following, tracking us down
At least I heard your bluebird sing
Now somebody’s got to show their hand
Time is an enemy
I know you’re long gone; I guess it’s gonna be up to me.

There have been an unforgivable number of deaths this summer. Maybe it was all the deaths. Maybe it was the drought. Maybe it was the relentless drumbeat of Trumpism. But the cumulative effect for me was that when people ask me how my summer was, I have to force a smile and say, truthfully, “It had a good ending. How was yours?”

In many ways, my summer was great. It included what seemed a family smorgasbord of travel, violin, soccer, theatre camps, Adirondack hikes and a certain kid finally learning to swim competently, thanks to the ministrations of a family friend. Professionally, too, it was pretty sweet, with our two 25th anniversary concerts at the Iron Horse, which included performances by all four of our kids and our dear friends Ben Demerath and Kalliope Jones. Tom and I got to see Hamilton (with the original cast!) which was life-changing and inspiring. I had the privilege of running and participating in two fantastic retreats, one in the ADKs and one at home in Northampton, learning so much from my participants as I always do. And then in late July, Katryna and Dave Chalfant and I started work on the soundtrack to go along with my novel The Big Idea. With the help of our longtime drummer Dave Hower, Dave C breathed passion and life and youth into songs I’d written as long ago as 2002, as well as songs I wrote this past June. I now see a whole different aspect of the characters I’ve been living with for fifteen years. Dave found angles I’d never considered, brought the songs to life in full color animation. At summer’s end, Dar drove up with her daughter Taya and was my character Liv First, singing my new song “The Shame Wars” with her trademark generosity, love and vulnerability. The next day, all three of our daughters sang backgrounds on a new version of “As Cool As I Am” which will be released as part of her Return to Mortal City tour. Afterwards, we had dinner on my porch and watched the kids play soccer in the back yard, caught up and talked about her book on small towns and cities, community building and music, and I felt so deeply grateful for our long, sweet, sustaining friendship. These moments, like luminous pearls on a necklace, are the point. They are the Big Idea. 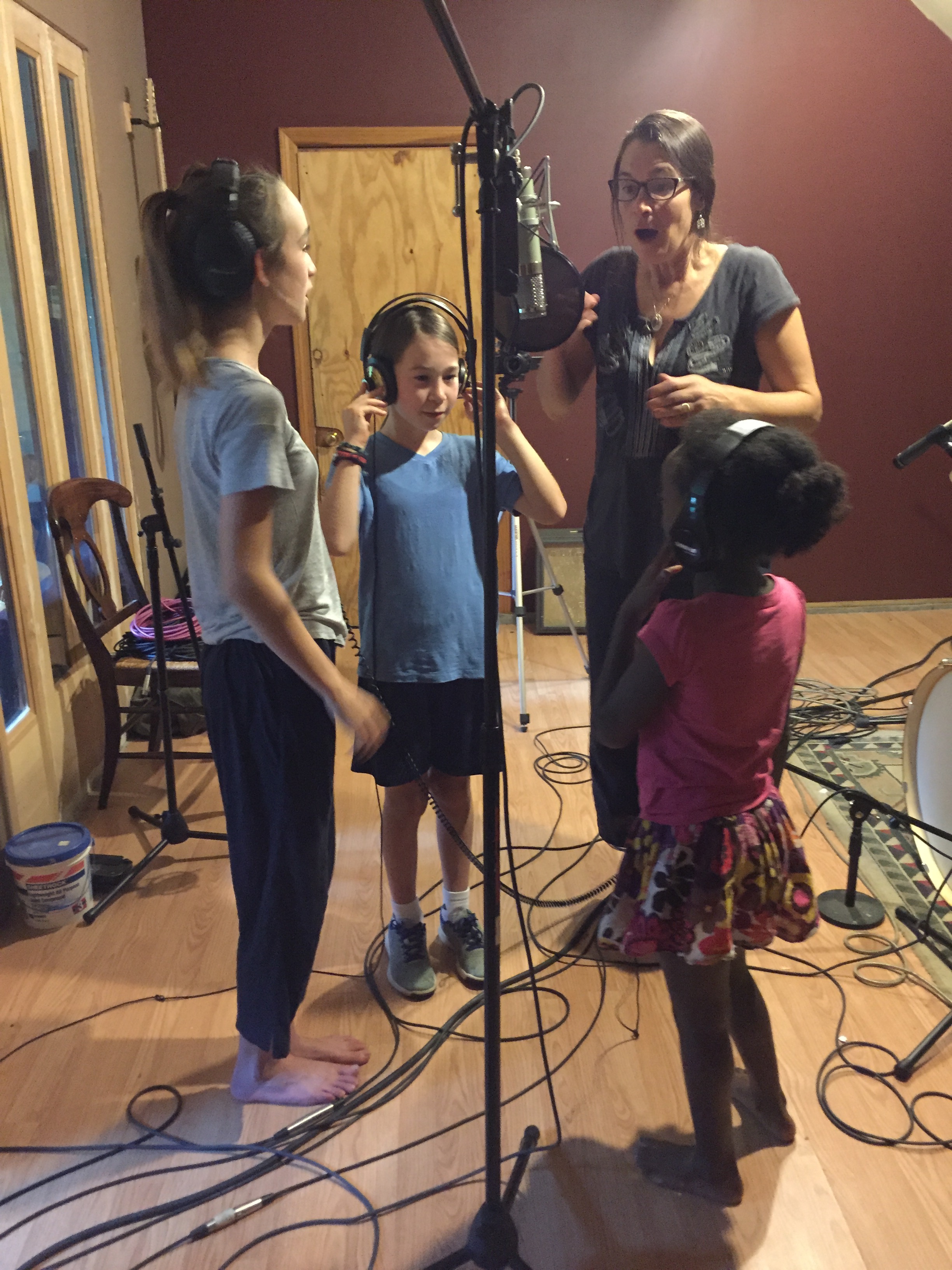 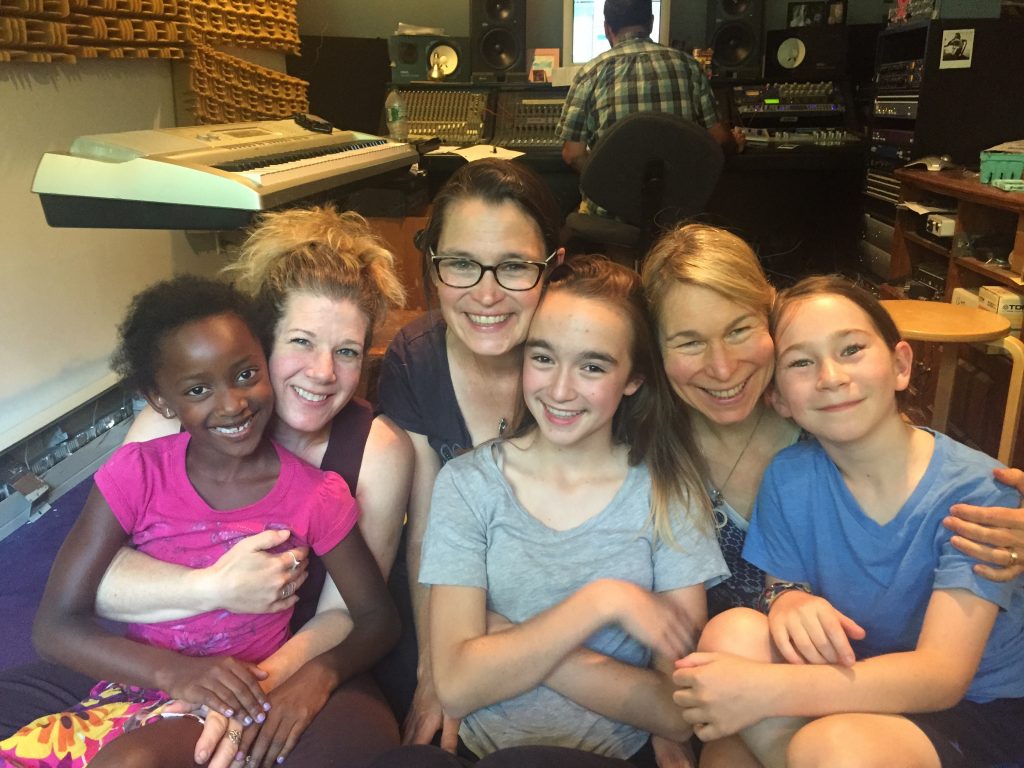 But the deaths. The news. The grass turned to straw. I had to scratch and claw my way out of a dark place that had threatened to obliterate these moments, keeping me trapped in my head instead of enjoying my blessed, precious life. I find myself in this place often––I always assume it’s part of the package of being an artist––but it usually doesn’t last so long. This summer, it seemed so interminable I was considering setting up furniture inside the trap. At times like these, I experience others around me joking, bantering, enjoying each other, using words to make connections, and it as if I am in the audience watching a play. I know I am supposed to be up there on stage, but I have forgotten my lines.

Three things usually save me: prayer, honesty and music. For two of the three, I depend on other people. For all of them, I need some element of the Divine. But none appeared to be working by the time I got to the main stage at Falcon Ridge, where I was still in the trap, unable to connect to the music or my bandmates in the way I usually could. We played, my bandmates were incredible as usual, and we tore down, hugged each other, and this time packed up for our next show at the Workshop Stage, an hour plus with one of our favorite other bands, The Slambovian Circus of Dreams. On that stage, electrified by the energy of that wonderful band, and my own drummer, bass player, guitarist and sweet amazing sister, rocked by the rhythms and urgency of “For What It’s Worth,” buoyed by the audience, I came back. I remembered my lines. 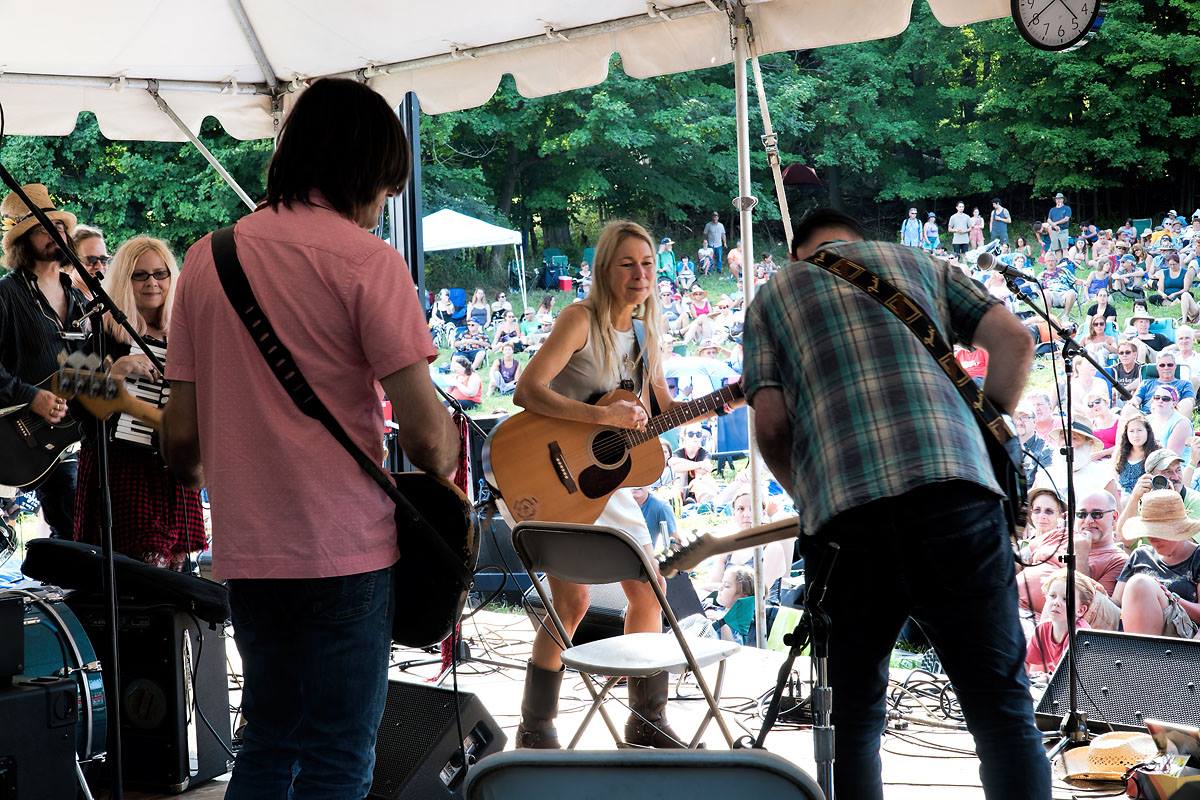 It’s been better since then. I’ve been sleeping more, waking more slowly, being gentle with my creative process, savoring my kids. Up until this morning, I took a long summer break from my 5am writing sessions, trading inspiration and the hit of productivity for sleep. Perhaps I “discipline” over my feelings the way some people eat, drink, screw or shop over theirs. But I have committed to myself and a bunch of other people that I will finish this book, hoping to get the draft to my agent by December. In order to do that, I am going to have to go back to the disciplined lifestyle from which I’ve been blissfully vacationing.

I still haven’t figured out how to live as a creative artist with a family. It seems I’m either courting my muse, in which case my family is mad at me and I am stuck in the dark place, or I am refuting it, in which case I am in the play with my family, saying my lines. But something is missing, then. I don’t feel like myself if part of me is not lost in my head, spinning the scene, writing the song, planning the tour. I seem to go from one extreme of the pendulum to the other, and when I hit the extreme, I go “bonk, bonk” against whatever it is you hit when you go extreme. But now that school has started, and I am back in my routine, up at 5 (OK, 5:45. Let’s start easy…) I’m thinking it’s not so bad. What’s wrong with swinging? Tom says, “You know, I have known this about you since we met. You just have to let me get mad at you and keep doing your art.”

Last week I found out that a high level administrator from the school where my sisters and I were students from 1974 to 1990, pled guilty to multiple counts of…