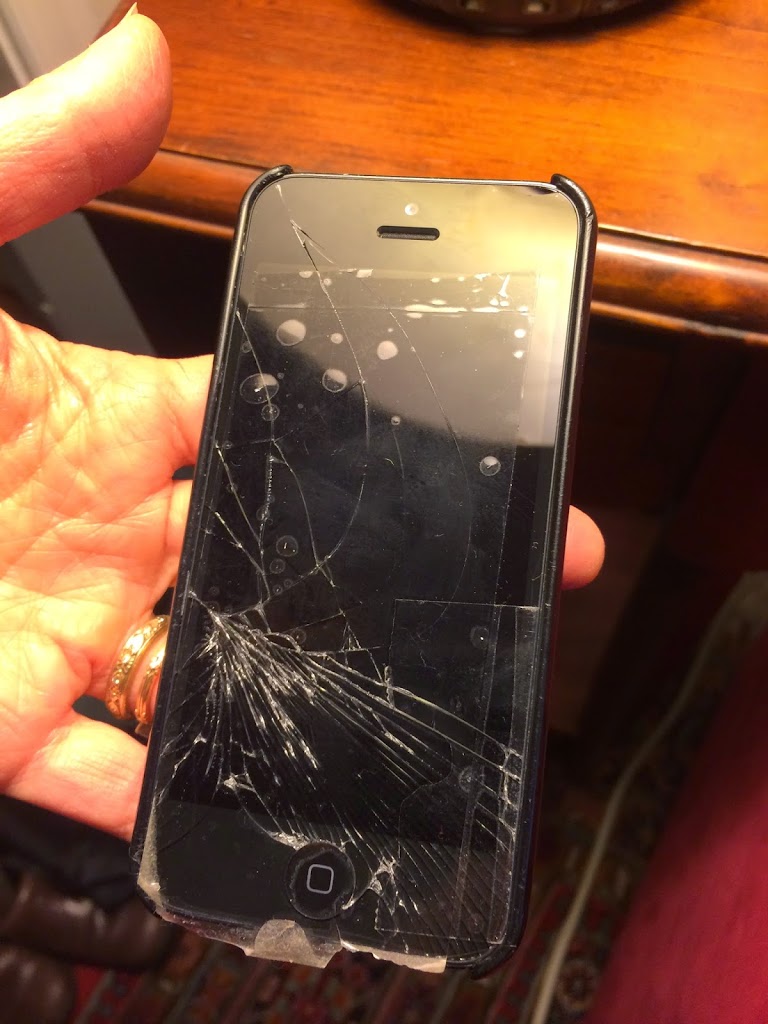 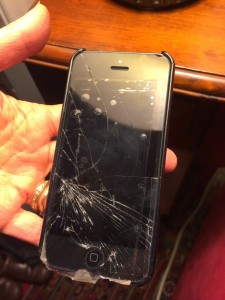 On the Monday after we got back from NYC, these things happened:
-The Jetta went in to be drained because one of us put gas in its diesel engine. Yes, we drove it.
-Jay quit violin, and more importantly, I quit violin.
-While talking to his violin teacher about how to manage his quitting so he feels good about his experience, I hooked my iPhone on a kitchen drawer pull and it fell to the ground, the screen shattered, and the home button stopped working.
-Stella refused to pee or poop all morning.
-Instead of going for the run I desperately needed, I had to spend that hour on the phone with Apple and AT&T, getting misinformation about whether I could get an upgrade for $99. (No, I can’t. It would cost me $23/month for 18 months instead. Can anyone out there tell me why I shouldn’t switch to Verizon? Besides that they are the devil? And that I don’t need to waste anymore time stuck on hold by a corporation when I should be going for a run?)

Anyhow, I thought of the people I love who are struggling with way worse problems, like cancer and MS and divorce and serious concerns about their kids (way worse than a 6 year-old’s tantrum and throwing of his violin on the floor thereby breaking the bridge), and I found some packing tape and taped my phone’s screen. There’s this neat work-around you can do where you go to the accessibility settings and get a “soft” home button which floats around your screen. So now the phone works, well enough. It’s kind of hard to read on account of the multiple shards of glass, but it’ll do.

All this happened, I know, because we had fantastic gigs in New York. I say this, not in a kind of morbid “when good things happen, they’re inevitably followed by bad things” way. On the contrary, I firmly believe that good comes from good. What I mean is this: we had a full house in Manhattan at the Rockwood (just south of Houston), and we had my sweet, amazingly talented 30 year-old cousin John Colonna playing piano with us for two of the songs. My other cousins came; my aunt Elizabeth came; fantastic NYC fans whom we haven’t seen in years came; Armando did a fabulous job on the sound, and in short, we were inspired to sing our hearts out. It was one of those shows that lifts my energy so high I have trouble falling asleep afterwards. Which was fine, as we stayed up late at the club talking with our cousins and Aunt, had a hilarious drive back to Brooklyn where we were staying, and when I got home, there was an email from our videographer with the latest version of our video for the PledgeMusic campaign we’re launching Monday Oct. 27 (THIS MONDAY!). I stayed up to watch it. And then I lay in bed and listened to the sounds of Brooklyn, my head full of John’s playing. It was well after 1am.

The kids got me up at 7:30, which is so not enough sleep for me. They insisted on breakfast, so I skipped my yoga. We walked the three Jack Russell terriers, we played with blocks and remote control cars, we rehearsed some more with John Colonna, Katryna went to see her mother-in-law in a play, the kids and I went trolling for Halloween costumes, and then we had a show at Jalopy in Brooklyn. And another full house, five songs to play with John, another reunion with fans we haven’t seen in years, deep connections with family, and another extremely (for me) (and the kids) late night. And early rise to walk to the soccer fields on Brooklyn Bridge Park, visit with Kathy Chalfant, hang out and have lunch with our aunts and uncle and cousins, load up our van and return to MA, via hours of traffic, kids screaming over who had the better iPad in the backseat.

The fantastic gigs and fantastic time with family drained us. We used ourselves up, over the weekend, and that’s not a bad thing. As I once said, What are we for if not for this? We’re here to love the people we love, and that takes time and energy. We’re here to sing the songs we wrote, to deliver them to the people who are supposed to hear them, and that takes time and energy. We needed a day or two to recover, and we did not figure that into the equation. (Next time I will know better.) Getting what you wanted means you are frequently exhausted–I’ve known this for years. What we want now is to raise money for this new album XVII so we can perform more often with other musicians like our cousin John, like the Daves of yore, like Kit and Chip, our production team. We want to see our old fans, and we want to make new ones. I live for moments like the ones I had on stage Saturday when John played “Normandies”, and I felt something pure and clean in me fly up to the top of the room––for joy, for music. I love to hear from fans who tell me their daughter refused to read anything but Plastic Angel for two years. I love to hear from fans who discovered us with Bob on the Ceiling.

And I also love my routine, of morning yoga, meditation, running with Stella, practicing violin with the kids, practicing my own piano, going to River Valley Market, writing with my writers, meeting with my spiritual buddies, staring up at the sky, walking my labyrinth, going to bed next to my husband and sleeping for 8 hours. It’s a good life. I know it. And this life sustains me so that I can exhaust myself on occasion, destroy my property, and shrug. It’s just money. We’ll fix these problems which are not really problems. But, as the song says, music alone shall live. Everyone needs to live for something greater than oneself. Yes, I live for my kids, for my family, for my community. I also live for music. 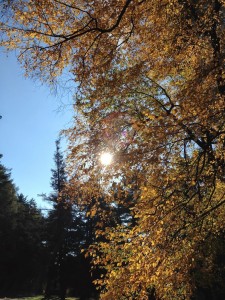 Addendum:
The Jetta ended up costing us less than $500 to fix. It seems good as ever. Jay did quit violin, but he has agreed to play through December and have a 1/2 Book One Graduation. We are exploring the possibility of Bass lessons. (He wants to play “Bass Guitar, which is a bass with five stwings, Mama. A bass with four stwings is just a bass.”) The home button on my phone magically started to work, so I might just go to a kiosk and get them to replace the glass. Stella did eventually pee. But as for me, I can’t shake the feeling that what I most need is to go to the Adirondacks for three days with only my husband for company, sit on the couch and watch the leaves fall with a cup of hot tea in my hand. 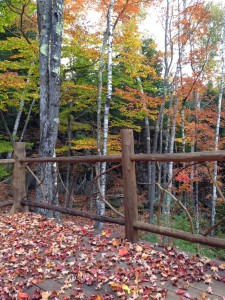 My music project went well through Falcon Ridge, which was its main purpose. I played some guitar every single day, even if it was only a scale, though more often…