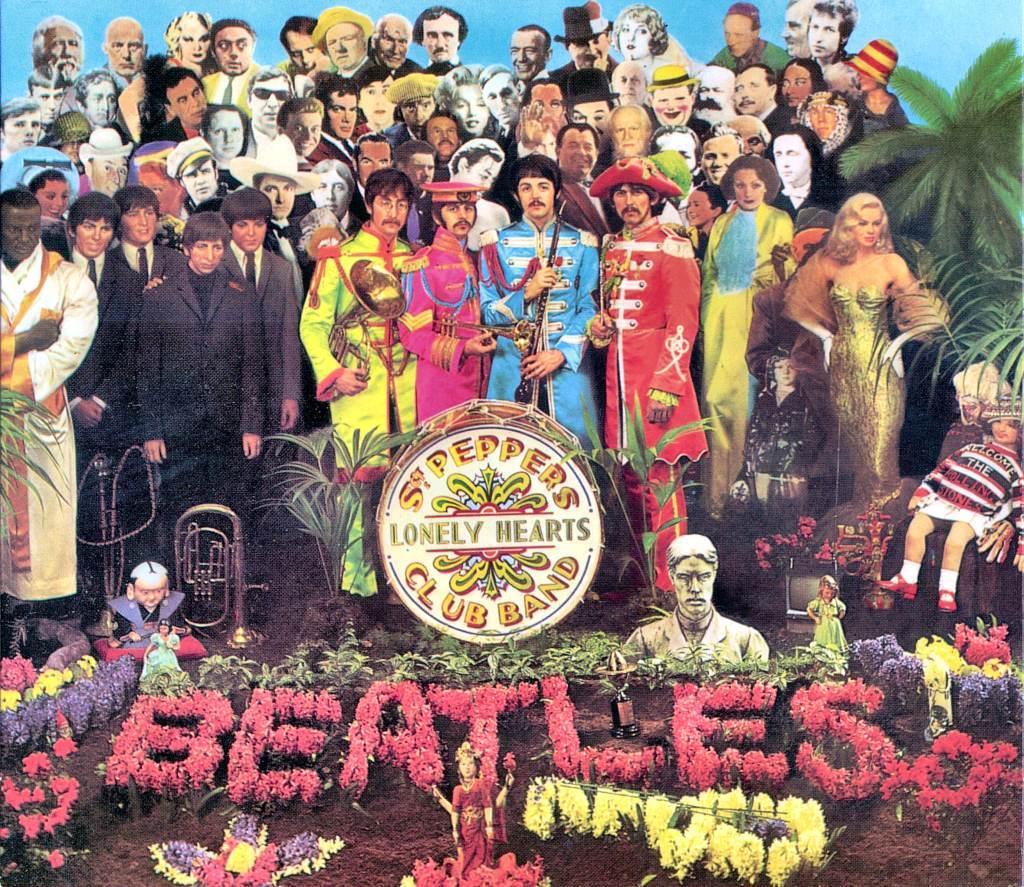 To live in this world

you must be able
to do three things:
to love what is mortal;
to hold it

against your bones knowing
your own life depends on it;
and, when the time comes to let it go,
to let it go.

On June 2, Sgt. Pepper’s Lonely Hearts Club Band turned fifty, and so did I. I’m not sure who made a bigger deal out of this anniversary, me or Apple Records, but a splendid time was had by all, so that’s good. My parents flew up from Virginia, and all four of my beloved aunts came to my gathering over the weekend. Tom got me tickets to see Sir Paul McCartney––a huge bucket list item, as I have never seen a Beatle perform live. Paul’s about to turn 75, just like my dad. No time to lose.

The other big present is a trip to London in July, which will include a side jog to Liverpool, where we hope to do some of the Magical History Tour or at least see the Beatles Museum. Katryna got me the fabulous new box set of Sgt. Pepper, and I have been listening to all the podcasts on Fresh Air (which I highly recommend!) Also, I learned “A Day in the Life” on piano. I made my musician friends play it with me on Saturday night, with Lila doing the entire orchestra part on her violin. Ben Demerath shook his head in wonder as the final E chord rang out, and he turned to my father and said, “Man! What did you THINK the first time you heard that ending?” And my father said, “Well…that was the first time I heard that ending. And I’m still trying to figure out what I think about it.”

I’m still trying to figure out what I think about turning 50. On the one hand, it’s no different from 49, or really 48. On the other, the actual number, especially when people write on birthday cards, “Welcome to your second half-century!” and such, freaks me out a bit. Me, 50? How did that happen? I got my passport photo taken at the CVS for our Britain trip, and I thought the woman in the tiny square they handed me looked like a “before” for a plastic surgery ad. There must be some mistake.

There also must be some mistake with the world. On the night of my birthday, someone mowed down a crowd on London Bridge–this just a few weeks after the Manchester bombing. Besides the now too-familiar grief for the lives lost, there’s a new, practical thought: Why am I taking my precious family abroad right now? What am I thinking? Can we even begin to enjoy ourselves in Europe (or anywhere) in this climate of fear and violence? Not to mention, will we have to disguise ourselves as Canadians, or make pins that say “I Was With Her; Don’t Blame Me”?

And yet, I have three beloveds right now who have been diagnosed with terminal cancer. They are each living vigorously, snatching all they can out of life, understanding clearly that now’s the time to live. One of them is driving all the way across the country  to see the full eclipse in a desert to make sure clouds don’t cover their once-in-a-lifetime chance. They are teaching the rest of us well.

My son has quit the violin, finally and for good. He hasn’t played since February, and even though I bought him an old beater violin to busk with, he hands it back to me, shaking his head, and said on Monday, “Sorry, Mom. I just don’t like music.”

“That’s like saying you don’t like nature!” I screamed, and then I promptly burst into tears and said out loud the biggest fear I have been harboring for the past five years: “It’s my fault! It’s because I pushed you so hard! It’s because I am a Suzuki mom from Hell! I have ruined everything!” And I wailed, tears gushing from my eyes. I was driving. It was raining. It was really bad, not to mention dangerous. Both my kids tried to comfort me. Johnny said, “Cheer up, Mom. I’ll still sing in your chorus. I have to. All my friends are in it.” Lila said, “Yeah, Mom. Kids go through phases. And Johnny will have to choose an instrument anyway when he’s in Middle School Band.”
“Yeah,” agreed Johnny. “Maybe I’ll like music a little.”

I was part of a women’s circle recently where we discussed the role of ambition in our lives. We defined the word broadly: as in “what do you want your life to be versus where is the River guiding you?” The original Latin means “to go around” and usually in the context of “going around courting votes.” The English word had a pejorative connotation for most of its history; it’s only in recent times that we’ve seen it used more positively, nodding with approval as we say about our daughters, “She’s very ambitious.” I wondered aloud what the difference is between ambition and desire. Desire for something is certainly informs my ambition. These cravings in my soul, I have discovered in my half-century, need to be listened to. They don’t necessarily need to be indulged, but it’s always important for me to give them a fair hearing. Is it desire or ambition that pulls me to bring my family to England this July? I long for it. I longed to know the Beatles when I was nine and first heard them, and so I made a study of their music. That music still enchants and fascinates me, 41 years later. Ambition feels different; like too much strong coffee. It’s me exerting my will, going against the river. Desire is the river. The trick is to figure out how to align your inner desire to where the river is taking you.

On the way to my Nields rehearsal last night, Johnny said, “Can we listen to the Beatles?” and I programmed my phone to play a non-chronological mix, as we are both kind of sick of Pepper, which had been our car soundtrack for all of May. The algorithm chose “Ask Me Why,” “It’s Only a Northern Song,” “I’m a Loser,””She Loves You,” and “In My Life.”  Johnny announced who wrote and sang each song, and he was always right. I explained to him how George Martin played the piano solo on “In My Life” and how they doubled its speed to get it to sound the way they wanted. When “While My Guitar Gently Weeps” came on, he said, “Do they know yet what John played on this?” (The last time he’d asked, I’d posted on Facebook, and we’d discovered that this is a controversial mystery. Some say 6-string bass. Some say organ. Some say he missed the sessions altogether.) “Do you really think he’s not on it?” John is his favorite, natch.

I feared this birthday for the last half of my forties. My grandmother was 52 when I was born, and she was OLD! I had wanted to be a singer since the age of 7, but even as a teenager, I thought I’d be a musician for a couple of decades max and then move on to some other profession. Probably minister, or professor, or writer, or caterer. By 50 I would be deep into some other career. Still, I play. The rehearsal was with the full band, and shows both duo and band are lined up for the next year. We talked about recording a new CD last night. What does it mean to be a geriatric rocker? Many things. My heroes have taught me you never have to stop. We get to make the rules on this one.

Paul and Ringo at the 2014 Grammys

We got home and Johnny settled in with Tom and Lila, who were watching Bend It Like Beckham. I climbed up to my attic studio and pulled down Mark Lewisohn’s wonderful volume  The Beatles Recording Sessions and studied it. It truly isn’t clear. The last take he was definitely on was actually lead guitar, but we all know Eric Clapton ended up taking the honors there. Still, it’s hard to imagine John sitting around doing nothing! The only clue I had was George’s offhand comment later that Eric’s presence in the studio had the effect of making them all behave and play better. Isn’t that what we strive to do for each other? I looked up at my son, cuddled on his father’s lap, moving his body back and forth to the rhythms of bhangra, and I said, “Looks like guitar. Just what we’d suspected. He’s on it after all.”

Back in 2011, Beth Spong, then-executive director of MotherWoman, asked us to write a song for Mother’s Day, and MotherWoman made a beautiful video of it (see below), using photos…