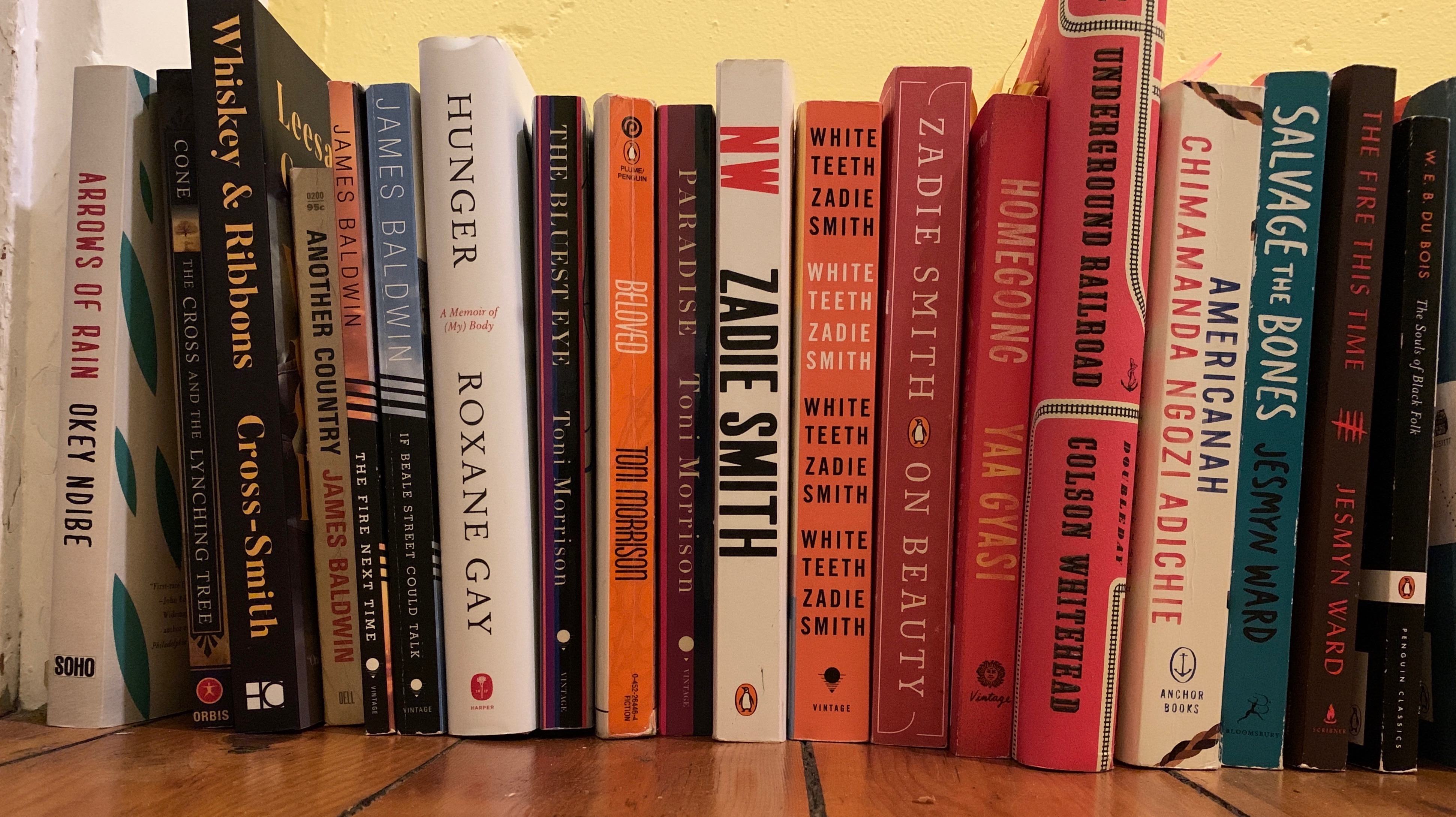 We are all learning about the disease of racism, an illness from which all Americans suffer. Since the election of 2016, I and a group of fellow readers and writers have dedicated our reading time to learning as much as we can from our Black brothers and sisters. In the name of helping each other in our attempts to get well, I have compiled the beginnings of a list of books, films, resources, and the curated lists of others which I have found helpful, transformative, enlightening. Please feel free to add your own in the comments below–this list is FAR from exhaustive! Where possible, we have linked to Black-owned bookshops.

Stamped from the Beginning by Ibram X. Kendi

Also, for Young Readers (though it’s so fabulous, I almost prefer it) Stamped, by Ibram X. Kendi and Jason Reynolds

How to be an Antiracist by Ibram X. Kendi

Between the World and Me by Ta-Nehisi Coates–seminal for me.

The Fire Next Time by James Baldwin–this is so fantastic, and a must-read. It’s really just two long essays. Coates bases his letter to his son in Between the World.. on Baldwin’s “My Dungeon Shook: Letter to my Nephew on the One Hundredth Anniversary of the Emancipation”

Disintegration: The Splintering of Black America by Eugene Robinson

The N Word: Who Can Say It, Who Shouldn’t and Why by Jabari Asim

Uprooting Racism: How White People Can Work for Racial Justice by Paul Kivel

The Meaning of Freedom: And Other Difficult Dialogues by Angela Y. Davis

Creative Community Organizing: A Guide for Rabble-Rousers, Activists, and Quiet Lovers of Justice by Si Kahn

The House That Race Built edited by Wahneema Lubiano

Black Stats: African Americans by the Numbers in the Twenty-First Century by Monique W. Morris

The Color of Law: a Forgotten History of How Our Government Segregated America by Richard Rothstein

The News: A User’s Manual by Alain De Botton

The Divide: American Injustice in the Age of the Wealth Gap by Mat Taibbi

Pedagogy of the Oppressed by Paulo Freire

White Like Me: Reflections on Race from a Privileged Son by Tim Wise

Witnessing Whiteness: The Need to Talk about Race and How to Do It by Shelly Tochluk

The Beautiful Struggle: A Father, Two Sons and an Unlikely Road to Manhood by Ta-Nehisi Coates

The Other Wes Moore: One Name, Two Fates by Wes Moore

The Grace of Silence: A Family Memoir by Michele Norris

High on the Hog: A Culinary Journey from Africa to America by Jessica B. Harris

Men We Reaped by Jesmyn Ward

The Fire Next Time by James Baldwin

At the Elbows of My Elders by Gail Milissa Grant

Fire Shut Up in My Bones by Charles Blow

Sister: An African American Life in Search of Justice by Silvia Bell White

The Water Dancer by Ta-Nehisi Coates

Half of a Yellow Sun by Chimamanda Ngozi Adichie

Salvage the Bones by Jesmyn Ward

The Bluest Eye, by Toni Morrison

The Underground Railroad by Coleson Whitehead

If Beale Street Could Talk by James Baldwin

The Burgess Boys by Elizabeth Strout

A Taste of Honey by Jabari Asim

A Lesson Before Dying by Ernest J. Gaines

No No Boy by John Okada

Playing in the Dark: Whiteness and the Literary Imagination by Toni Morrison

All about Skin: Short Fiction by Women of Color by Jina Ortiz

Rise of the Warrior Cop by Radley Balko

No Choirboy: Murder, Violence and Teenagers on Death Row by Susan Kuklin

Why Are So Many Black Men in Prison? By Demico Boothe

Freedom Summer: The Savage Season of 1964 That Made Mississippi Burn and Made America a Democracy by Bruce Watson

The Eve of Destruction: How 1965 Transformed America by James T. Patterson

The Fire Next Time by James Baldwin

Waking from the Dream: The Struggle for Civil Rights in the Shadow of Martin Luther King, Jr. by David Chappell

Turn Away Thy Son: Little Rock, the Crisis That Shocked the Nation by Elizabeth Jacoway

Buried in the Bitter Waters: The Hidden History of Racial Cleansing in America by Elliot Jaspin

Medical Apartheid: The Dark History of Medical Experimentation on Black Americans from Colonial Times to the Present by Harriet Washington

Race Riot: Chicago in the Red Summer of 1919 by William Tuttle

All Eyes Are Upon Us: Race and Politics from Boston to Brooklyn Sokol Jason

FOR FURTHER READING ON “WRITING THE OTHER”

“Writing the Other: Learn to write characters very different from you sensitively and convincingly”

“Why Is Everyone Arguing About the Novel American Dirt?” – Rebecca Alter, Vulture. 07 Feb. 2020

“How to Unlearn Everything – When it comes to writing the ‘other,’ what questions are we not asking?” – Alexander Chee

“Unconscious Bias, Stereotypes, and Microaggressions: How to Prevent These Subtle Forms of Discrimination from Affecting Your Workplace.” Unlawful Harassment and Discrimination eBook, Brookhaven National Laboratory. ​

“Getting Called Out: How to Apologize.” YouTube, uploaded by Franchesca Ramsey, 06 Sept. 2013.

Tell the story. Write a cultural comment and submit to journals and magazines you read like poet Danez Smith did in “Crying, Laughing, Crying at the George Floyd Protests in Minneapolis” for the New Yorker.

Blow the whistle on issues that need reform like young adult author L.L. McKinney did with the hashtag, #PublishingPaidMe

Buy, recommend, and gift books by Black Indigenous People of Color (BIPOC) and share work by Black writers on all social media platforms like “George Floyd” a poem by Terrance Hayes

To be an ally implies action. Speak up and speak out. Donate to a bail fund to support protestors of injustice.