Weeding & Pruning is a manuscript group composed of no more than five Writing It Up in the Garden writers led by instructors.

-For the first hour, everyone writes quietly, working on whatever they want to work on.

-Second hour, one of the five writers is on the hot seat with her manuscript, or one songwriter=2 songs, one poet=2-3 poems.

-Hot-seater sends manuscript four days ahead of the meeting, and the rest of the group must review.

Participants would be expected to read the manuscript twice and mark it up on the word document, making note of what works, where the reader gets thrown out, suggestions for improvement or suggestions about where to send the piece for publication. These notes can also be dictated into a voice memo app and saved to send to the submitter––but not until after the piece has been workshopped. Each participant would get to submit up to fifteen pages or two songs twice per ten-week term, so twice on the hot seat.

-Feedback is prescriptive, gentle and honest.

If you are interested, please let us know, and submit a short excerpt of writing or a song here. 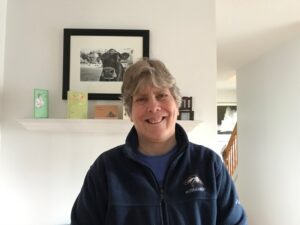 Elaine Apthorp is a truly remarkable teacher, writer, reader and mentor. She teaches from the heart as well as from the head. Working closely with the writer and the writing, her mission is to comprehend, appreciate, and nurture the project and the creative soul who is choosing to engage in it; help a comrade writer discover and achieve their intentions on the page; find out what the writer means to do and offer suggestions about choices one might make that could further those objectives.

Elaine has a BA summa cum laude from Williams College (double major in English and Religion), and an MA and a Ph.D. in Literature from UC Berkeley. In the course of her career at Berkeley, San Jose State University, and Milton Academy, she taught literature, creative writing, U.S. history, and philosophy. She’s published articles, essays, and reviews in a number of journals and anthologies (Legacy, Women’s Studies, San Jose Studies, TheEncyclopedia of New England Culture, The Heath Anthology of American Literature, among others); a one-act play A Play At The Plate, was produced by Reality Check theatre in San Jose; a short story, “Stealing Home,” appears in the anthology Hot Ticket. Over the last several years she’s been developing a four-volume series of novels from one of which “Stealing Home” was excerpted.

Nerissa is a founding member of indie-folk-rock band The Nields who have released 20 albums and toured North America. Previous publications include a YA novel Plastic Angel (Scholastic 2005), and All Together Singing in the Kitchen: Creative Ways to Make and Listen to Music as a Family (Roost Books/Shambala, 2011.)  Her work has been published in American Songwriter, J Journal: New Writing on Justice, Performing Songwriter, The Huffington Post, The Maine Review, and the Boston Globe.  She is currently working on her twenty-first album and the third novel in a trilogy about a family band.

There are no reviews yet.

Be the first to review “Weeding & Pruning” Cancel reply