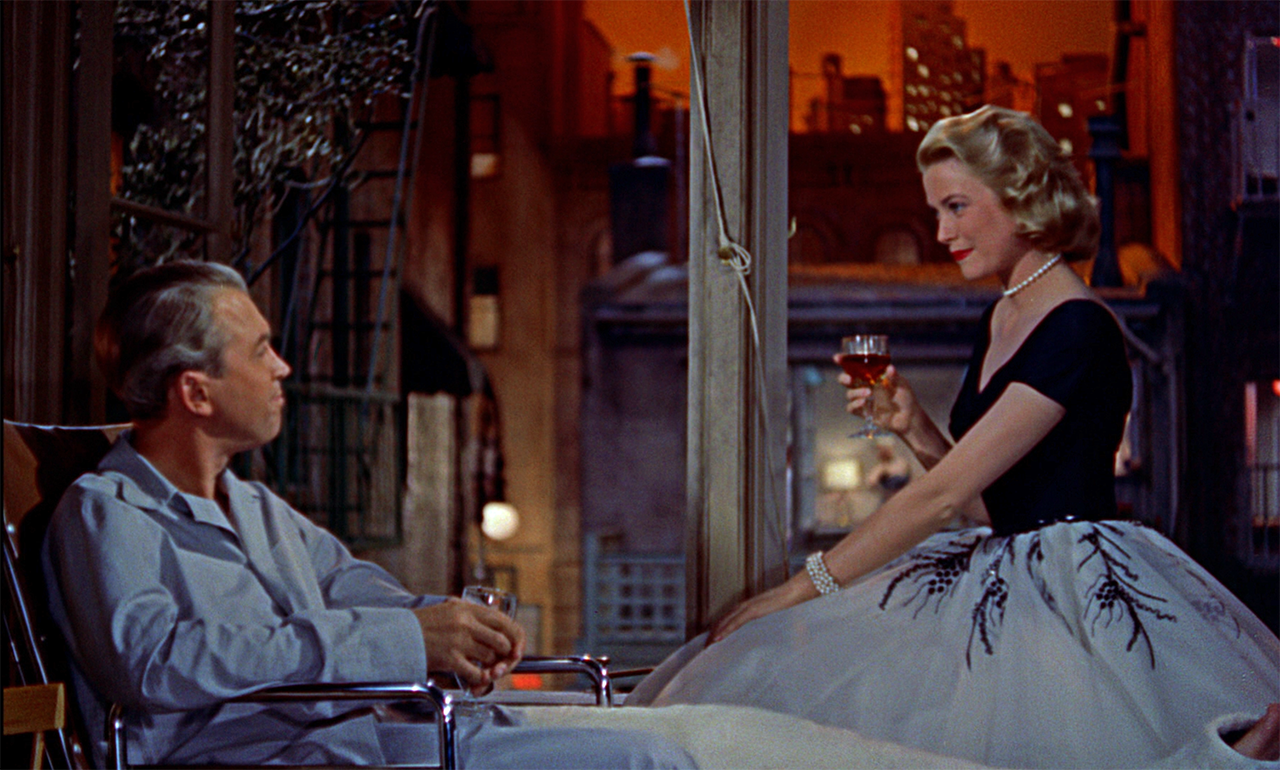 Last Friday, right before my Kali retreat, I took a news break to plunge into writing these 30 poems for November, and starting my new novel. I had the company of ten great women all weekend, as we wove our stories and memories and poetry and ate and laughed and walked my dog around the park in the crisp November air. On Saturday night, Tom and I went to see the 24 Hour Theatre Project, which made me laugh, be amazed, and delighted me to my core. I also recently saw the movie Rear Window, probably for the fifth time, and it was as if I’d never seen it before.

As you might have noticed, I am interested in Alfred Hitchcock. Who knows why we develop these interests? I have a similar thing for The Beatles, Bob Dylan and Shakespeare, and when I try to tease out how I got hooked by these people and their art, it’s always complicated. As I said in the song I wrote in 1995, my grandmother brought me to a Hitchcock movie when I was very young, and a little afraid of all films, but especially non-cartoon ones. Fortunately, it was The Trouble With Harry, and I left the theatre feeling immensely proud that I’d survived. Plus–my grandmother. I loved her, and the fact that she enjoyed Hitchcock had the effect of placing him in a warm spot in my heart.

In my twenties, I watched every Hitchcock movie I could get my mitts on in the local video shop, immersing myself in his world, studying the art of film through his lens, literally. I bought books on his work and technique and watched nearly every film he ever made, though I preferred his oeuvre from the late 1940s (Notorious) to the mid sixties (The Birds. I couldn’t stand Marnie, and everything after that seemed too creepy, and––frankly––bad).

I did read, in one of the books I devoured, how he abused his leading ladies, all “icy blondes” according the the writings of the times (why do we refer to women––human beings––in these terms?) I was disgusted of course, but this was the early 90s, and I had just voted for Bill Clinton, though I held my nose. At this time, I still made excuses for men. I was firmly in the camp of those who believed that the art should be separated from the artist.

Now, I don’t know if that is possible.

Like Hitchcock, I want to look, even as my viewing might incriminate me, make me culpable. And I allowed my children to watch with us, as we all sat on the couch with my laptop on the ends of my legs, looking at 25-year-old Grace Kelly fawn all over 46-year-old Jimmy Stewart, having to get him to say yes to a marriage with her, even as he insulted her and made eyes at Miss Torso, dancing in her undies, visible through a window across the courtyard. I thought a lot about the limited choices women had back then, even a beautiful and accomplished one like Lisa Fremont (Grace Kelly’s character. Hell, even Grace Kelly. What did she get for her beauty and talents and certain smarts? To be Princess of Monoco. What young girl today would think of that as a victory? Not my daughter. For that matter, not me either, circa 1980).

Today, I do have the ability to see Rear Window as an objectively fine work of art, as well as an historical artifact. The movie is firmly planted in its time––1954––with all those cultural resonances. As a woman, I am so grateful I didn’t live in that decade. But neither could I fully enjoy the movie the way I did when I was in my early twenties, and not so woke. You can’t unknow what you know. Is this the way it will be for the rest of my life? Will I feel icky when I watch all the movies made by Harvey Weinstein? Can I bear to watch them? I haven’t seen a Woody Allen film since Soon-Yi. This makes me doubly mad. Not only have these guys done hideous things to women (and men), but they’ve taken away the ease with which I like to engage with art. I can’t see the work clearly with the thin film of gross left behind by its maker.

Rewrite of my song Alfred Hitchcock from 1994-5

What’s it all about, Alfred Hitchcock?
I saw every one of your films
12 times

But still I loved to watch your movies
Every one from Vertigo to the Birds
That last one really is my favorite
I love how Tippi Hedren
Drives along the coast road.

What’s it all about, Alfred Hitchcock?
Can I watch them when
I know what you did to get all those scenes?

Alfred Hitchcock
How can I still watch your flicks?
This is more than unkind, this is sick
I can’t stand what I see
So you have wrecked this for me.

But maybe one day I will watch again
Remember Tippi Hedren got away
By the coast road.

Floating Las Vegas and the Cajuns

Dave Chalfant calls the boat a “float-el.” A Dad joke. He has the right; sitting next to him at the dining table which overlooks the sunset (when we’re heading south)…

It’s Day One of our Mid Winter/Almost March-Spring-Can’t-Be-Far-Off Retreat. Our theme is Feeding and Nurturing Your Muse. I have people writing in every corner of my house. We just had…

Once again, Katryna and I have managed to write 14 songs. Some are more realized than others. This year, we will be recording them more carefully and deliberately and posting…