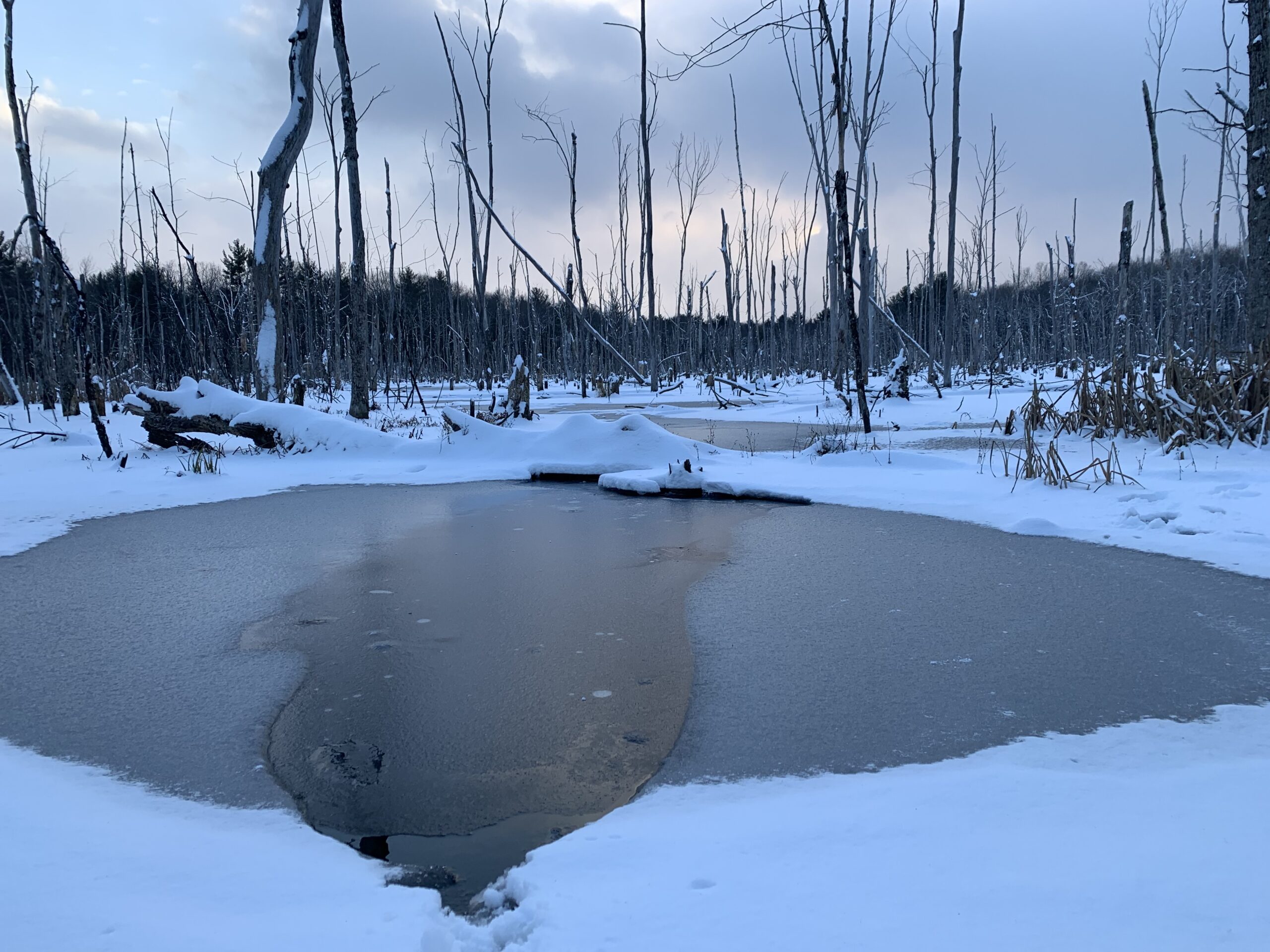 At the pediatrician’s, I’m trying to count the fish swimming in the aquarium. I think there are eight. There are a lot of impediments to counting, including a plastic statue of ET. I wonder aloud who’s responsible for cleaning this sparkling tank.

My daughter shrugs. She’s watching the fish, too. Neither of us reaches for cell phones.

Last Sunday, my family went for a full-moon skate on the river. I stayed home, read Louise Erdrich before bed. My husband called at 11:30, waking me from a deep sleep. He told me not to worry, but our daughter had hit her head and was in an ambulance headed to the hospital not fully able to remember what had happened.

I’m the kind of person you can count on to function well in disaster. A cool calm overtakes me and I seem instinctively to know what to do. Not this time.

I tried to get up, but my head spun. I forced myself out of bed, onto my knees, praying for help, but I was overcome with nausea. My head on the floor, I took deep breaths, felt no better, but I had to get to the hospital. I still don’t know how I did it. I was sobbing the whole way, entered the ER a wreck. My husband met me at triage and told me to pull myself together—it wouldn’t help our child to see me this way.

Lately, I seem to cry every day. I don’t think this is a bad thing. It feels, rather, like the correct response to the events of the past few years. When the pandemic began, I felt secretly relieved. I’d been doing too much, teaching three youth choruses, multiple in-person writing groups, coaching, traveling for shows on weekends, socializing on the off weekends, running two book groups, volunteering in my kids’ schools, cheering at the edge of the soccer field, ferrying kids to violin lessons. Suddenly, there was nothing to do, nothing to be done. A perfect peace descended on our cities. There was time to watch videos about wildlife crossing empty highways.

I adapted to a new life at home, which included the mostly delightful presence of my family members. We fell into a new, enclosed routine. We watched Marvel movies. We did jigsaw puzzles, leisurely stopping to fit in a piece, then moving on to check the sour dough starter. The noise of the world diminished.

Who exactly abhors a vacuum? After a few months of relative peace, it occurred to me to go to graduate school. The busyness returned. Soon, weekends were sacrificed to marathon writing sessions. I revised and rewrote my first novel, began a second. I wrote a critical thesis, finished my second novel and started a third. I read 85 books. My kids outgrew their shoes, grew their hair, then cut it short.  Family members got older; some got sick. Our friend Michael––our son’s godfather, my muse––lost his long battle with cancer. I didn’t so much lose friends as forget that I had them. I am a hugger. I learned not to hug.

At the hospital, only one parent could be on the other side of the ER door due to COVID. I sat next to her stretcher and held her hand.

In this moment, she is alive. She is awake. She can talk.

What happened exactly? she asked me again.

You fell on the ice.

I don’t know. I wasn’t there. Do you want me to ask your dad?

Abigail the RN wheeled her away for a CT scan. I put my head on the cold floor and closed my eyes. Help me help me help me.

When she was returned to the ER hallway, my daughter asked again,

You fell on the ice.

I said, “Do you remember getting a CT scan?

My band performs weekly on YouTube. We’re lucky to have these platforms, luckier still to have fans who want to see us, who support us through donations and tips. Luckiest of all to have each other, to have music. Lately I’ve been too busy with my MFA to practice the piano. Sometimes I have to remind myself to listen to music. When I learned our one live show had been cancelled due to Omicron. I felt the tears come, then felt the freeze before they fell.

After Michael died, I expected to hear from him. I looked for him in the usual places—birds, wildlife, a gentle sense of presence. But his only hint was the sudden appearance of a daffodil in the middle of the lawn near our St. Francis garden the day after he passed. It seemed obligatory; he was making the rounds. I understood. He’s got a wonderful wife, four amazing kids, grandchildren, siblings. I believed he’d pay me a visit eventually. But months passed, and no Michael. I tried not to resent this.

My daughter made an effort to remember. She pointed out another RN. “Patrick?” she asked. His name was, indeed, Patrick. She recognized Abigail, even though she still didn’t remember her CT scan. Her doctor finally arrived to tell her that the scan was normal. “Just a concussion. No bleeding on the brain,” he said, which caused me to lie on the floor again.

“Don’t mind me,” I said. “I faint easily. I’ll just be listening from down here.”

“You do you,” he said, and informed us that we were free to go.

Recovering from a concussion requires lots of boredom toleration. No screens, drawn curtains, no vigorous exercise. Determined to offer solidarity, I hung out with my daughter doing nothing. I input her guesses for Wordle into her phone (even without looking, she kept getting the right answer within three tries). Her cousin brought her a Marvel coloring book, and she’s been diligently filling in all the superheroes. We go for slow walks around the park.

Yesterday as we were navigating the icy paths in YakTraks, I felt Michael join us. It was as if he never left. I smiled at the snow. Why now?

At the pediatrician’s, the doctor and I said the usual things: I can’t believe it’s been two years, and I don’t know how to be social anymore. How strange for her to keep her distance from my daughter whom she has known since infancy. “I want to hug you!” she said.

I heard Michael say, “You told me once that you’re a pro at leapfrogging grief. Remember that?”

“You did. You said your superpower was to see the bright side, but that meant you sometimes skipped the grieving part.”

Michael made the face he often made when he didn’t want to answer: nose-wrinkled, tongue-extended. “Not really. Not in the long run.”

Our pediatrician performed a neuro test on my daughter and declared her well. We came home and solved the Wordle (ROBOT). She got to work coloring in Iron Man, and I started to write a list of people I miss, a list of people I will seek out when it’s time to finally emerge. A list of people I would hug, if it ever becomes safe to do so, if I ever remember how.

Music Is Not A Luxury

“… I have come to understand that music is not part of “arts and entertainment” as the newspaper section would have us believe. It’s not a luxury, a lavish thing…

…But her soul, only partially unpackaged, singsthrough the slate that guards it, contacts those of us waiting here with a splay of its softscrutinizing fingers. Her soul is a sapling…

Small Queen of the Earth

Queen Of The Earth, Child Of The Stars by Leela GraceOn the night that you were born, I looked out the window to the sky And the brilliant stars sang…