Why An Artist Needs to Write Fiction, Even When There Are No Marshmallows 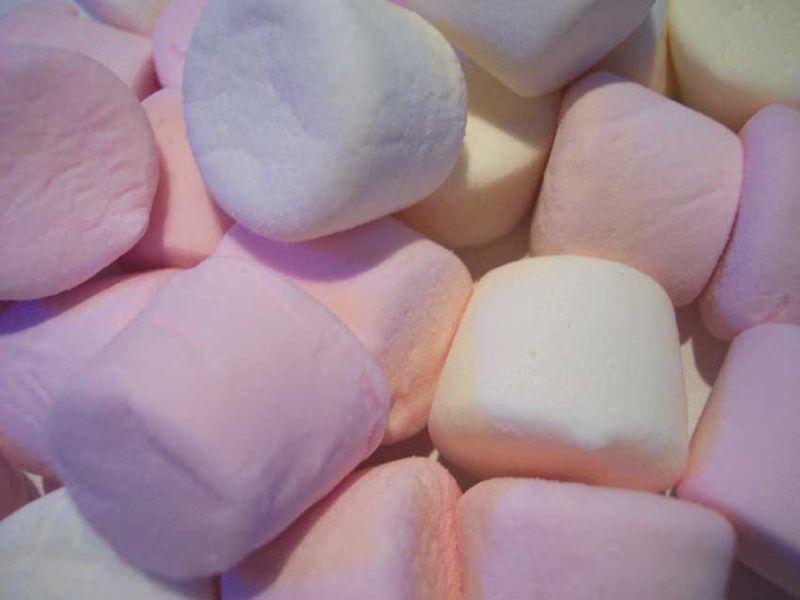 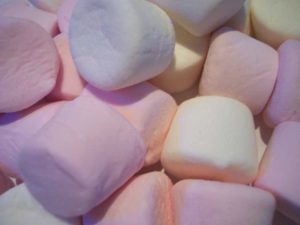 Do you remember the marshmallow experiment of the 60s? Briefly, some researchers nabbed a bunch of 4-year-olds and put them in a room together. Each child was given a marshmallow and told, “This is yours to eat. But if you wait to eat it until I come back, you will not only get to eat this marshmallow, but you will also get a second one! All for just waiting a few minutes!”

As you know, if you have been reading this blog, I participated in 30 Poems in November (I wrote a mere 5.) In January, I am about to start a blog writing class in the hopes of delving into my two blogs more fully, making them richer, more satisfying avenues of expression. Katryna, Dave and I are almost finished recording our new CD The Full Catastrophe, and Katryna has listed five new ideas for future CD projects (a Rock n Roll “Peter and the Wolf”; a tweener CD, a Christmas/Holiday CD; a project called Songs for Churches without Walls; a collection of folk artists covering Gilbert & Sullivan–and that’s not even counting our CD aimed at school age children about Greek mythology, which we can’t do now since Dar is releasing a record on the same topic. By the way, speaking of freak folk synchronicity, guess what Ani diFranco’s new CD is named?)

All this is to say, I am at the stage of my life and career when I have more work than I can handle. I have writing that has to get done. Recently, for instance, I had to edit the edits of our web copy for our new HooteNanny website. Over the winter holiday, I have to re-read How To Be an Adult so I can facilitate a workshop on it for Smith College at the end of March. I have songs to write. I was supposed to write a solstice song. I have a verse and a chorus. Life is full and rich right now: I am producing a Solstice show at my son’s preschool; I came in to sing holiday songs to my daughter’s kindergarten; and Friday we are Caroling to the Animals at Smith Vocational/Agricultural School at 3:30pm (be there if you like Christmas Carols!) Isn’t this real life more interesting than anything I could dream up?

But once upon a time, I did dream stuff up. I used to write novels: two novels and half of a third. Novels are the hardest of all literary forms in that one has to constantly re-read one’s work in order to be effective, and that means it can take weeks just for a re-read. When I was writing, I would go for a few months with rough draft material, then read everything from beginning to end, then re-write, slashing the print-outs with a red pen. Then I’d edit, write new scenes, print out again, and try to re-read the whole thing as fast as I could–to keep all the story lines straight, to make sure that the characters were consistent. I wanted to write a book that the reader couldn’t put down, so I had to make sure that my writing was strong enough for that kind of voracious reader.

My first novel Plastic Angel was published, but my agent couldn’t sell my second novel, The Big Idea. I have a print out of it from 2008 in a gigantic three ring binder. I know why it didn’t sell–I had plenty of encouraging and friendly rejection letters telling me why. In the end, one of the main characters didn’t quite come through the way he needed to. Another character has an ending that doesn’t make sense to me today. And finally, most importantly, the big idea wasn’t big enough.

I know what I need to do. I need to pick up that big red three ring binder and re-read, with my red pen. But man, that binder weighs a million pounds. And I have SO MANY OTHER THINGS TO DO! Things that might actually earn me money. The marshmallows are all lined up for those other projects (granted, not that many marshmallows for a new CD these days, but still.)

I took the bag of marshmallows up to Jay’s room this afternoon, where he and Elle were playing. Jay was stark naked, as is his 3-year-old wont, and Elle was on top of his bureau, about to leap to his bed. I said, “Hey, do you want to play a game?” and shook the bag of marshmallows in front of their eyes. I explained the rules and lay a tiny marshmallow in front of each of them on the bed. Then I left the room and closed the door. From the other side, I heard, “Jay, don’t eat that. Don’t. Eat. That. You will get another one if you don’t eat that!”

I heard the bed springs bounce up and down as I checked the second hand on my watch. “I know,” said Jay. I smiled. Perhaps trampoline-as-bed trumps marshmallow. When I came back in, both marshmallows were still sitting on the bed.

“That’s great!” I said. “Now we don’t have to worry about paying the Princeton Review.” The kids shrugged and grinned and downed their treats.

There really is no good reason to try to re-write The Big Idea. In this market, it probably won’t sell. Novelists other than the regular crowd from the New York Times Book Review don’t make much from their advances anymore, and with the dawn of the e-reader, royalties are getting slimmer and slimmer. My family needs my attention on them. I have precious little time to read anything at all; should I really spend the next few years only reading myself?

But. The red 3 ring binder was up in the attic two weeks ago. Last week I brought it to my office on the second floor. Sometime over the weekend when I was too sick to do anything else, I dragged it to my bed. And opened it. And picked up my red pen. And marked up the first few pages. And scrawled myself a bunch of notes in the margins. And as I went for my run yesterday, I figured out a solution to one of the nagging plot points.

Why tell a story?

I don’t know if 2012 will be the year I tackle The Novel again. I do hope 2012 will be the year that I start to read again. I hope to read and re-read and let the stories of others filter and play through my mind. I hope to read to my kids—maybe even Harry Potter!—and to Tom. I hope to play the marshmallow game and win– resisting the temptation to gobble up that which is in front of me, in favor of putting a little time in to unpaid, unplanned, unpaved ways that will lead me (I hope) closer and closer to my missions.

Daily Prompt #1 At the Florida retreat, Carmela Pedicini had a great idea for me: to give a daily prompt or inspiration on this site. Let’s see how many days…

This is from our January 12 session with Zak Trojano. We are showing him how “Full Catastrophe” goes.