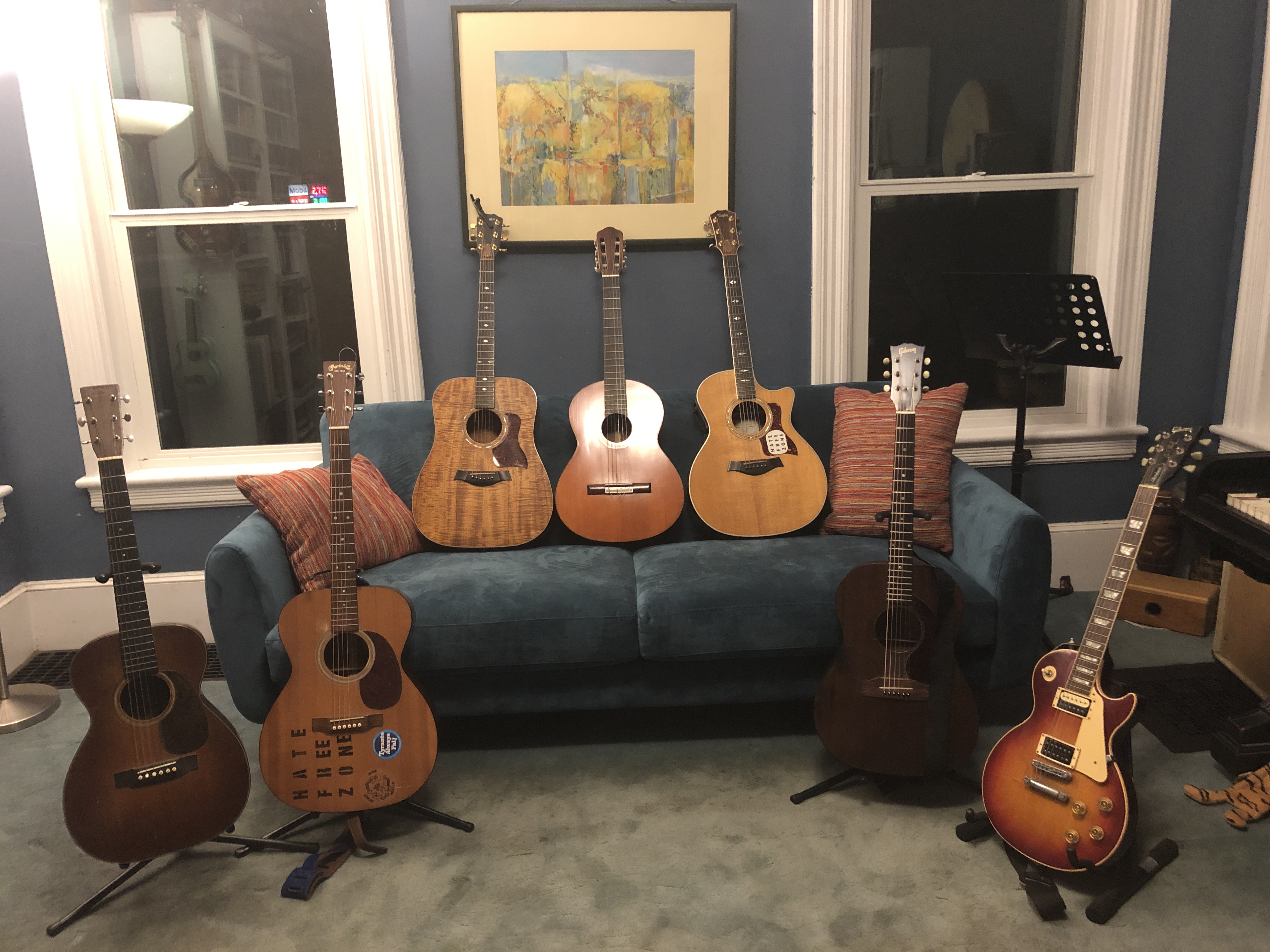 There’s a muscle in my back
Left trapezoid, north of the rhomboid
That never relaxes.
It’s the muscle that can’t stop grabbing for the guitar.
“There, there, there!” I show my husband
“There, there, that’s it!” I tell the body worker
“Yes, that stretches it,” I tell the yoga teacher
But nothing really does make it relax completely. Ever.

It is a fist deep inside my back
Forever pumping its enthusiasm.

It wants what it wants:
The Martin
The Taylor
The Gibson.

As I collected each one,
I believed it to be THE one
The songwriting one,
The stage one,
The travel-everywhere one
The one that would make me look good
Forever redeem my elementary school career failures.

Instead, they all took to one role or another
Once, we packed them like furniture
Into the back of our trailer
Each night, three would come out
Line up on stage, have a turn to shine.

My guitars are scattered now.
The Taylor is in a closet at the Montessori school waiting for the children
The other Taylor’s in the attic, where I let it freeze, uninsulated
The Gibson’s in the studio. It needs new strings.
The Martin’s in its travel case, dutifully waiting for the next gig.
Three are suspended on hooks: the other Martin, the electric Gibson
The classical my father gave me
Which I rarely play
But could never give away;
Its wood smells like the very end of my childhood.

Today
I reunite them all
Finding their cases in the basement
Traveling to the school, the studio, unhooking,
Climbing the stairs
(All this, of course, inflames the muscles in my back)
I assemble them, all seven,
In a semi-circle around me
The Martin
The Taylor
The Gibson
Propped up on stands,
Naked and tuned
Like sentries
Like soldiers
Like Kindergarteners

For what have you brought us here?
They ask me.
I don’t have an answer.
I was hoping they would tell me. 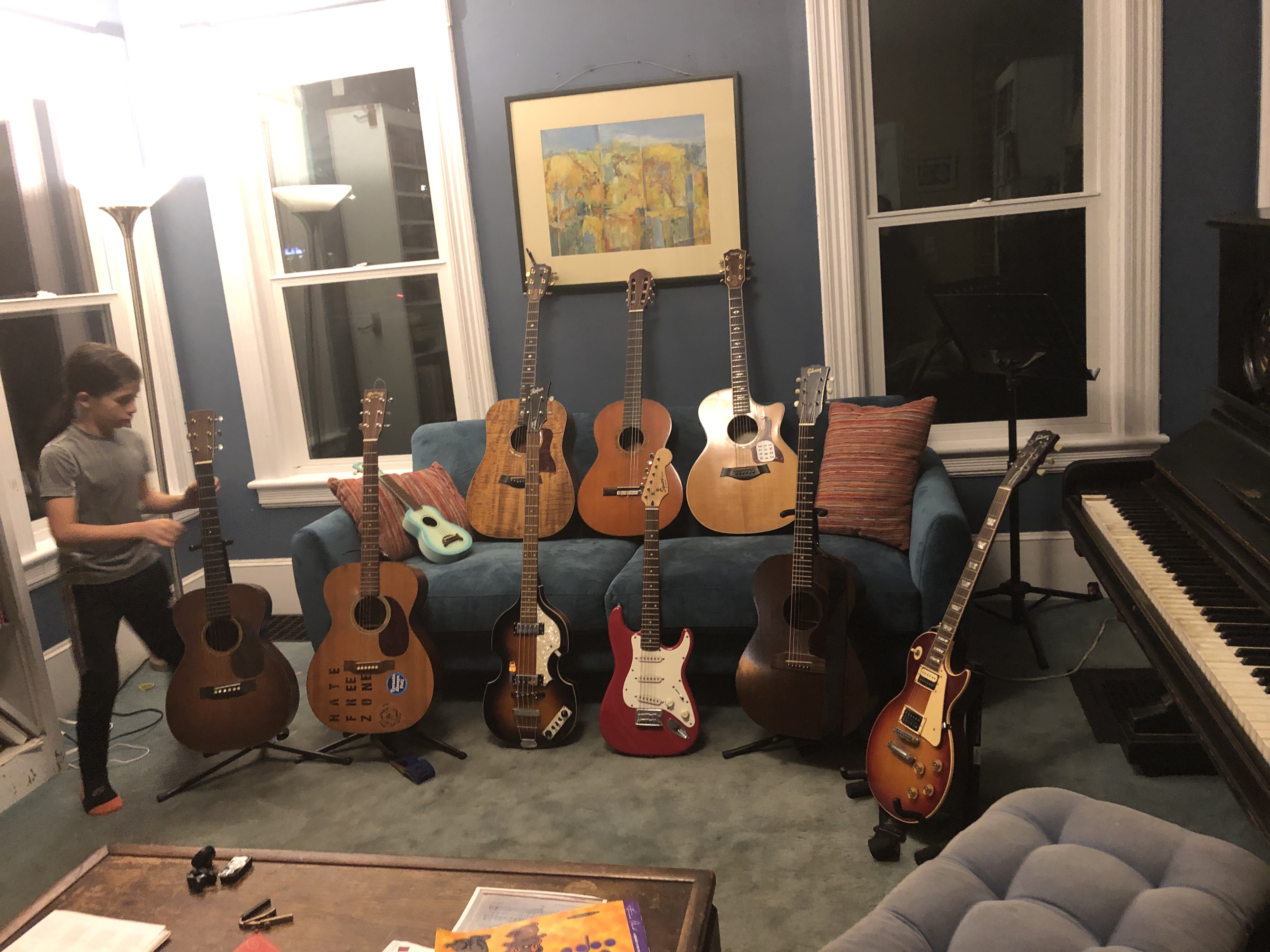 If you enjoyed this poem, please consider donating to my page for 30 Poems in November here.

Did you see those maps?

Stranger, you are welcome hereRegardless of the laws of men and womenWho don’t see that freedom can’t be contained by a wall.This land, always yours to claim, as much as…