When They Said He Won 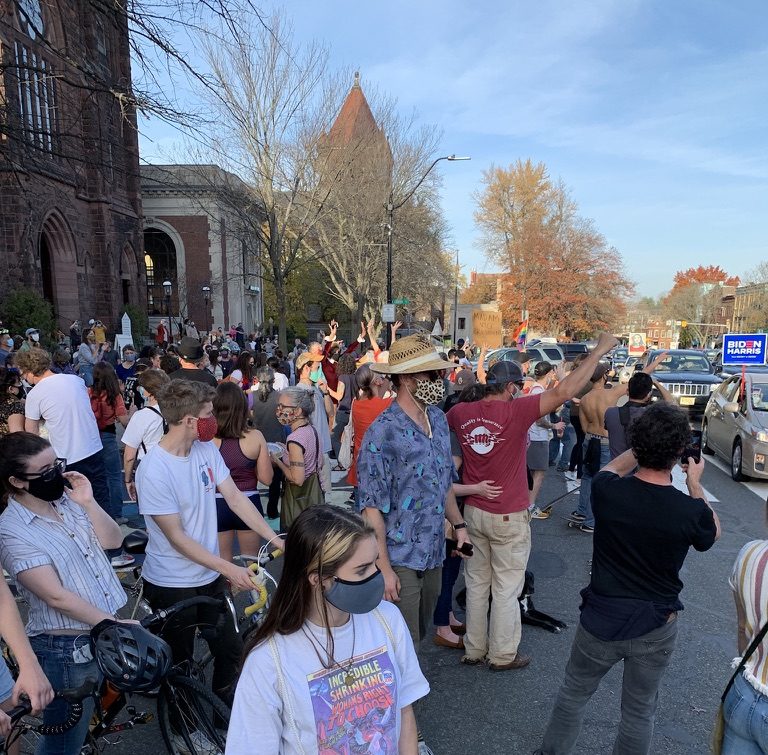 When they said he won, they meant release the prisoner––you––from her cage.

You can gaze at the trees again.
Look at them glow in the November sun––the leaves on the far one
match your aunt’s car from the 1970s
the yellow-green of a pond.

When they said he’d won, they meant, feel free to laugh again. And this time from joy or from nothing. No longer limited by the cadence of scorn and derision.

This laugh comes after the war
after the false diagnosis
after the fire’s extinguished.

When they said he won, they meant she won. And she wore white that night to remind you of the women who fought and marched for three quarters of a century and more to get the right. To gap the gender.

She wore white for Hillary
for her mother
her sister
her nieces
for your daughter
for you.

When they said he won, they set themselves free. They said, we can stop. We should have known. Not everything revolves around the car wreck.

There will always be car wrecks. They were there all the time.

When they said he won, she won, we won, they meant, go out and dance. Go out and love your neighbors. Bang on a pot and howl like a wolf. You won’t forget this any more than you could forget those other moments, the ones that seared you. Dance to remember.

Many of my dear friends and fellow scribblers are writing daily these days, and maybe you are too. We’re part of a longstanding tradition called 30 Poems in November, and we write to raise funds for the work of Center for New Americans, a local non-profit that supports newcomers to this country on the level of goods, services, helpful information, English lessons and more. I am posting first drafts of my poems daily on my blog, although I am defining “Poem” loosely. I would be grateful if you would sponsor me and/or another poet. All funds go directly to Center for New Americans.

In November 2016, I started writing new lyrics to Katharine Lee Bates’s beautiful hymn. Throughout the last four years, I have added verses. Today, I wrote this. O beautiful DemocracyWhere…

Let me take you behind the scene Where the people live on another screen Well, we all love screens, And confuse them for the truth. We have no reason to…

Our grandmother’s kitchen was neither opulent Nor clean Though the house was, By any account except today’s, A mansion. No matter. We studied the art of Intentional shabbiness Narrowing the…