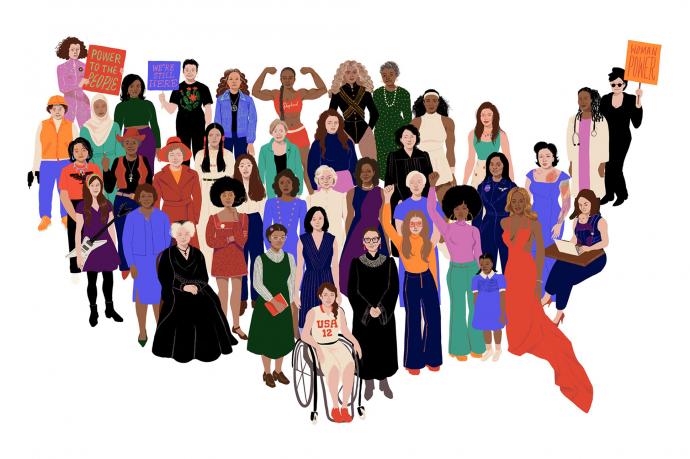 She is tired of fighting with him.
Tired of his insistence that this is his turf
Tired of the blustering
Tired of pretending she doesn’t see through his rationalizations.

She wasn’t always like this.
She fought for years to keep the marriage together
On principle more than affection.
What God has brought together let no man put asunder
And what will it do to the children?

Look around at other countries whose parents have divorced
Civil war, bloodshed, plunging GDPs

How many people live within her?
Some days the population seems manageable
A bunch of sleepers
Yawning over morning coffee and iPhones
Languidly punching icons to get their am fix:
How many hours did FitBit say I slept?
What does Apple say about whether or not it’s raining now?

Other days, she can’t focus because they’re all fighting
Even the ones who agree about everything except
The color we should paint the ocean.
“What does it matter?” she calls over their shouting, trying not to lose it.
“The ocean is just a reflection! It’s just a reflection!”

He was fine with her when she was like this: supplicant, on her knees.

But like every other Less Than Person
Those who were once 3/5ths,
those who only get counted since the double-digit amendments,
It became exhausting to explain that she, too, was made of the same raw materials that he was.
She wanted the skin off the roast chicken, too.
She wanted a health care system that studied her organs, too
She wanted to walk down the street without her keys flexed in her fist
She wanted to get drunk and have a fling
Without flinging away her life

Who is the man she married, anyway?
When they wed, she barely knew him.
Yet they had many good years, she can’t argue with that

He would say it’s today’s loose mores
That have caused her to question and lose her joy.
“Just accept that this is the choice you made,” he says
“You have it good. Look around. Why are you always complaining?”

But she has lost her joy.
Every morning before she takes out her earplugs
And pulls the sleep mask from her eyes
She prays, “Let it be sunny, or I am doomed.”
She clings to the sun, soaking in the faintest rays.

She has come to hate him
She has not come home
She moves far away into the mountains
She pretends he doesn’t exist.
She reads about him on Facebook and then blocks him.
She is tied to him forever.
She takes his name off her driver’s license
With a pair of scissors
Cuts each letter off, one by one
And mails the pieces back to him

She will form her own country
Of the formerly 3/5ths people,
The queers, the half-Owls, the howlers,
The New Americans

In their new country
She will walk freely down her side of the street
She will put her half-key into a half-lock
And feast on her piece of the half-pie
And only on the rainy days
Will she gaze fearfully
Through her half-curtains
To see if he is coming after her.

Fail. Fail Again. Fail Better. -Samuel Beckett Lila is sitting next to me on the corner of the easy chair as I write this. She is wearing mismatched pajamas and…

Writing songs is a little like raising kids. The idea seems to impregnate itself inside you and pretty soon has a life of its own, letting you know, by poking…

Tearjerker of the day. Thanks to Martha Beck for passing this along!