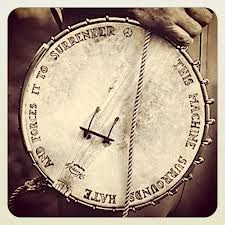 When Pete Seeger was blacklisted in the 50s, after being accused of being a communist by the House Committee on Un-American Activities (HUAC), the Weavers’ career dried up. Pop radio’s loss was my family’s gain. Pete’s wife Toshi booked him in colleges, but he also made regular appearances at the Dalton School in New York City, where my father was lucky enough to have Pete’s brother John Seeger as his geography teacher. Pete taught the Dalton children “Deep Blue Sea,” “Sweet Potatoes” as well as his friend Woody Guthrie’s “This Land Is Your Land.” My father’s idea of what a song was, what a song could do, grew from these assemblies. He and my mother fell in love at a Pete Seeger concert in 1961, singing along to “Last Night I Had the Strangest Dream.” They raised their three daughters on folk music in the Pete Seeger tradition. Pete, being one of the most generous as well as courageous musicians who ever lived, had introduced many a young performer to his audience: Bob Dylan, Tom Paxton, Odetta. We grew up with their albums, but in true Seeger style, we mostly learned them straight from my dad, who metabolized the LP versions of the songs and made them his own by singing them and playing them to us, guitar on his lap, us at his feet. 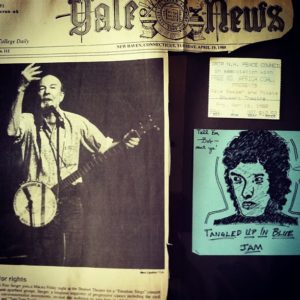 In college, I founded a folk group called Tangled Up in Blue, and we covered many a Pete song. One early spring day in the late 80s we all trooped over to the Shubert Theatre to see Pete play with Mikata, a local salsa band. After the show, there was a VIP only meet-and-greet. We stormed the cordons, surrounded Pete and sang him our version of “Wimoweh.” He beamed at us, sang along and afterwards said, “I’d love to have you all come up to Beacon and help me lead a workshop on rounds. I’ve been thinking a lot about rounds….”

I’d read David Dunaway’s 1981 biography How Can I Keep From Singing when I was seventeen, and it was as if I’d been handed my How-To guide. How could I be anything other than a folk singer working for a better world, using the power of song and voices joined together in community to effect changes in people’s hearts and attitudes and actions?

But I was also a teenager, a poet––hungry for what my other heroes, Bob Dylan and the Beatles had achieved: fame, money and influence. Also, I am a woman, and in the late eighties, all I saw was how hard it was to get attention if you didn’t possess the trifecta of being young, thin and beautiful. And so I lobbied my beautiful sister, Katryna, to join in my quest, to let go of her long term dreams of becoming chief Justice of the Supreme Court and her short term dream of getting a fellowship to travel and study in Nepal, and instead become the next Beatles with me. 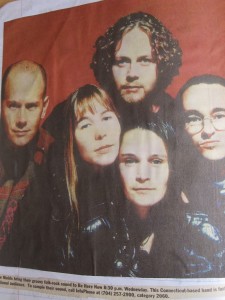 “I am not going to spend my life trying to get a number one hit,” she said. “I don’t think I could be happy trying to be a famous pop star and not getting there, but I could spend my whole life striving to be the next Pete Seeger and I’ll love it even if I fail. Pete’s work is all about the journey. I want my life to be about the journey.”

That woke me up. We had indeed gotten a lot of attention in the early nineties for being “young, hip and hot,” as the Boston Globe termed us. We were pretty girls, or pretty enough. I’d studied how to write an alt-rock song full of alt-rock angst and irony and noir. We wore black motorcycle jackets and boots to match and scowled at the camera and coaxed feedback out of our amps. We’d gotten signed to the same label as the Beatles and procured a publishing deal from Madonna’s imprint. But when the labels went belly up, Katryna’s mission statement shone strong: fame and fortune are ephemeral. What matters is the kid dancing at the front of the stage, or the one singing along in her car. Did we inspire these kids? Are they going to make music, pass along the message of peace, love, self-worth, courage? If so, we’ve done our job.

We wrote a different kind of song after that. We dug into our own communities. We became parents. We started making music for kids. After all, that’s what Pete had done. We continued to perform and travel and produce CDs and books, but the focus was less on vainglory or even some humble ambition, and more on gratitude. We are lucky enough to be musicians. We are lucky enough to serve with song. We won the lottery.

Over and over again, when Pete was questioned by HUAC about whom he knew—they were of course trying to get him to name names—he’d say, “I won’t tell you who I sang to, but I’d be more than happy to play you the songs we sang. Don’t you want to hear a song?” He so believed in the power of song to change a person, and I love that he knew that those congressmen would soften if he sang them “Wasn’t That a Time.”

Today, I sing “If I Had a Hammer” to the second graders at Jackson Street School (it is, for some reason, heavily requested). We talk about courage; we talk about justice and freedom. And we sing about love between our brothers and our sisters. In singing, we practice love. It’s all we have. And it’s all we need. 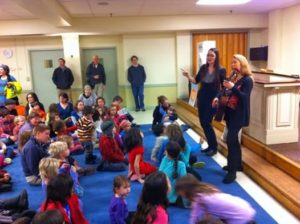 The Nields are performing at the Iron Horse February 8 with their band. www.nields.com

Second in a series about the songs on our forthcoming album The Full Catastrophe I wrote “Good Times Are Here” in mid-winter 2008, soon after Barack Obama had won the…