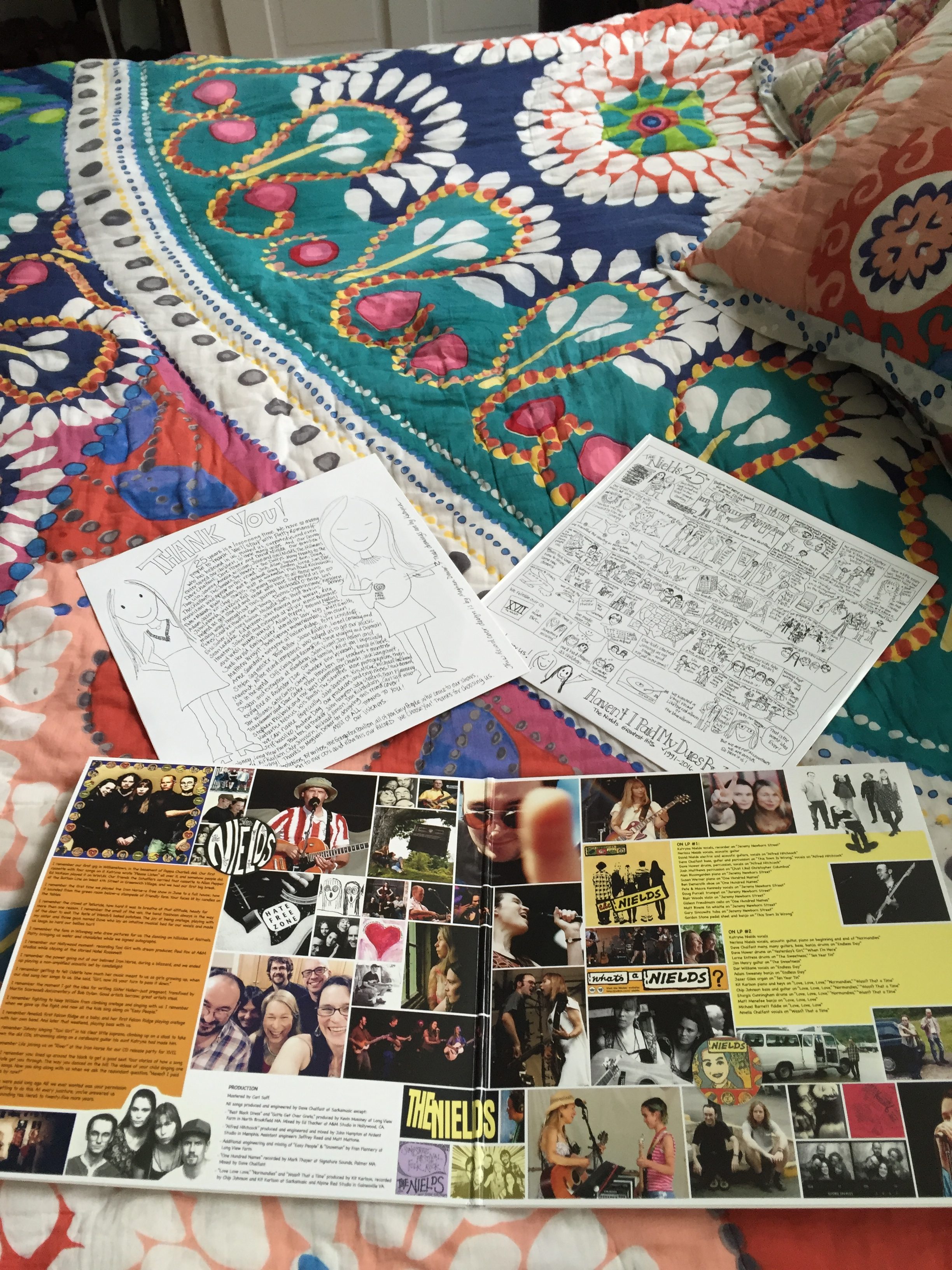 Doesn’t every musician born about two-thirds of the way through the last century dream of releasing a double vinyl LP collection of greatest hits?

I know we did. One of our first purchases–scrimped from birthday and allowance dollars, shared between the two of us––was a copy of The Beatles 1967-1970, better known as “The Blue Album” to American Beatles fans. It’s not really possible to convey in words how important that collection was to us as children (we were nine-ish, ten-ish, eleven-ish…) I can feel the disc between my two palms even now, remembering how I’d place it gently on the spindle, waiting for it to drop, hoping the mechanism would catch.

Then I’d hear it–the music the four lads had made ten years previously, at the Abbey Road studios, yes. But something else, too. I’d hear the pops and crackles made not by them but by us.

We made those pops and crackles, and this is what makes listening to vinyl a fundamentally different experience from listening to mp3s or even CDs. Vinyl becomes, over time, a shared artifact between artist and fan. Like the Velveteen Rabbit, it’s more valuable the more worn it is, the more loved. The love, in fact, creates its own imprint.So here is what we hope will become our mutual project. We can’t know who you are, reading this and listening to these LPs. But we hope you are a nine-year-old child, or, barring that, at least have a strong nine-year-old child within you, who will connect to what we did in 1992, 1996, 1998, 2000, 2002, 2004, 2007, 2010 and 2015.

And we hope in another twenty-five years you will still be playing this disc. Only by then you wiill have overlaid it with your own imprint of pops and crackles, of whispers and ghosts.

The last thing I should be doing right now is posting a blog. So maybe that’s why I need to do it. I am navigating the world of ebooks, to…

Last night, we lit a fire in our backyard fire pit and huddled around it, jostling each other to find the back end of the breeze. It was a crisp…

I discovered yesterday that Patty, our longtime manager, doesn’t believe in indoor heating. I figure this has something to do with her obsession with women’s basketball and subsequent wardrobe of…