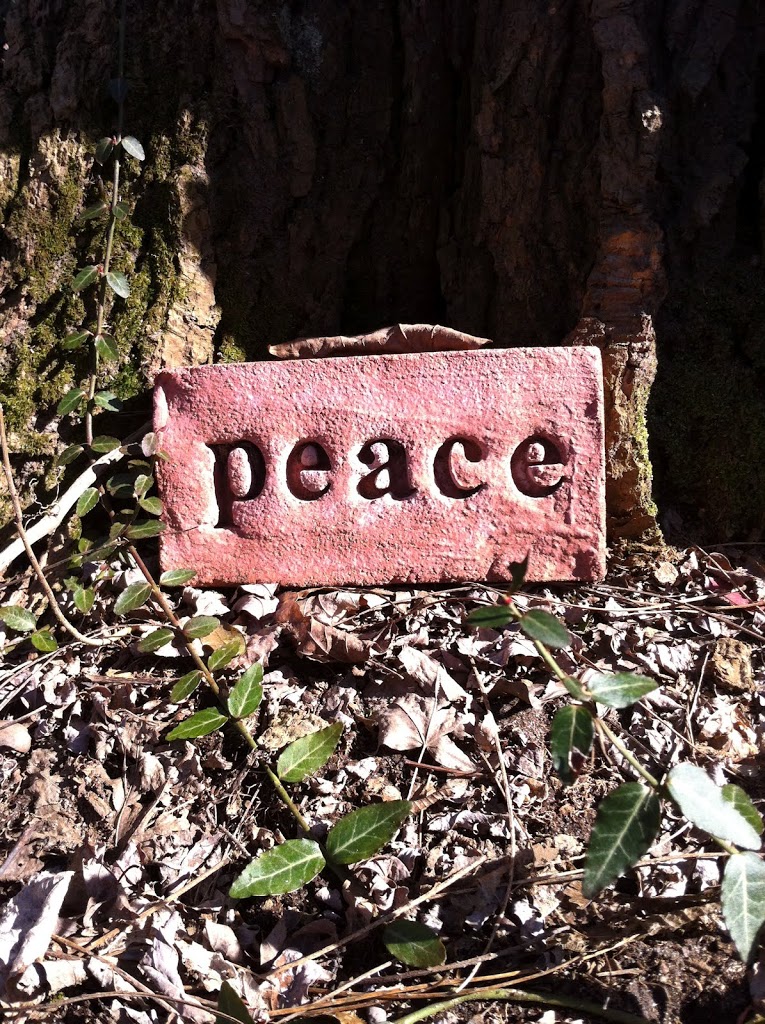 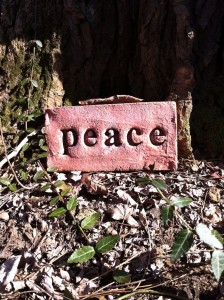 I am going to take a break from my assignment of writing on the writing/recording process of each of the 13 songs on The Full Catastrophe (our 16th CD, due out April 10, 2012) to write about peace and love. “Be ye perfect, as your heavenly Father is perfect,” said Jesus. (Matt. 5:48) Though that oppressive word might better be translated as “whole,” “complete,” or my current favorite, “mature.” But as this passage comes in the context of Jesus talking about loving our enemies (“If you love those who love you, what reward will you get? Are not even the tax collectors doing that?” Matt 5:46), I’m thinking he’s not really that interested in the 4.0 kind of perfect. That kind of perfect is way easier than the kind of maturity that’s called for these days.

It’s late March. We just lived through a thoroughly delightful heat wave, where records were broken all over the country–where the daily lows were seasonal record breakers, for that matter. Sweet as it was to go jogging in a tank top, it was hard to fully enjoy it when, after googling “Climate Change New England” I got this, from that radical web site “New England Aquarium.” In the hopes of not losing you right now, I will stop talking about natural (man-made) disasters and instead place an asterisk here* and you can follow it down if you want to read the most disturbing of the forecast.

Somehow, no one really wanted to stand around worrying with me last week when I expressed my ambivalence about the warm spell. Was I really going to look the carpe diem gift horse in the mouth? Anyway, it’s basically my religion to try to figure out why today’s bad news might be good news sometime in the future; if, that is , we can be fully present to what is going on, inside our bodies and outside, honestly naming what it is. And so that is what I did last week. I sat a lot with my eyes soft like what my friend’s four-year-old calls a “prey animal” and tried not to go on the attack. I listened a lot to the Beatles with my son. Another of the tenants of my religion is that if you, like the Beatles, keep hammering the themes of Peace and Love you can’t go too far wrong.

This got harder the day we flew home from Florida and read about Trayvon Martin. Living as I do in Northampton MA, I never cease to be amazed at how different the rest of the country is. When I read some of the thoughts about the case–about how this is proof that multiculturalism doesn’t work, about how “blacks only care when it’s one of their own,” I just want to sit with my head in my hands and cry for the rest of my life. I think about my friends and neighbors, parents of African American children, and how they tell me at a certain age they have to sit their sons down and give them The Talk (“No, it’s not fair. But when you see a cop, do not ever ever give him lip. When you walk in a white neighborhood, do not attract attention. Do not behave like a teenager, even if your white buddy is.”) I think about my own kids, being in the right place (their own neighborhood) at the right time (when is it not the right time to be getting some fresh air?) with some paranoid with a gun trailing them. Only it wouldn’t happen to my kids in that same way. And at some point I am going to have to have a different kind of The Talk with my kids, letting them know that they are privileged beyond measure, and that what they do with that privilege is up to them.

Peace and love, huh? I want to rail and scream and physically harm racists and Rush Limbaugh dittoheads. Other than that, my quiet time, sitting with my eyes closed as I pretend to be a prey animal, is going just fine. And just as I recognized during 911 that our rage at the attackers was going to spiral into something far worse, I can (barely) see now that getting angry on top of the hateful shooting and dispiriting injustice is going to make matters worse, unless the anger can be channeled into some more skillful energy. On Saturday night, Katryna and I sang “Black Boys on Mopeds” to our audience at the Common Ground in Hasting-on-Hudson. That’s what we do–we sing. Another tenant of my religion is that people singing together can change and has changed the world.

In much better news, Anne Lamott has a new book out. Pam Houston has a new book out. Regardless of the thermometer, the sun is returning, a few more minutes of its glory each day. At my daughter’s school, the entire community sang and played (faculty forming a ukulele band) “Black & White” made famous by Three Dog Night. My son loves Yoko Ono and knows that women can rock out on electric guitars. I want to cling to these allies and close my eyes to the rest of the world. I want to stay in my safe little uncontaminated liberal bubble, where no one blinks when a kid talks about his two daddies, where my kids are surrounded by others from completely different economic backgrounds, races, religions and cultures. Last week, Tom and Jay and I went for a walk by the river where we happened upon a kind of guerilla labyrinth, full of homemade totems of personal witness and faith. 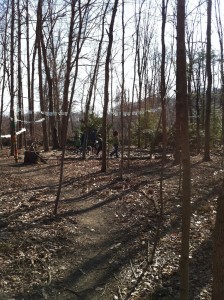 As I walked the labyrinth with my hot and tired son in my arms, I thought about how my work is to grow my own heart three sizes bigger so I can love the rest of the country, as my heavenly parent does. Do I really think God likes me better than Rush Limbaugh? Well, yes, I do, but I am still very young and confused.

I have this hope that as I age, as my face falls and my muscles get soft, that my heart, which is a muscle too, will soften as well. That it will become easy for me to love the racists and the hate-mongers, that I will look out of my leathery face and see each of them as an angry three-year-old. 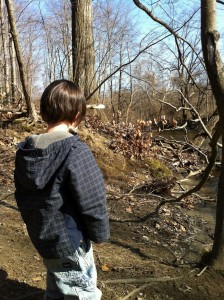 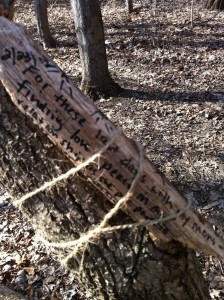 *”The potential for transmission of diseases such as malaria, Dengue fever, West Nile virus and Lyme disease is expanded with warming as the habitats of disease-carrying insects expand. Warmer seas could contribute to the increased intensity, duration and extent of harmful algal blooms, which damage habitat and shellfish nurseries and can be toxic to humans. Massachusetts loses an average of 65 acres to rising sea levels each year. Much of this loss occurs along the south-facing coast between Rhode Island and the outer shore of Cape Cod, including Nantucket and Martha’s Vineyard.”

It’s been a bad month for horndogs. We’ve had our share of really sad, scary, too-close-to home cases where someone’s sex drive caused a lot of hurt in our community….

Light in the Darkness

Our enormously productive economy… demands that we make consumption our way of life, that we convert the buying and use of goods into rituals, that we seek our spiritual satisfaction,…