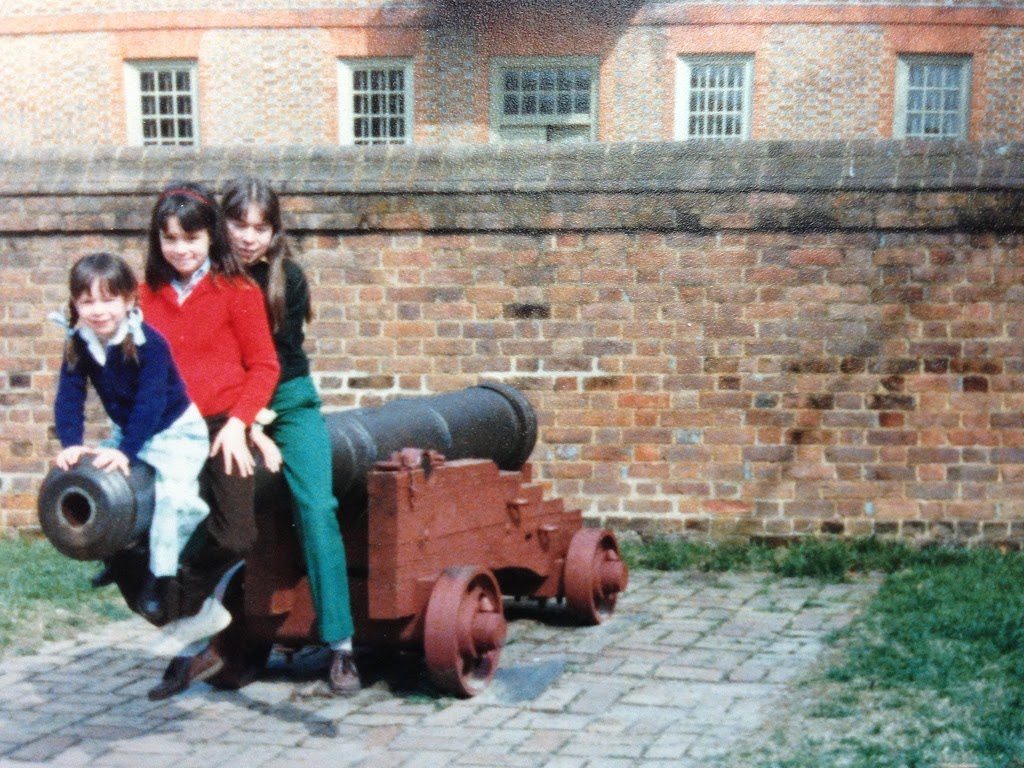 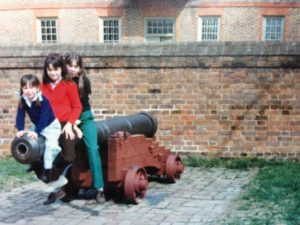 Last week I found out that a high level administrator from the school where my sisters and I were students from 1974 to 1990, pled guilty to multiple counts of “indecent liberties,” including “abduction with intent to defile,” fancy legalese for “he was a perv.” In fact, that’s exactly what we girls referred to him as—a perv. And being 12-13, I just assumed that schools had male administrators who occasionally copped a feel, who chaperoned every single student event including dances; who regularly stuck his head into the girls’ locker room to tell us to “keep it down” while we were changing into our field hockey uniforms. This man was a fixture at the school by the time I arrived in second grade. At a school with a strict uniform, he wore his own version: a Brooks Brothers button down with preppy chinos or cords, always in some outrageous combination of colors: one leg red, one green, one yellow, one blue. At our occasional and thrilling dances, he’d be standing near the sound system, flirting with the pretty ninth grade girls, sometimes dancing with them, occasionally slow dancing with them. He was a little scary as a disciplinarian. He was larger than life. Some kids adored him. He was a loving father and husband, from all accounts. Like all of us, he was and is good and bad. What he did cannot be undone. The hurt he caused lives on. And still, I feel very sad for him and for his wife and children. I’m not writing this to pass judgment. I’m writing this because I am curious about my own strange blindness to a crime that was going on all around me.

What surprised me was how thoroughly I’d know this and how I hadn’t bothered ever to tell anyone in authority. Why? Because his perviness was wallpaper in my life. I didn’t know any different. And what’s bothering me is, of course, what else do I know and yet not know? What else is wallpaper?

At that same school, in the 6th grade, I had a woman teacher whose husband worked for the entertainment industry. It was 1979, and he’d give his teacher wife posters of the current blockbuster movies: Jaws, Star Wars, Grease, which she’d hang up on the perimeter of the upper walls of the classroom. He also gave her posters of the day’s pin up girls: Farrah Fawcett in her famous wet bathing suit, Cheryl Tiegs in a yellow bikini, Bo Derek who was lauded at the time a perfect “10.” As a reward to the rambunctious eleven-year-old boys, she’d hand out these posters at the end of the day for good behavior.

There’s so much wrong with this picture, I don’t know where to begin. “What did she give the girls?” a friend recently asked when I relayed this story. “Nothing,” I said. “We always behaved.” So boys behave badly, and then they get a treat for containing themselves? Girls, whose bodies are just starting to change, are presented with models (literally) of women whose bodies have been deemed “10”s, while the boys drool over them, equally longing for something they can’t really have. But what I really see when I squint back at this memory is loneliness. There was a whole culture at this school that encouraged competition and judgment (discernment). We were all trying like mad to fit in, to feel OK, to understand our changing bodies, to find a kindred spirit. The grown ups, as far as I can remember, seemed remote, or else they seemed to mock us in our confusion. How dare we be so nubile and confused? Like many in my generation, I took this in. Now, as an adult, I want to take it on. I want to take over. I want to take it back.

I started a conversation on Facebook about the Upper school administrator. I included everyone I could think of, though only the girls. At first, only the people I had been close to at the time joined in. But a few days later, one girl who’d been touched spoke up. Then another, and then another. Now there’s a healthy dialogue, with all sorts of memories pinging about. We’re talking about how and if to bring up with our own children the potential dangers that might lurk in their schools. We’re talking about the sexism rampant in our culture in the late 70s and early 80s, and all that remains today despite great gains by women and girls. It’s not over. There is so much wallpaper in my own sexism, I expect to be scraping it down for years.

I am thinking about a story my daughter told me last year about a teacher who unfairly disciplined her. At the time, I thought my daughter might have been stretching the truth. I am not going to assume that ever again. I want my daughter to know that I am militantly on her side no matter what. I want her to know that she can trust me with stories about adults acting strangely.

I took a break from my work this afternoon to visit the farm where we have a share. The city was going to spray it with Round-Up, a horrible pesticide with potentially lethal ramifications for mammals. But people had banded together to protest. The mayor listened. The organic farms won, and the fields remained organic. I was alone today in the field, to lean forward, choose a sunburst orange tomato, choose another, toss away the cracked ones fill my quart to the brim. I paused to stretch my back and looked up at the sky, something I try to do every day. It’s all we have, really—the sky, the relationships we make, the tomatoes we pick. We don’t know where danger lies until it’s here in our midst. That’s why it’s dangerous. And yet, I keep thinking, “God is in the repair.” I don’t want pesticides in my tomatoes, but neither did I want my friends molested by a trusted school administrator. We don’t always get to choose. But we do get to choose to pay attention, to love our friends enough to listen deeply to their stories, to repair the damage we have done.

It’s not the leaving of Liverpool that grieves me But the fact that we never went there in the first place! So sayeth them bards of yore, Nerissa & Katryna…