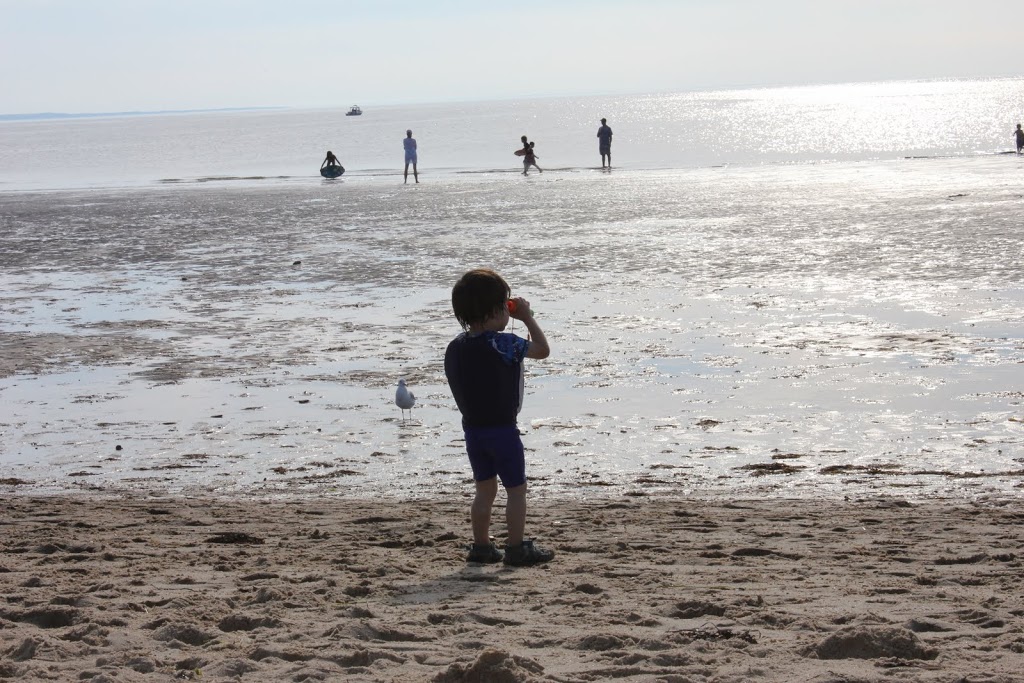 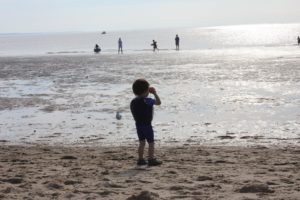 My son is in love with a girl a year ahead of him in school who refuses to play with him. He has lost all the color in his cheeks and does nothing but mope about the house, kicking dirt clods with his sneaker toe. All weekend long, he moaned, “Why won’t Kaliya play with me?”

“She’s a Chameleon,” he sighed. (Chameleons are the four year olds. He is a Possum–a three-year-old.) “She won’t play with me. She will only play with the other Chameleons.”

I sighed too. There’s nothing more painful than projecting onto your suffering kid your own suffering from childhood. I imagined a little blond girl, laughing and tossing her head back, giggling behind her hand with her pretty friend, looking sideways at Jay and rolling her eyes.

I spent a couple of nights at Kripalu last week. A gift certificate and the promise to take care of the kids for a couple of days while I got some R&R was my fortieth birthday present from Tom and my sister Abigail. I am forty-four. Someone kicked my ass in August and told me that I had to cash in or else. Or else what? Or else allow to fester a nasty little resentment about how poor me worked so hard while everyone else got vacations. How all my vacations are cleverly disguised as gigs. How I am so good/loyal/mentally healthy that I do not need a vacation.

Fortunately, I proved myself abundantly insane last Tuesday so that my family was glad to show me the door. I had a meltdown about the fact that so few people had come to our Broadside Bookstore reading (I think there were ten people present, including my three immediate family members, two of whom were playing boisterously in the back row), which I concluded meant that our book was terrible, I was terrible, the publishing industry was doomed, our family would go broke and my husband was secretly delighted by my complete artistic failure.

So I packed a bag, tossed my yoga mat in the car, made sincere apologies to my husband, and drove west. As soon as I got off the highway, my blood pressure went down. As soon as I drove onto the grounds of Kripalu, a former monastery-turned-guru-driven-ashram-turned-holistic-healing-center in Lenox MA, I remembered who I was. “Oh, hello,” I said, “I remember you!”

I checked in, ate dinner in silence (my choice–they don’t make you not talk. I just chose not to. In two full days, I didn’t see a single person I knew. I can’t remember the last time that’s happened.) I found my little room which I was supposed to share with someone named Whitney, but Whitney never showed up.

I proceeded to do nothing. OK, that’s not true at all. I made about thirteen phone calls, I posted two blogs, I wrote copiously in my journal, I went for a walk, I called my family and talked to all of them, I did two yoga classes, I browsed in the bookstore, I meditated, and I got a facial. But this, to me, is a perfect vacation. All I want is a room of my own, a lot of space and the encouragement to breathe slowly and deeply.

At the end of the visit, the program director emailed me to say that Kripalu wants to have us come as presenters, based on my failure of a book, to run a workshop on Family Music. They want to run it July 4 weekend when James Taylor is traditionally at Tanglewood. One of the ideas in the book is to find your Family Musical Canon–the music you inherited from your parents and grandparents, the music you discovered yourself, the music you and your children all love–the songs that would be the soundtrack to your family’s life if it were a movie. The program director (and Katryna and I) all agreed that JT would be in our FMC. So she is going to include tickets to the James Taylor show as part of the workshop we present.

Dream. Come. True. So next time I come to Kripalu, I will be paid to unplug and unwind and eat delicious healthy food and say hello to myself again. 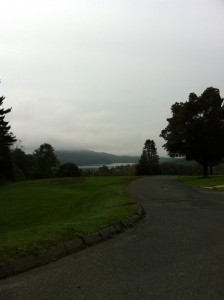 I am glad my writing career is not over, because I find myself on the page. Don’t all writers? That’s where I meet God, too. Something in the process of writing connects me to my Source in a way nothing else does. I get my answers through the very process of writing. Some people meditate to find God; some pray. Some feed the hungry. Some go to church or temple or ashram. I write and sing.

Today I picked Jay up from school, and he grabbed my hand and dragged me to the playground. “You have to help me ask Kaliya why she won’t play with me,” he said, pulling my hand toward the swing set. There on the last swing was a little girl with dark brown hair, swinging quietly by herself. She looked at us with some concern.

“Dat’s her,” murmured Jay, turning his head into my leg.

“Hi!” I said, grinning as broadly as my cheeks would allow, trying to look simultaneously like a nice mom and her potential best girl friend. “Will you play with Jay? He wants to be your friend.”

The girl stared at us and kept swinging. I picked up my son. He buried his face in my shoulder, then without moving his face reached out his left hand and waved in her general direction. I came closer to the girl.

“Hey, Kaliya,”I said. “He’s a really nice boy. He just wants you to smile at him, or say hi or something. Can you do that?”

She stared at me. No acknowledgement. I pulled out my ace.

“Do you remember me? I came and sang with you last week. Remember? ‘Chitty Chitty Bang Bang?'” I grinned hopefully, singing the words.

Nothing. I sighed and stood up with Jay still in my arms. Elle leaned in and took a turn. “I like your dress,” she said and beamed.

Kaliya looked at her and kept swinging. Slowly I turned away and the three of us started back for the car. Jay started kicking his legs and crying, “Put me down! Put me down!” I did, and he ran back to Kaliya. He stood a few feet from her swinging legs and did his little windshield-wiper hand wave again. “Will you play with me?” he asked, screwing up all his courage. She neither nodded nor shook her head. She was inscrutable.

In my misery last Tuesday–the night before I vacated to Kripalu–Tom said something that really pissed me off. “If you are concerned about how this wonderful book that you and Katryna have written is going to sell, or going to be received, you are screwed. You know better, Nerissa. It’s not about the money. It never has been for you. It’s about the process of writing it. It already has helped people. But it’s really none of your business how much it sells. When you reduce a book to saleability, it’s all over.”

I crouched down and took him onto my knee and put my arms around his wiry little body. He smells like boy now. I kissed his dirty hair and breathed him in. “You know, some people are shy,” I said. “For them to talk to other people, especially people they don’t know very well, it’s owie. It actually feels like it hurts.”

“I don’t know,” I said. “But your job is just to keep being you and to keep loving her. She’ll stop being shy some time.”

A few minutes later, as I was making dinner, I heard him say, “Elle, let’s play Kaya. You be Kaya and I be Jay and I ask you to play wif me. Kaya, will you play wif me?” 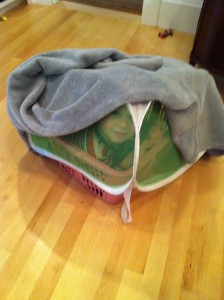 Sticker charts work. I know, because they’ve been working on me since I was eight and had to stop sucking my thumb. My mother told me that if I filled…

I recently heard a talk by a wonderful meditation teacher named James Barez. He said: “In the Buddha’s teaching called Transcendental Dependent Arising, he lays out how suffering can lead…