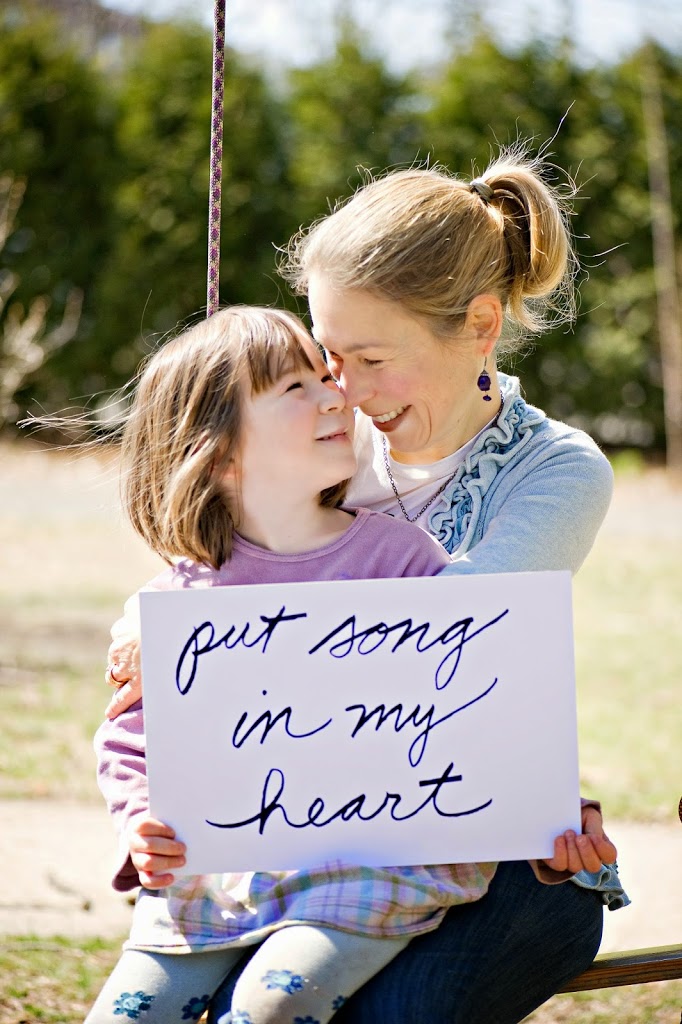 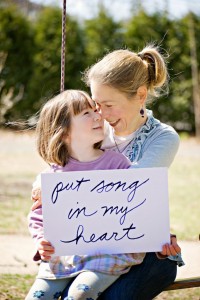 Back in 2011, Beth Spong, then-executive director of MotherWoman, asked us to write a song for Mother’s Day, and MotherWoman made a beautiful video of it (see below), using photos by our friend and photographer Sarah Prall. But today we are calling your attention to this wonderful organization which supports mothers in myriad ways, by making them our first Fundraiser of the Week for our Pledge Campaign. This means that if we raise 10% of our total between November 10-17, we will donate a concert in which all proceeds will go to their organization.

MotherWoman supports mothers on every level, creates support groups designed to be inclusive of women of all backgrounds, makes a space for women to speak ALL of their truth in a supportive environment. They are also dedicated to building community safety nets, and impacting family policy at the national, state and local levels. We have been deeply moved by their principles; their “Universal Realities of Motherhood”. To support the MotherWoman Performance, all you have to do is pledge between Nov. 10-17.

* Parenting impacts every aspect of our lives; physical, emotional, interpersonal, and spiritual
* Parenting creates stress and difficulty in many areas; relationships with partners, parents, friends, concerns about money, work, physical needs for sleep, food, exercise, leisure time, etc.
* Becoming a mother brings up issues from a woman’s past such as how she was parented, past trauma, mental health history, relationships with her own mother, grief, losses, etc
* Parenting can make us see ourselves more clearly- the good, bad and the ugly.
* Becoming a mother can motivate us to make necessary changes in our lives.
* Motherhood can motivate and encourage a woman to become her best self.
* Becoming a mother can overwhelm us with joy and challenges.
* Parenting is an emotional rollercoaster of highs and lows.
* Parenting can make us feel very insecure. Mothers are typically very hard on themselves.
* We go into parenting totally unprepared and yet are expected to be “experts.”
* Self care is essential in mothering and, for many reasons, seems impossible.

I like the Reality that “Parenting can make us see ourselves more clearly–the good, bad and the ugly.” I always joke that before I became a mother I was *this close* to enlightenment. That’s because, before I became a mother, I wouldn’t let anyone get *this close* to me, not even my husband. Well, OK, my husband. But, you see, my husband is a really nice, polite, well-bred guy with excellent boundaries and infinite patience. When I annoy him, he takes three deep breaths and asks God for help, or something. My kids, not so much. when I annoy my kids, which I do on an hourly basis, they yell at me, roll their eyes, or ignore me, depending on the extent of my annoyingness. Lately, both kids are practicing their teen-ager ‘tude. They have learned what sarcasm is and are going to town practicing sarcasms many applications. I do not like this and tell them sarcasm is very unattractive. Somehow that doesn’t convince them to stop.

The problem seems to be that I want them to do stuff they don’t really care to do–everything from taking a bath to eating something other than chips-and-bread for dinner, to cleaning up the fifty bazillion lego pieces off the floor. But that’s all par for the course; every mother knows she will struggle with that. Where it gets really wiggy and unenlightened is when I sit down with them to witness their violin practice.

We do the Suzuki Method, and I explain why in great detail on my other blog, Singing in the Kitchen, which is all about our adventures in family music-making. If you don’t know the Suzuki method, I’ll just say it involves the kid taking lessons, which the parent goes to (and does not get to play on her iPhone while she is there.) Then the kid practices for a half hour to an hour a day, and the parent not only makes sure s/he practices, but actually kind of coaches the kid. So if, for example, the teacher tells the kid to play eight pieces and a scale and do some sight reading, all the while focusing on keeping her wrist straight, it’s understood that the parent is supposed to watch the whole practice, and intone “wrist, wrist” when the wrist (inevitably) goes floppy.

A few weeks ago. after we’d come home from New York, we had one of those famous terrible, horrible, no good, very bad days, which you can read about here. On Monday, my son Jay refused to practice violin. In fact, he quit. I was so cooked, I actually let him quit, even though it’s long been my feeling that kids don’t get to quit math, so why should they quit music? But I was done with the tantrums and the forced practices, the bribes, the legos (which were the bribe, usually). For ten days, he was in official Quit mode, which for us meant he still had to practice every day, because his wise teacher Emily had encouraged him to work toward a finale: a One-Half Book One Recital in which he would perform all 16 of his pieces, then take a final bow around mid-December and give back his tiny violin to Stamell’s String Shop for good. But something strange happened during those ten days. I felt really sad and mad at myself for quitting, and for letting him quit. What ever happened to my commitment to raise gritty kids? There were so many pros to sticking with violin. 1. He is actually really good. 2. It’s helped his fine motor skills tremendously. 3. The local Suzuki community is fantastic, supportive and fun. 4. Some of his best friends are doing Suzuki.

I felt as though a dark cloud had settled over his whole future, and it was all my fault. All my own issues of musical perfectionism come to the surface in that half hour to an hour of practice. That was me with the little fiddle and the floppy wrist. And somehow, when I’m sitting on the witness couch, all my own critical voices come swooping down, so afraid of being anything less than musically perfect. But why couldn’t I just let him play the little fiddle and dance around the room with it the way he wants to? Isn’t that where I ended up as a musician? Dancing around the stage with my guitar making a big, imperfect sound? I looked carefully at the way I’d been sitting with him as he played, my eyes glued to his bow hold, ready to pounce as soon as I saw it slip. “Bow hold!” I’d shout, as if I were going to be in trouble if I missed it. Not for the first time, a voice in my head said, “It might be better to be a B minus student than to not be in the class at all.” (And I’m not talking about Jay being the B minus student. I’m talking about his Suzuki Mom somehow not being the shining star). Why couldn’t I let him progress at his own rate? What if he stayed in Book One for 4 years? Would that be so bad?

On the tenth day of Quitting, I sat with my older daughter as she practiced. She’d gotten into trying to pick out the theme from the Harry Potter movie (“Hedwig’s Theme”), so I’d printed it out for her, and her teacher had told her to read it for sight-reading practice. She picked out the notes, hung up her violin, and I called Jay over for his practice. He got out his tiny violin and brought his bow to the strings. Incredibly, he too picked out the melody for “Hedwig’s Theme,” which, you may know, is not easy.

My eyes filled with tears. He looked up at me, over the neck of his violin, with big shy eyes, a pleased smile on his lips. And though I knew I shouldn’t say things like this, I couldn’t help it: “Oh, Jay, I wish you wouldn’t quit. I am going to miss you playing violin.”

He took my iPhone and stared at Emily’s picture. “Hi Emily,” he said into the phone. “If it’s OK, I’m going to keep playing violin. I’m becoming a better violin player. It’s inside of me.”

Being a Suzuki parent is like the MotherWoman Reality exponentially. I see the good, bad and ugly every time I sit down with the kids to practice. We see each other’s good, bad and ugly. And we grow. And at the end of the day, there’s music.

This band started as a dream, like most bands do. Two girls, born 10 years too late, pouring over the cover of the Beatles Blue Album, which is not even,…