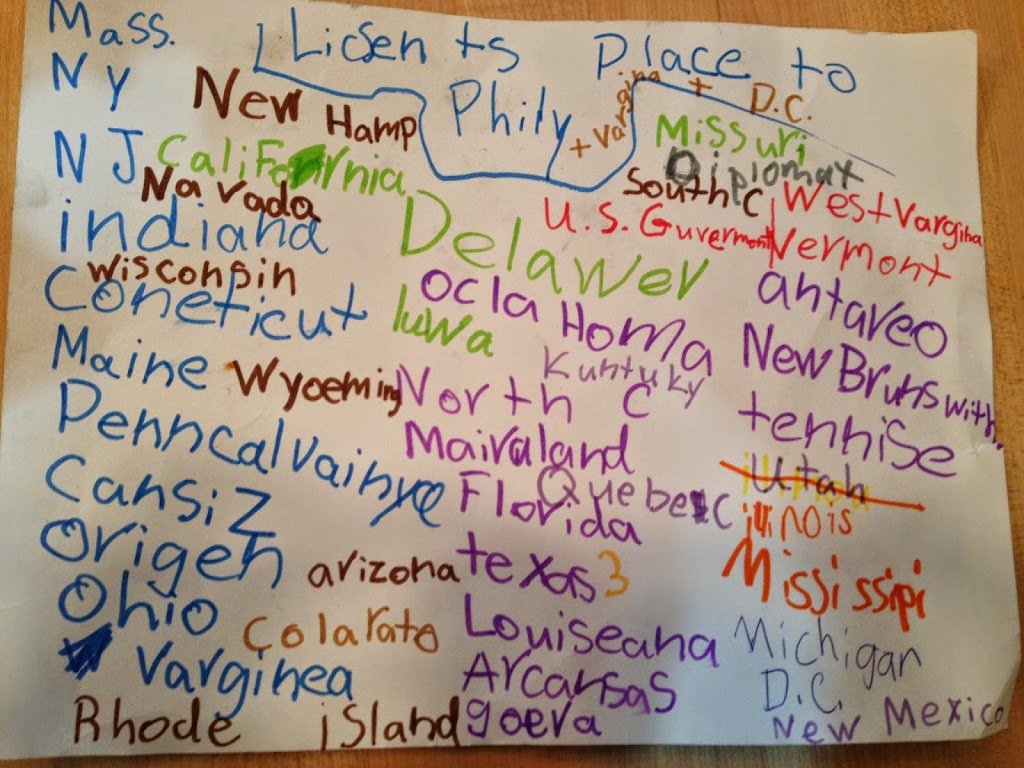 What have we been doing lately? Glad you asked. In addition to the usual, Nerissa has been writing a huge number (like 20) of songs; we drove our new van, Bessie Van Gogh, down to Virginia where we played at our church Immanuel Presbyterian, and also at the Ethical Community Charter School where we did our Pete Seeger Wasn’t That a Time? show. Meanwhile, as we drove up and down the Jersey Turnpike, our kids made a chart of all the states represented on the license plates of the cars we passed on the way. 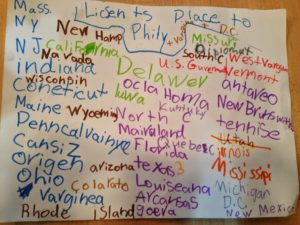 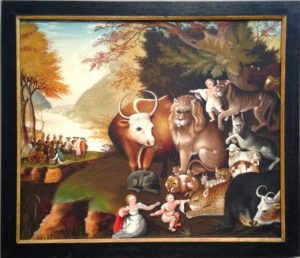 We also went to the American History museum and looked at a display on the Civil Rights era. We watched footage of Dr. Martin Luther King, Jr., and also saw Joan Baez’s guitar, which she played at the Lincoln Memorial. 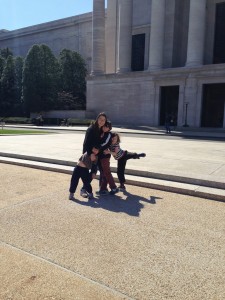 We sang Pete Seeger songs and some of our new ones. We used our brand new sound system. We were grateful for every single extra inch Bessie Van Gogh afforded us. We hung around the playground while our kids gamboled, and we talked about the new CD we are going to make this summer. We talked about a CD release tour in 2015; about going to Florida for a gig, about our dream of performing in all 50 states in our lifetime (we’ve played all but Montana, Idaho, Nevada, Mississippi, Oklahoma and Hawaii.) We showed our kids the neighborhood we’d lived in in the 70s. We saw our parents. We saw spring in Virginia, which gave us hope that spring would eventually come to Massachusetts.

Last weekend, we celebrated Elle’s 8th birthday. Katryna’s kids gave her the soundtrack to Frozen, a movie she’d watched with her friends at least twice before we got to see it as a family. Jay had also seen it without us. Katryna’s kids know every word of the soundtrack, and after dinner Saturday night, the four kids closed the French doors, which separate the dining room from the music room and proceeded to sing and dance along to practically the entire movie, emoting majestically with their arms, shooshing their hair back dramatically along with “Let It Go.” We grown-ups snuck over to the backstage area to spy on them. They were in perfect bliss; and I realized that this was their music as much as anything has ever been my music, and for that reason, I decided to love it, even though it is the kind of aggressive pop music I have historically eschewed.

I was 8 when I discovered my first LP–the LP that I would wear out, play over and over, knew every note to: The Captain and Tennille’s Love Will Keep Us Together. Katryna and I used to do the same kind of interpretive dance, belt-it-out reveries to that LP. 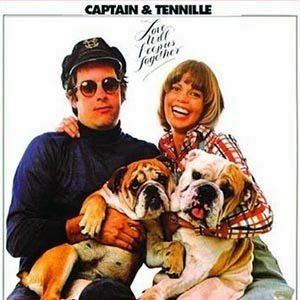 The joy and vulnerability is so delicious to watch, but we felt almost guilty spying on them. In fact, five year old Jay eventually spotted us, and when he did, immediately said, “Go away. This is pwivate.”

We are about to record our 17th CD. We have almost all the songs. I should have been working on a song tonight, but instead I wrote this. I feel the need to connect back to the readership of this blog during the next few months. My creative entrepreneurial group (CREMA—Creative Entrepreneur Mastermind) met last week and talked about how important it is for writers to be disciplined, to write when they say they will write. To write for at least an hour a day. I want to commit to that for the next two months leading up to our time in the studio. When I am not writing and performing regularly, I forget who I am. (Which might not be a bad thing, but for the sake of argument…) It’s almost impossible for me to remember that my music matters unless I am onstage, or it’s the day after a show, or I’m singing a new song in church. By day two, post-show, I have forgotten that anyone likes my music or remembers who I am (if I have forgotten who The Nields are, which I usually do, why should anyone else remember?) We are not gigging very much this summer because this time around, we’re doing the “hole up in the studio” version of recording a record (whereas with The Full Catastrophe we did the “let’s try to live our whole lives while recording for an hour a week” version. Result? A record that took three years to make.) Now is a good time to remember that I am a musician and a writer and not get distracted by my child’s guinea pigs (more on that later) or get consumed by a clutter-clearing initiative.

I need, once again, to commit to an hour of creative time per day. Not so much in the hopes that I will write something Outstanding That Outlives Me (OTOM=my perpetual goal), but to remind ME that I am an artist, first and foremost. Remember when I spent a whole month blogging every day? That was March 2009, after having that formative tour/vacation in Florida where I couldn’t appreciate the view of the Gulf of Mexico because I was too tired. On that trip, we played a couple of shows at the Craftsman House, and while resting between, I found a book called The Mud Pie Dilemma about an artist named Tom Coleman who had struggled to raise a child and make a living while remaining an artist. It gave me a kick in the pants at the time––I was newly postpartum after my second child, Jay––and I committed to a daily blogging practice. I don’t think I can do that right now, though I hope to in July and August while we’re recording the new CD. But for now, I can commit to hitting the piano, guitar or laptop for some daily open-ended creative time. I want to feel some of that exuberance my kids feel when they sing along to “Let It Go.”

“If you had started doing anything two weeks ago, by today you would have been two weeks better at it.”
― John Mayer