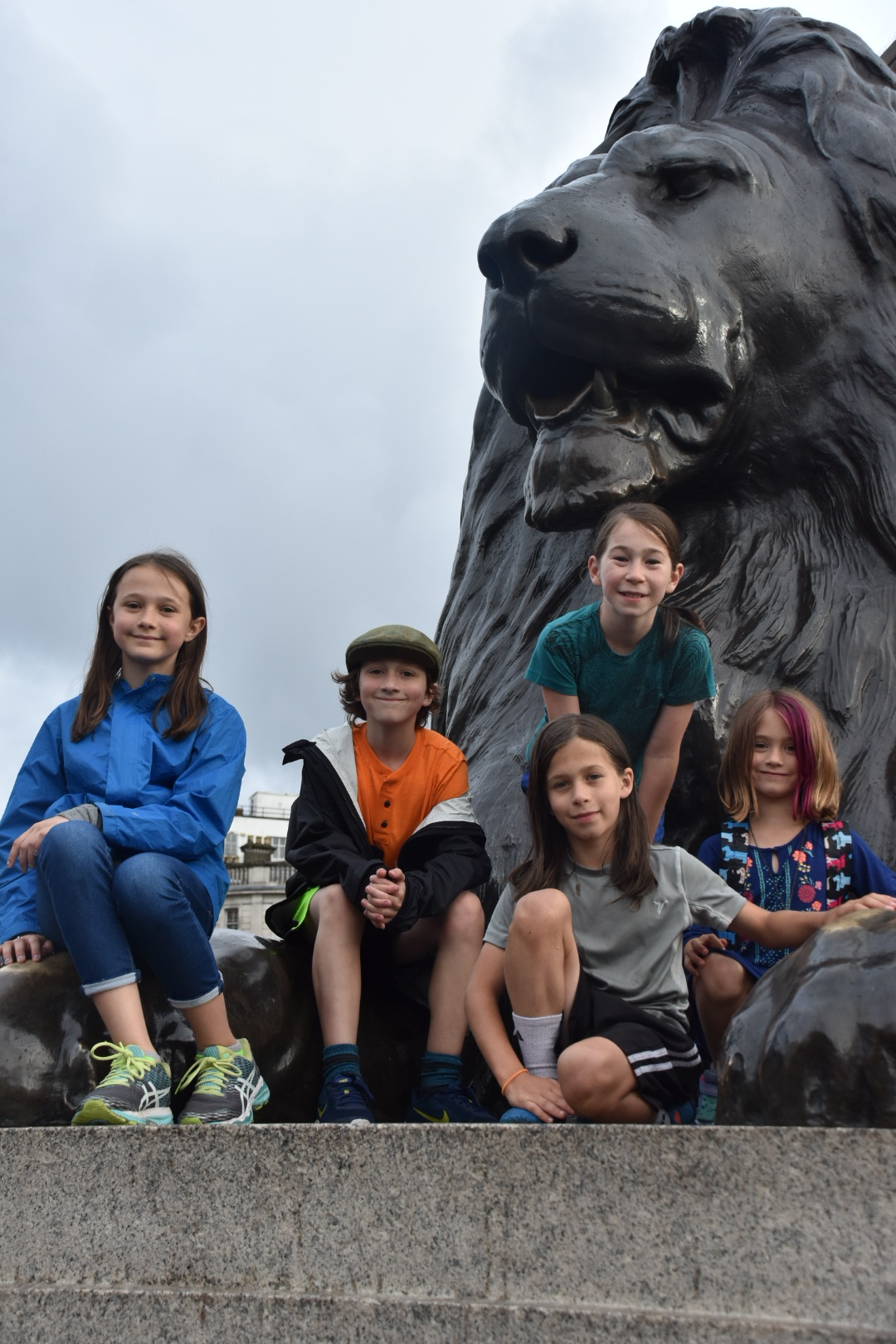 It rained Saturday, so no Abbey Road. Instead, we trudged along Portobello Road, buying umbrellas and crepes. I searched in vain for a fab jacket, but nothing. It’s cold here! They say London is just like that–completely unpredictable weather-wise. Highs were around 60, but I’m not sure it ever got there. 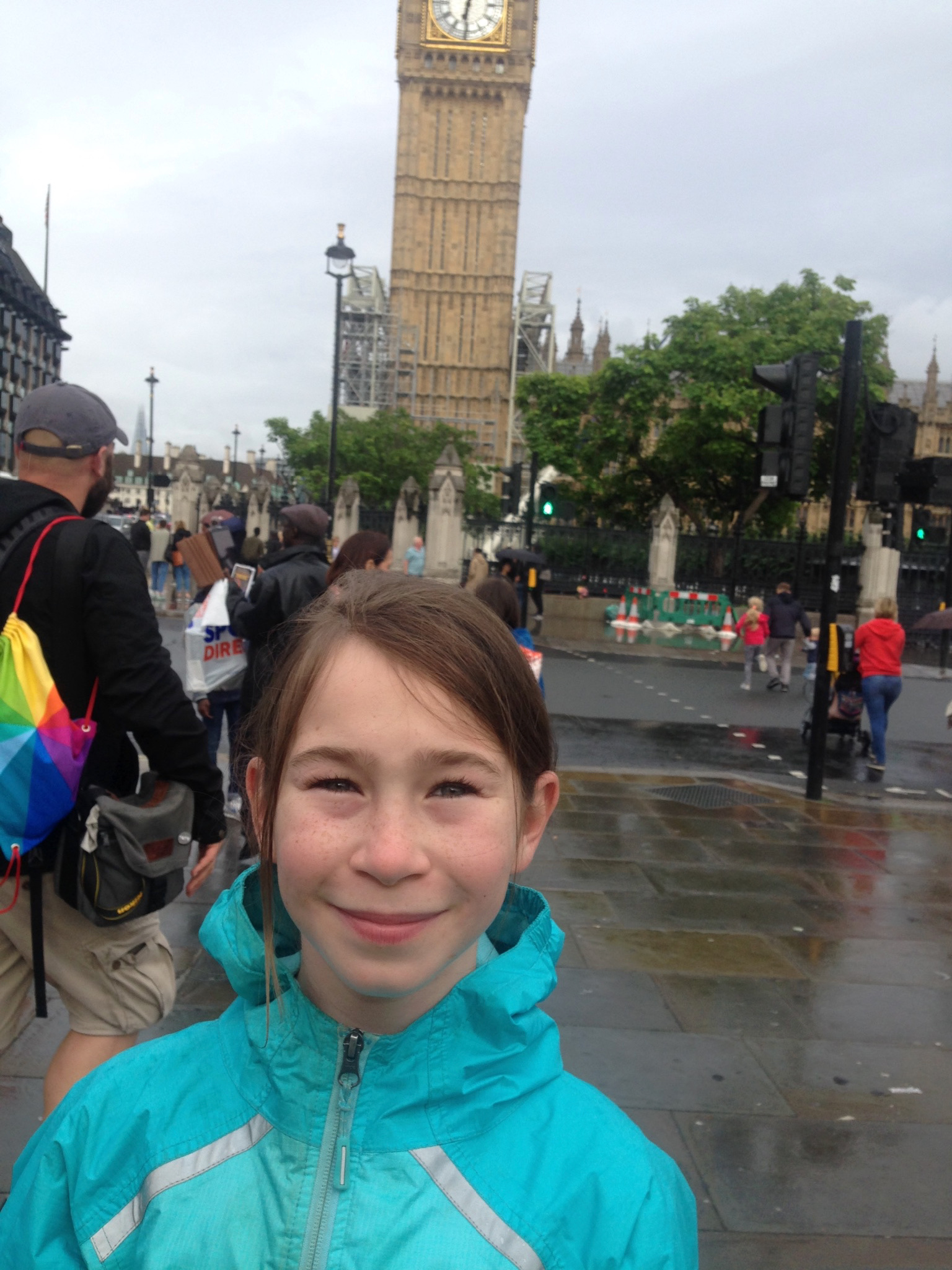 We took an overground train to escape from the rain, and while the kids played a raucous game of something called “Concentration,” which involves chanting and hand clapping a la “Miss Mary Mac Mac Mac,” a Scary guy in this mid- to late-20s sat across from me wearing a Hillary for Prison yellow tee shirt. He looked at me in this totally menacing way sort of like Jack Nicholson in The Shining. Or Hannibal Lector in Silence of the Lambs. Did he see that I was a middle-aged American woman with weird glasses and Bludstones, and therefore must have voted for her? I was sure he was going to pull a gun out of his bag, but instead he pulled out a paperback by Joseph Stiglitz, (a huge apologist for Brexit) but better than a weapon. I wanted to dance for joy when we all escaped the car. Euston Station never looked so good.

We made it to the British Library (after our four or five trips to various Sugar & Caffeine establishments) with a whopping 10 minutes before closing. We raced over to the Treasures of the British Library where I managed to set eyes on 1. an original copy of a part of the Magna Charta, 2. The Gutenberg Bible 3. one of two copies of the Codex–the ancient scrolls of the New Testament in Greek, this of Matthew. and 4. (BE STILL MY HEART!!!) original handwritten documents of lyrics by George Harrison, John Lennon and Paul McCartney. This last made me swoon, though I was quite impressed with the other Treasures, too. 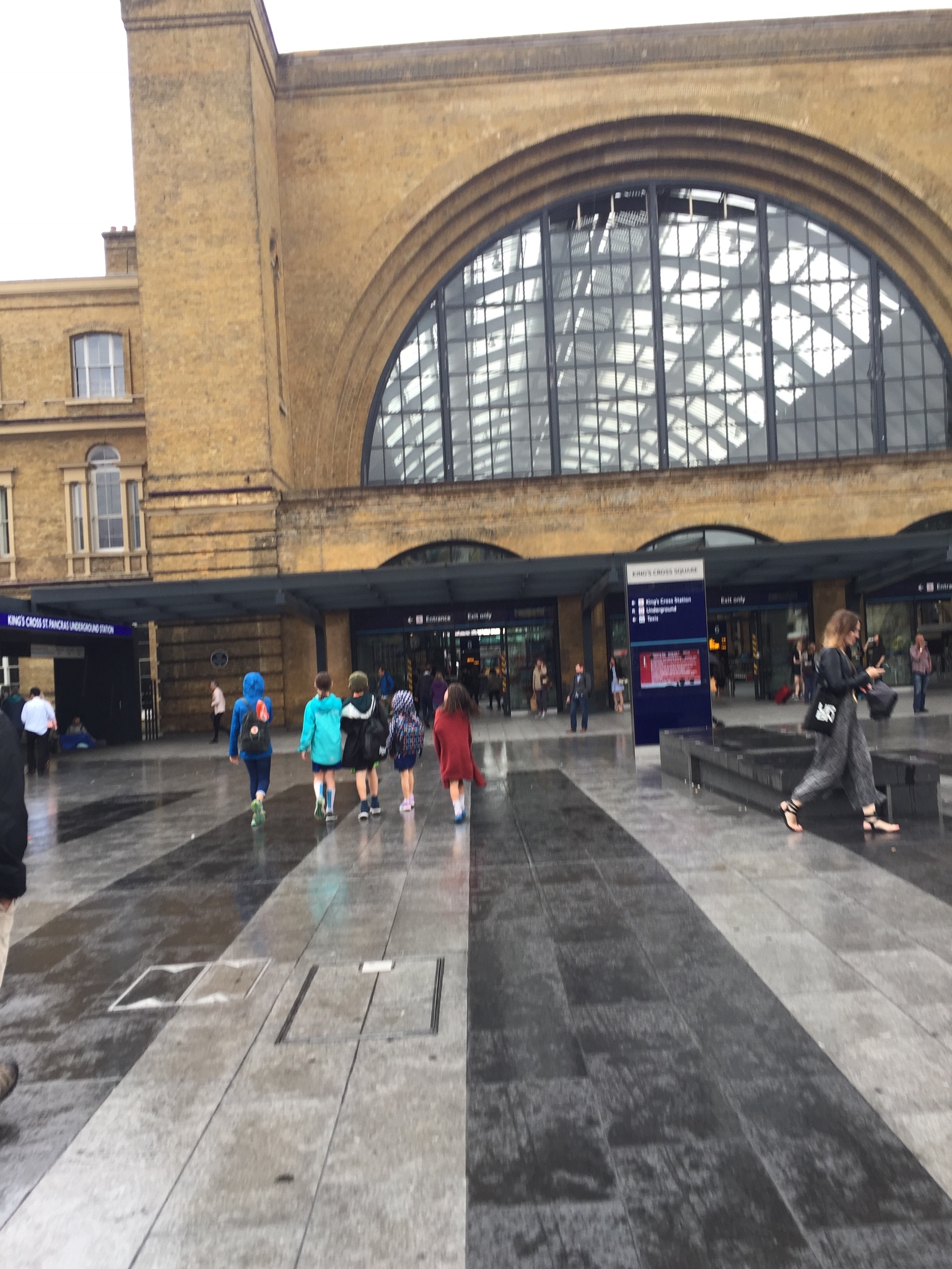 We were so close to Kings’ Cross Station that we had to go find Platform 9 3/4s. Unfortunately, there was a huge queue for the same, and our kids were all suitably disgusted at the photo opp that they refused to pose. (Jan snapped some photos and assured us we could photoshop our kids into his template, so I did not care, either.) 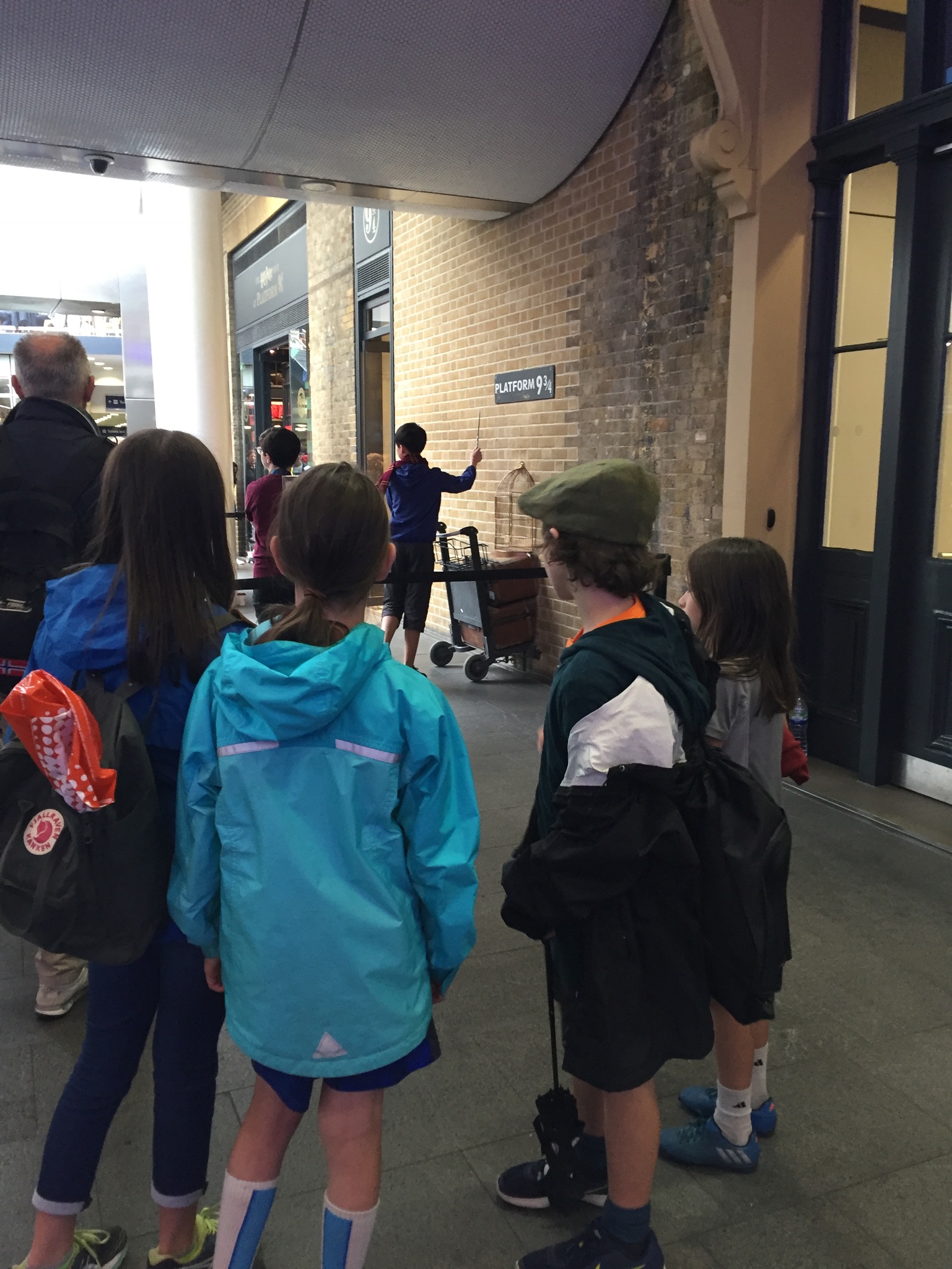 I retired early to nurse my shingles, and the rest of them marched onward to 10 Downing Street and Trafalgar Square. I was going to go to bed, but they called and made me meet them at a wonderful Turkish restaurant across the street from our flat. 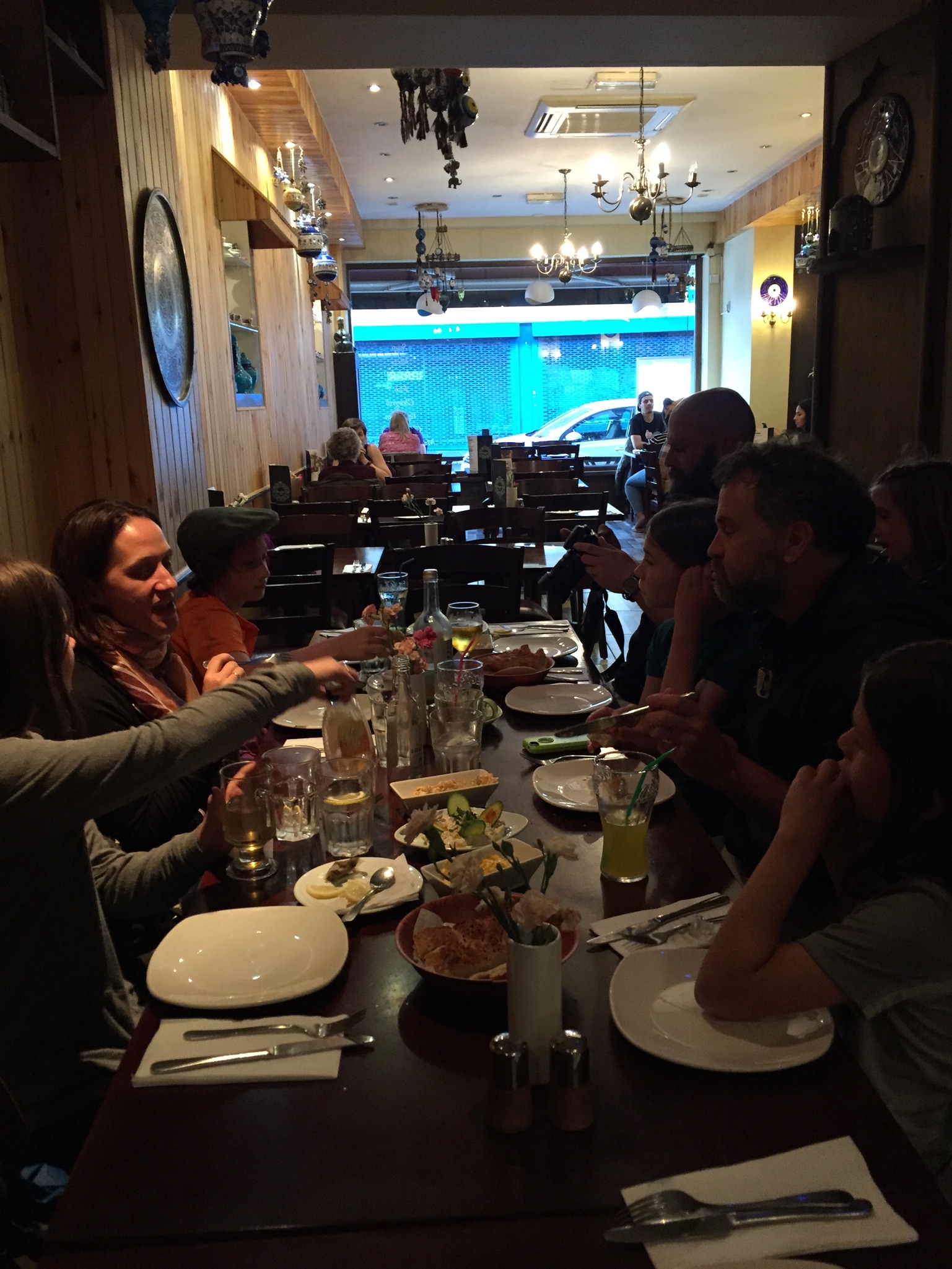 Seriously, that’s what it’s like. We zip in and zip out before the kids can start complaining. No, let me amend that: they complain before, during and after. So far,…