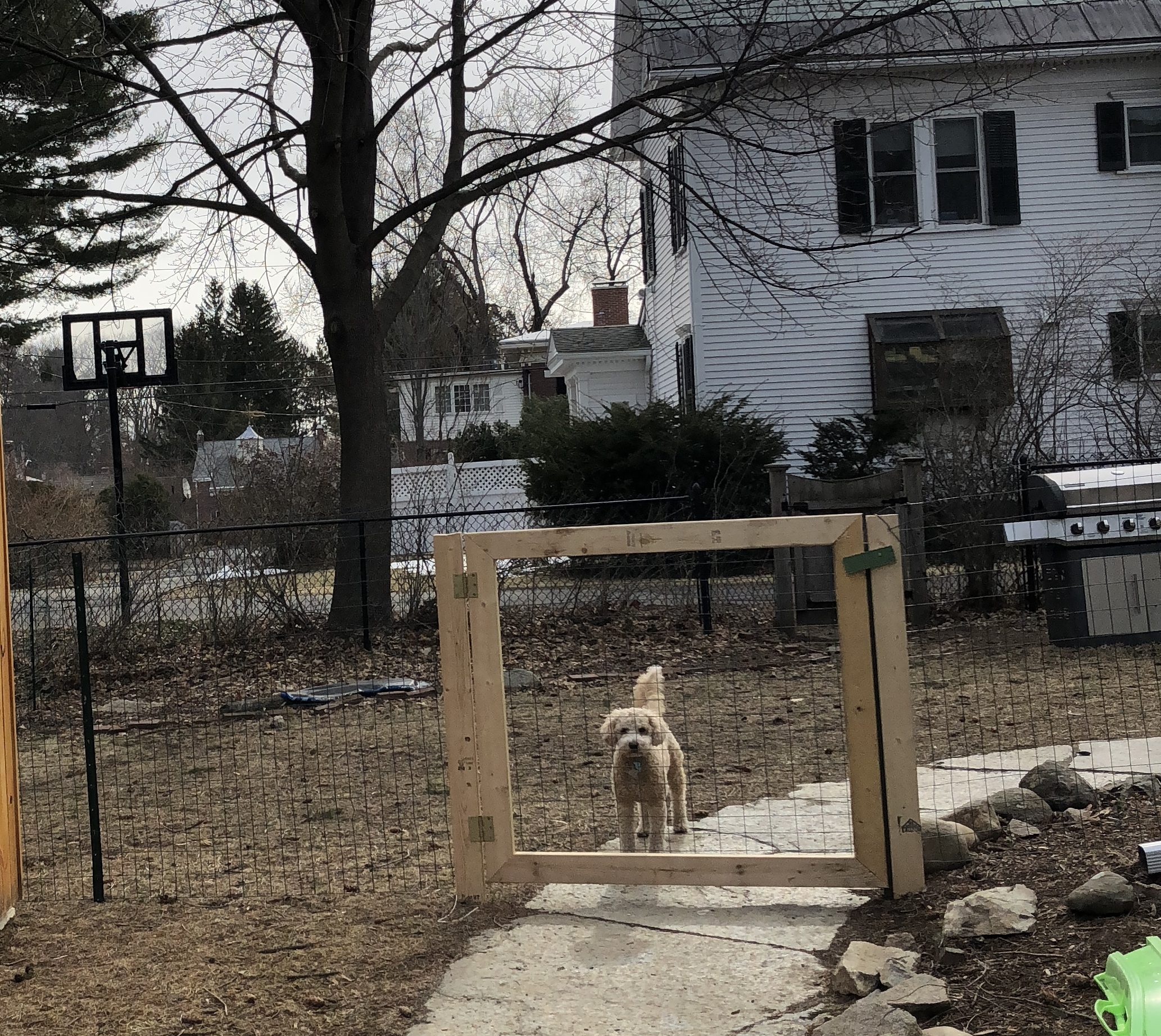 Little Blue is not lovely right now. Nothing is. The sky is leaden and the trees are, as my 9-year-old says, “a bunch of sticks.” Last week, while I was convalescing, Dean came and put in the electrical situation. Plumbing went in, too. This week, the excavators tore two trenches between our basement and the basement of Little Blue. What was left of our driveway is gone; in its place is upturned dirt, mounds of it, a nonsensical jumble. The loam (what little there was) is in our contractor’s shed in Sunderland. Hudson has been penned; his world is about one-eighth as big as what he’s used to. I bought tickets to London. I am taking my daughter who turns twelve in a few months. I know it’s an expensive impulse. But several forces conspired to make clear to me that one must, MUST seize life right now. We don’t know what will happen a year from now. Or even tomorrow. My daughter will only be this age now–an age where she thinks nothing in the world could be better than to travel to England’s capital with her mom, share a bed, make a game of packing light. “Every day,” she says. “We’ll hop on the Underground and get off at a different stop. Then, we’ll just walk and walk and walk. We’ll see the whole city!” No museums––that’s her caveat. But yes to As You Like It at the Globe. And yes to shopping. (I paid the airline extra to bring home a second suitcase. ) Tom and our son are going to have an equally excellent adventure, but theirs will involve flying to Chicago to see a Cubs game.

My ambition is returning, slowly. I still feel as though some essential part of my mind was surgically removed along with the detritus in the bio-hazard container. Part of me keeps looking around and asking this person who is me, “This is how you live? With a million people calling, twenty-five balls in the air at any given time, fourteen concurrent commitments, plus a couple of trenches in your backyard, necessitating car evacuations?”

(Side note: suddenly, I have spammy robo calls multiple times a day. Someone clearly got ahold of my cell number and has distributed it widely. What is my recourse? Change my number????)

I still have to pause a lot, sit on the couch and stare into space. My husband says, “Yeah, most people call that ‘rest’.” But every day, I get stronger and have a bit more energy. And I am beginning to see the contours of my life again. I have been writing songs, but they are not that fun to play or sing. I have an inner critic who sometimes looks like the Hamburgler from McDonald’s commercials in the seventies. But when I call him on this disguise, he reveals himself to be more like a cross between Orson Welles and Toby from This Is Us. He is very depressed and lashes out a lot at me, telling me how stupid and cliched the last lines of my verses are. I have been kind to him recently, which makes him cry. I believe he wishes I would pat his big belly, as if he were a dog, but I am not ready to do that. Instead, I ask him to hold his comments until we get to the studio. He doesn’t know this, but as soon as we get to the studio, I’m going to ask him to hold his comments until we’re mixing. And then I will cleverly go to London.

I am planning a Maundy Thursday service with Steve and Erin at our West Cummington Church. No one comes to this service except for Steve and Erin and me, plus Penny and Tom. Still, it’s one of my favorite nights of the year. We are going to keep to the basics: John 13. Luke 22. Foot washing for those who want it. A loaf of bread; a cup of wine. Some music. Candles.

I love Maundy Thursday, and I don’t quite know why. I think it crystalizes that moment when the word becomes flesh. Jesus lives right on into that passover meal, the bread and the wine; he lives right on into the washing of his friends’ feet, his call for them to take care of each other, to love one another. That’s the proof of authenticity of discipleship, the Made In America label: you love your people. Who are your people?  (Answer: the last one you’d choose. See “Good Samaritan.”)

My inner critic lives in fear that he will die, old and depressed, overweight and without issue of anything worth remembering. He taunts me about how I have not written a hit song. I point to the Maundy Thursday service circled on my calendar and invite him to come.
“No one will be there!” he sneers.

Spring will come. Tomorrow the excavators are smoothing the dirt over the trenches and returning the bike shed to its place against the house. There is an inch of green waiting patiently along my front walk. Soon, it will reveal itself to be a snowdrop. Somewhere, a man has been disgraced. Somewhere, a baby is pushing her way into the world through the hardest passage known to our kind. Somewhere, a parking car scrapes the bumper of a sitting car. After examining the damage, the driver pauses to consider. She scribbles her number on a torn St. Patrick’s Day envelope and leaves it on the sitting car’s windshield. 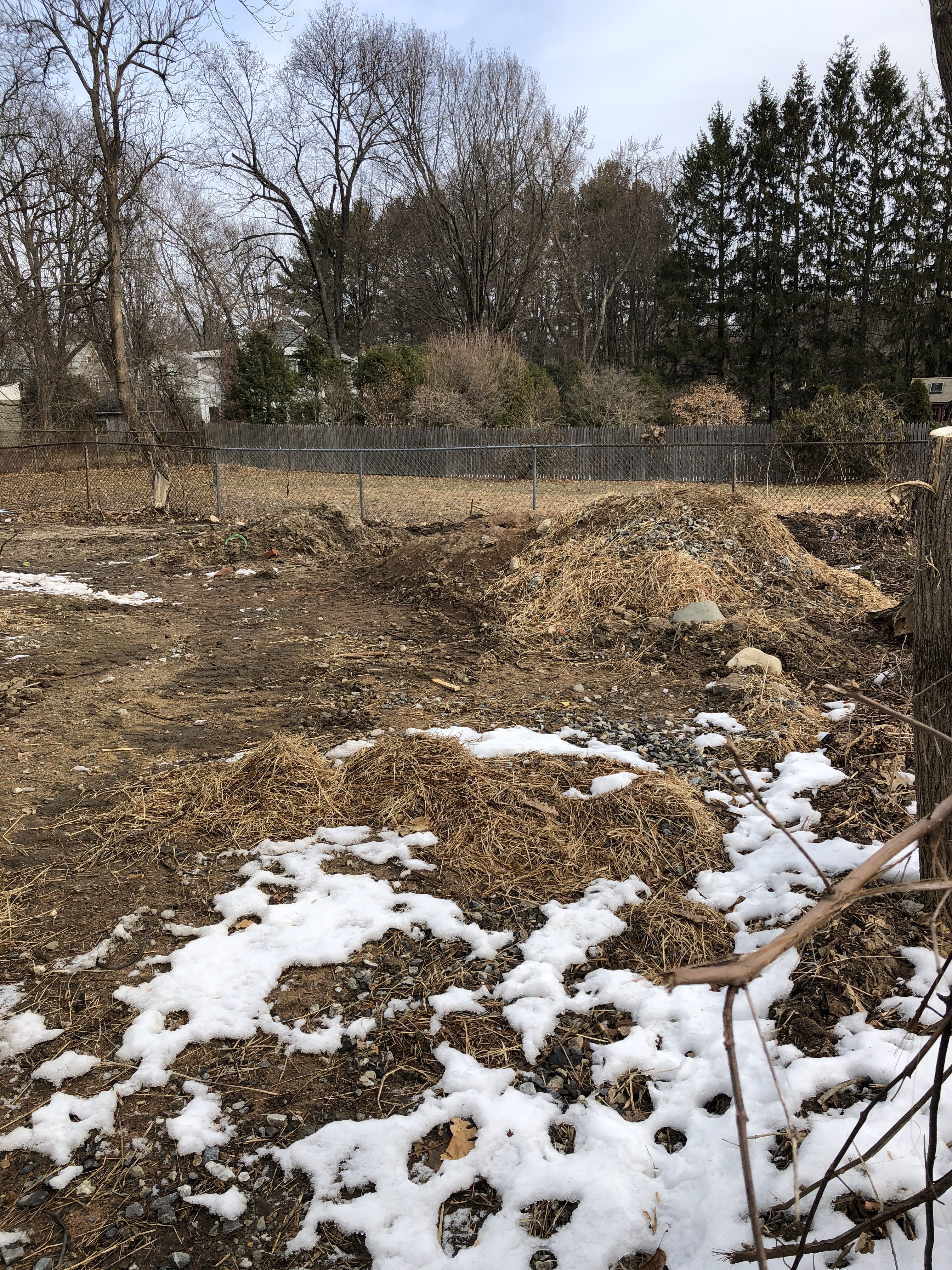 The guys put the windows and doors on the house this week. Last weekend, Gaby came over to help me think about landscaping, which we can’t afford right now, but…

Last week, I got depressed. At first, I was puzzled. I had just had one of the best weekends of my life. Our MLK@JFK had gone better than my wildest…

I bought this house in 2003, when I was newly divorced, thirty-six and optimistic. I’d just signed a book deal with Scholastic, and I was working on the soundtrack to…