My Tuesday writing group is scribbling away in the front room, while Hudson and I sit back in Couchland, gazing at the new building. The guys are taking a break today because of the rain. This morning, our son said, “Dada, when are we going to plant some grass back there?”

It’s hard to imagine spring, or grass, or that the building will ever be finished. It’s pretty desolate. But I am less concerned about the spacial issues than I was last week. My contractor suggested I make some blank floor plans and print out copies, cut and paste some furniture models and move them around on the blanks. Kind of like Legos for grown ups. The whole process feels less daunting. And the act of moving the pieces, considering the possibilities, is very like the process of writing. You move some scenes, you cut a character, you re-write. 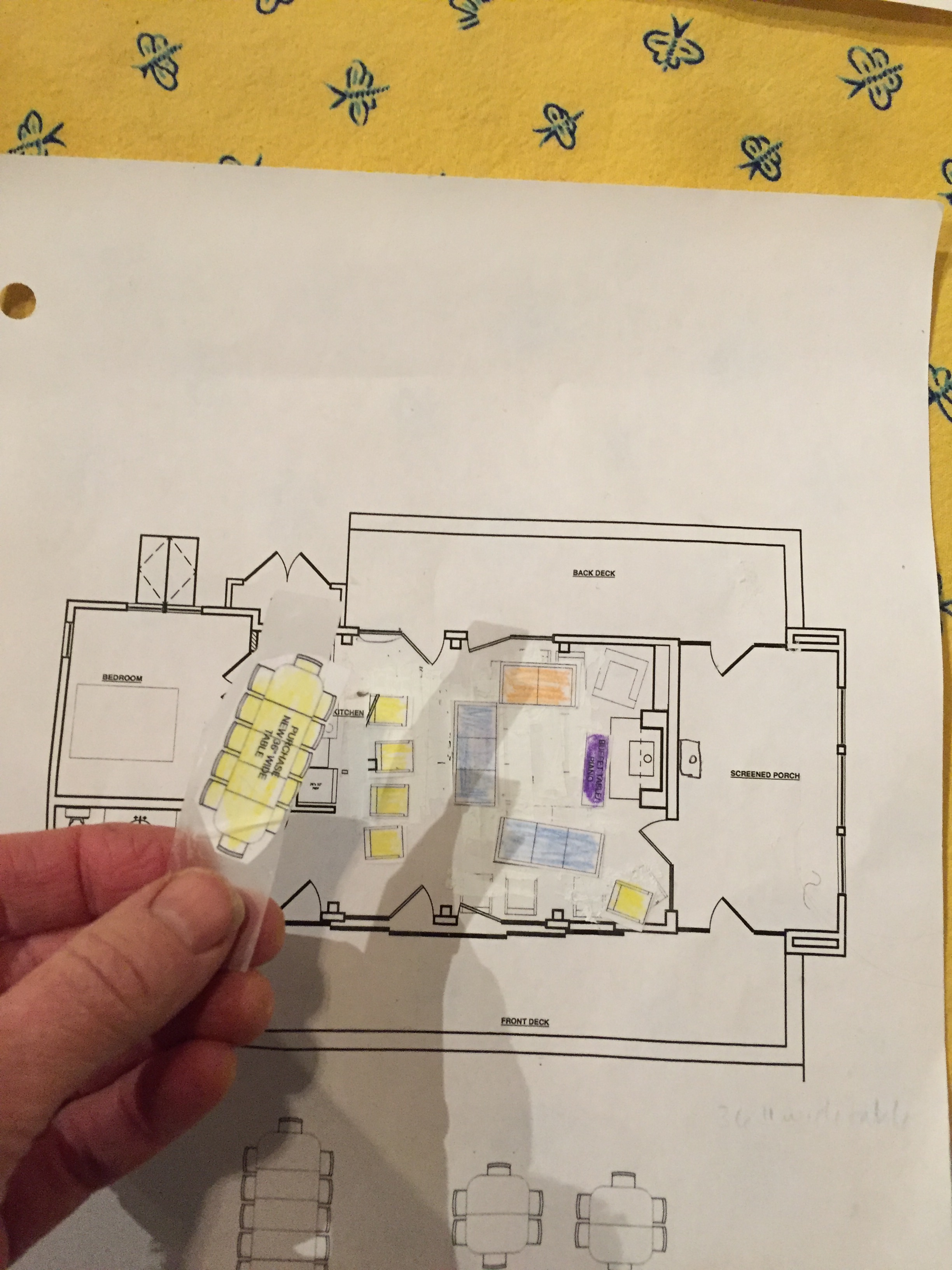 Last year at this time, I became obsessed with two things at once. One was the puzzle of my novel. My agent had just sent me back my manuscript with a giant plan for revision. I had to take apart the entire manuscript, re-write huge swaths from different points of view, and rework the ending and frame. The first thing that came to mind was that in order to do this, I needed a new office, and specifically, a huge flat empty desk.

This dovetailed into my second obsession: the problem of my house. Don’t get me wrong, my house is magical, as I have written. But after 14 years of living here, and having added a husband, two kids and a puppy, it was no longer the spacious funhouse it once had been. No more did I have an entire room to use as a wardrobe. Instead, we were wading through clutter, and the kids were cooped up in the winter, in dire need of a playroom. My guitar students were knocking elbows with each other in the music room. My family was infringing on my writing groups, and my writers were pushing my family out of their downstairs. 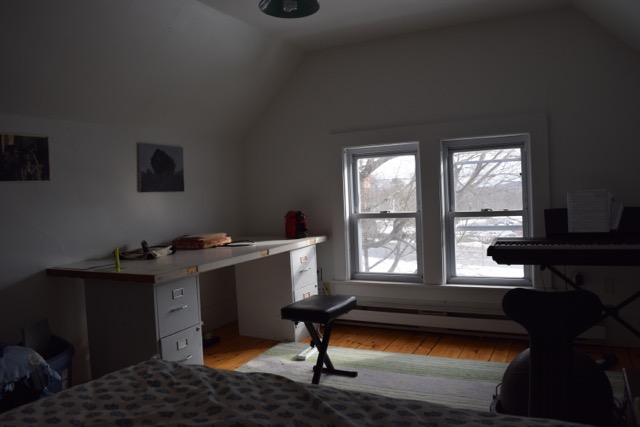 To solve the first problem, I escaped to the attic, where I fashioned a desk out of a big door. Every morning at 5am, I crept up and wrote, laying the scenes out on the desk, or the floor, or the wall, so I could get a visual on what went where. As I worked out the architecture of the novel, I was also puzzling over the architecture of my home. I needed more space to teach. The kids needed more space to play. Tom needed less clutter. Should we take a wall down between the writing room and the music room downstairs? Should we make what is now a kind of glorified hallway into a bonafide office by bumping out the dining room wing of the house? Should we finish the attic and put a playroom and bathroom up there? But in order to do so, we discovered after much research, we’d have to structurally engineer the whole house up. Eventually, we decided to build Little Blue. But my confusion about the layout  of Big Yellow remained. When would we get clarity on what we should do?

Jay’s pneumonia is getting better, but not healed completely. In January 2018, as of today, he has gone to school for only 6 days. We were desperate to leave no stone unturned, we hypothesized that perhaps he was too cold in his bedroom. His bedroom, which was once the master bedroom, is for reasons unknown the coldest room in the house. Elle’s room is unusually hot. So one day last week when she had run up to the attic to talk on the phone with her bestie, I had the thought: what if I gave her my attic lair?

She jumped at the chance to move rooms. And Jay was happy to move to hers. I hired 4 Guys and  Truck, and on Friday, we made the big switcheroo. As is often the case, the moving uncovered years of clutter. We gave away and threw away much. (Not 80%, but a good effort!) Cleaning, tidying, decluttering creates a powerful energy of its own. Today I sorted through years of papers and memorabilia and created a new filing system. My house has never been so organized. Also, thanks to your comments, I did not sell my treadmill desk! I moved it to what was recently J’s room (the cold room, now the guest room/workout room) and have even walked on it for 15 minutes as I poked at my iPhone. (This is my favorite form of exercise, by the way–poking at iPhone while walking slowly uphill. I could win the Olympics event of this.) Elle loves her new upstairs space, Jay loves his warm room, and I now have my flat door desk in the glorified hallway. It feels as though the plan is settling into place.

We couldn’t have figured this out any other way than by just living into it. So often, the solutions don’t become clear until time passes. My draft may or not be finished, but the only way I could solve its problems was to just. keep. writing. Eventually, with enough time and slog, clarity arrived.

The other profound wisdom which has now passed through my bloodstream is that no expensive renovation or even new home can give the profound peace and satisfaction that a clean, organized, uncluttered space can give. We are not 100% there yet, and I will never be That Person who has gone all Marie Kendo, but my whole nervous system sighs with relief when I walk into any of the rooms in my home now.

I have no photos of the house from before 2005, because my hard drive crashed and I lost all my pictures. I still grieve this loss. Gone are most of…