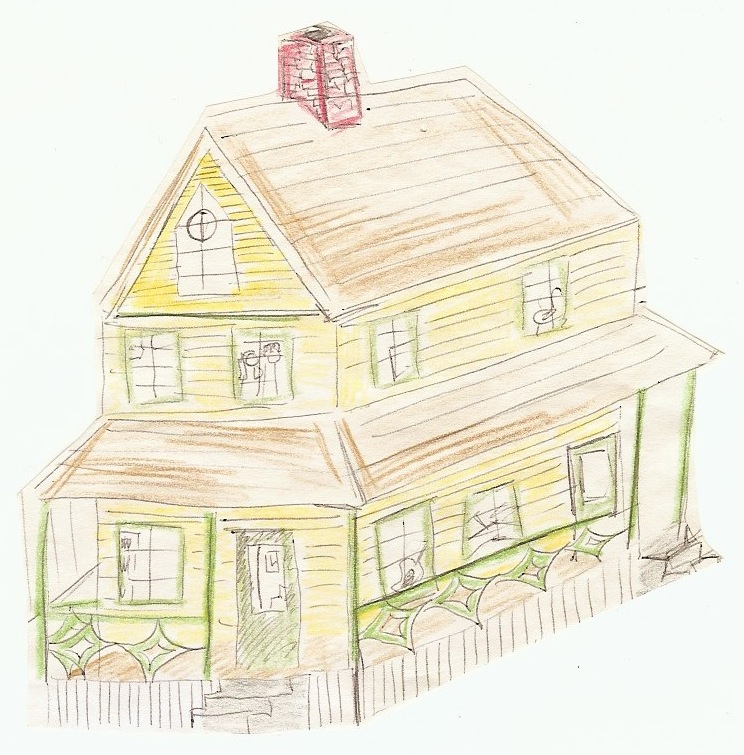 I bought this house in 2003, when I was newly divorced, thirty-six and optimistic. I’d just signed a book deal with Scholastic, and I was working on the soundtrack to go with my first novel. I wanted to meet someone and have kids, and I also knew with complete certainty that I would be absolutely fine if I stayed single forever. I was full. But I was tired of living in uber-white Hatfield, which seemed light years from the Northampton I had long been in love with, even though my place in Hatfield was a mere three miles out of town.

I’d been looking to move for several years, even during the dregs of my first marriage. I’d employed an intrepid realtor, and she periodically sent me listings. On July 18, 2003, she sent me an email:

That house on Prospect Street that you like has just lowered its price. Wanna come see it?

Of course I wanted to come see it. I’d driven by it for years, always thinking, “Well, that’s a nice house.” It had the requisite wrap around porch, the big maple in the front yard, with a dogwood nearby. It was near Childs Park. Perfect. But I couldn’t afford it, even with the drop in price. Nevertheless, I drove down the gravel driveway and parked in the back yard. The owners were exceptional gardeners, and the place was a veritable Eden; Victorian hydrangea, lilies of all kinds, phlox, and even blueberry bushes. 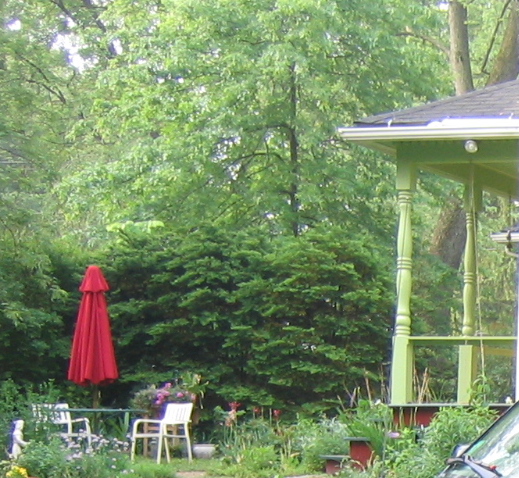 I crept up the stairs to the back porch, and a cat dashed by. I entered the kitchen and my heart started pounding. This really was my dream house. And I felt despair that I was putting myself through this torture. It just felt like home.

I followed my realtor to the front of the house, and there at the great south-facing picture window, I had a vision. I saw my ratty couches from my Hatfield music room arranged in a circle. I saw people focused on notepads and laptops. I saw musicians with guitars on their laps. And as I stood in the doorway between the two parlors, I did some quick calculations: if my house in Hatfield would sell for $10,000 more than my realtor had guesstimated. If the owners of this house would come down another $10,000. If my parents would grant me a bridge loan–because my house wasn’t even on the market yet. And if I could somehow figure out how to run writing groups. And maybe if I took on a tenant–this was, after all, a big house––then I could, just possibly, make the mortgage each month.

The next day, I signed the P&S. A month later, my house in Hatfield sold in a bidding war for $10,000 over what I’d asked. Six weeks after I had my vision, I was moving in. And eight weeks after the vision, I had two nights full of writers who had committed to my groups for the next ten weeks.

“Why are you buying this gigantic house?” some friends asked. “You are a single woman.”

So after seven sick days, three doctor visits, a clear X-ray, a weirdly energetic weekend and a performance at the MLK, Jr Children’s Celebration, the boy showed up at Couchland…

Day 16: Couchland in the Cold