Authority, or What The Democrats Have to Do with the Structural Problems of Novel-Writing 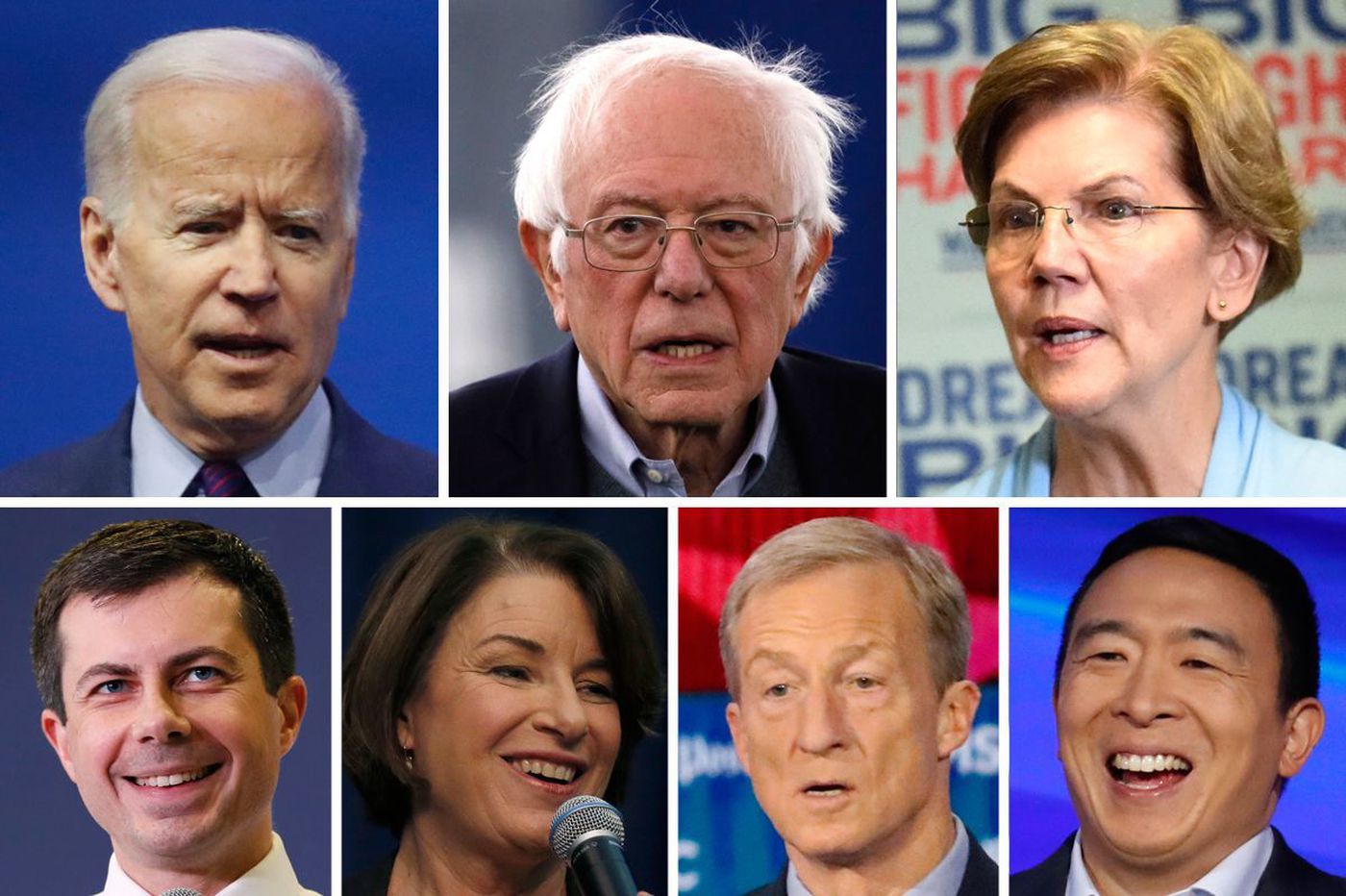 I am working on what is perhaps my fortieth draft of The Big idea. Maybe the fifty-fifth. I have lost count. Recently, I received feedback from two excellent writers who have done what I hope to do: get the nod of the gatekeepers of the literary world, sign with agents who sold their books to publishers, who went on to publish those books to respectable sales and excellent reviews. (Both books are fantastic and admirable in every way). While both writers were encouraging, they had lots to say to help me move my book past the gatekeepers and into the world. But their combined suggestions require a broad revisioning at the level of point of view and voice. After many many drafts, I am finally surrendering to a truth I have suspected for a long time: the book wants to be told not from the point of view of one (or all) of the members of the band, but by an outsider who loves them and can see them with some objectivity.

Still, many many decisions remain. How completely does this new viewpoint hold? Are there no sections to be narrated by band members? Does this mean the outsider needs to be present in every scene? If so, how can the reader understand the inner workings of a family band? What if the device is that the narrator has swallowed the band’s story so fully she now owns it herself? Does that work? I don’t know. I have to show pages to my various writer-friends, constantly seeking new readers who won’t suspect the spoilers my dedicated readers already know. Writer friends, including the two who got past the gatekeepers, keep telling me, “It’s ultimately YOUR book. You need to own your own authority.”

I get this. I remember in the 90s when my band The Nields was on a major label trying to get a radio hit. We kept asking our gatekeepers (A&R people, radio programmers, etc) if a song was good, and/or if it had radio potential (which btw no one ever knows). Once, upon hearing our demo for what would become our third album Play, a disappointed A&R person said, “It’s just that all these songs are so….Nieldsy.” When we made our fourth record, 2000’s If You Lived Here You’ll Be Home Now, we resolved to make a record that we ourselves loved. And we did. And that’s been our motto ever since. It works, especially as we now own our record label and have a core following who wants to hear what we’re up to next. (See our new release November). When I write a song today, the only gatekeeper is Katryna. If she likes it, we learn it. Then we play it for an audience. If they like it, we keep playing it, and we’ll record if for an album. If listeners like it, they request it at shows, and the song makes it into the canon. Easy.

But that’s won’t work with the novel. I can write the book I want to write, but if an agent doesn’t bite, my only recourse is to self-publish, which is something I know next to nothing about. Who would read my self-published novel? Maybe 10 people. I want to sell the book; I want the story told as well and convincingly as possible, and I can’t do this alone. I am trying to thread a needle, and the hole seems very narrow. It matters what others think, but I am driving myself crazy collecting all these–often conflicting–opinions about what I should do.

Hmmmm, what does this remind me of? Uncannily like my questions about which Democrat to support for the nomination. I can, and have, made arguments for Kamala Harris, Pete Buttigieg, Cory Booker, Elizabeth Warren, Joe Biden, Bernie Sanders, Mike Bloomberg, and most recently Amy Klobuchar. I love each of these candidates for their strengths. i wish I could take the best of each and construct my perfect candidate. I would take Kamala’s pizzazz, Pete’s brilliance, Cory’s happy warrior personality, Elizabeth’s commitment, organizational skills and executive functioning, Joe’s experience and earthiness, Bernie’s passion and authenticity and star power, Bloomberg’s seemingly egoless affect, great commercials, unlimited bank account, and Amy’s debating skills and midwest pedigree. That’s just scratching the surface, actually. I really could make a case for any of these fine people. But I also could make an argument against each of them. Many just didn’t have the organizational prowess. Some are very old and stubborn. One is very young and has no national experience. For both Elizabeth and Bernie, I worry about losing a senator from a state where a Republican governor will replace them, at least temporarily. Our new Democratic president will need every Senate vote in her first 100 days to get her agenda passed.

I hate that, like a sick game of Whack-A-Mole, the pundits tear down whoever seems to be rising at any given time. Everyone is so afraid that we’ll (or “they’ll”) pick wrong, and we’ll lose to the Republican “President” in November that no one seems able to believe in any one candidate for long. Myself included.

Again, as with my book, I have a sense that I just need to trust myself, my gut, my deepest wisdom. But then I lose heart. I am a privileged well-educated white 52 year old woman from a very progressive mostly white town in New England full of the kind of elites the Fox & Friends crew detest. I am far from the heartbeat of this country. My problems are minor, and I am––for now––well-protected. What seems obvious to me doesn’t seem to resonate throughout the rest of the country. (For instance, I hold these truths to be self-evident: women can and should lead, also they alone should determine all manner of authority over their own fertility and bodies; people get to marry who they want to marry, express their gender as they wish; Americans should pay more in taxes; there should be separation of church and state, separation and equal authority of the three branches of government, Mitch McConnell should not have blocked Merrick Garland’s nomination; Climate Change is real, as is science in general, and we need to do everything we can to reduce our carbon emissions; gerrymandering is corrupt and anti-democratic; also, Democracy is good. This last point is important, as I suspect many Republicans do not truly believe in Democracy.)

Still, I didn’t know who to vote for in Massachusetts on Super Tuesday. If we go with Bernie, our current front runner, I suspect we’ll lose Romney-Clinton voters, and the Never-Trumpers like David Brooks and Bret Stephens from the New York Times. Will Bernie coattails be able to turn the Senate blue? I fear folks might split their vote to keep President Sanders from raising their taxes. The only Trump voter I know well, might, just might, vote for Bloomberg. But if we end up with Mike, will we be able to get the young people excited? Will Pete or Amy get the young people excited the way Bernie or Elizabeth could? What about all those Bernie voters who say they won’t support anyone else? I second guess myself at every turn.

So I did something I resist doing. I sat still and just went inside and paid attention to the beating of my heart. I inhaled and exhaled and tried to stay in the moment. I felt myself relax. This is when the voice of wisdom comes, and usually it doesn’t talk. It just shows me pictures. And here is what I saw: Elizabeth Warren. She is who I will vote for on March 3. She’s who my heart wants. She is the candidate I believe can unify the party, beat the Republican “President” and, most importantly, lead the country into a new era of economic growth tempered with justice and attention to the needs of the planet. Of course, I will vote for the candidate who has a D next to their name come November, no matter who that is. But for this primary, I am going with my vision.

Here’s what else I saw: a long long road. The road that goes from Massachusetts to California and back. That’s the road I am on with my book. It’s just longer than I would like it to be, but I will complete this journey. I will end up with the novel I want to read and re-read, and if that book can thread the needle and get past the gatekeepers, so much the better. But that part can’t be in my control. Nothing is, except the ability to do what we believe our own wise council dictates, to which our own authority leads us.

When I announced I was going to be giving birth in August, all my friends were horrified. “It’s the worst time of year to be pregnant!” they all chorused. “You’ll…