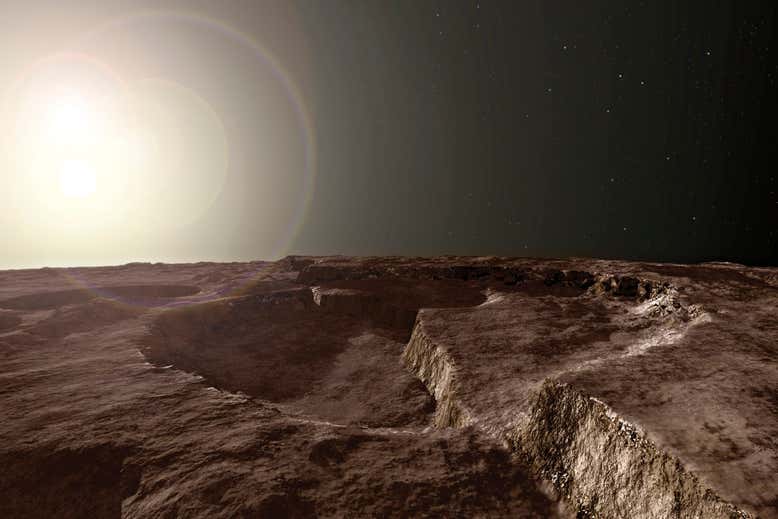 “Did we just witness the end of our democracy?” I asked Tom at some point during the horror movie that was the first Presidential Debate––which was neither presidential nor a debate. I had been dreading September 29 almost as much as I am dreading November 3rd and 4th (and the days to follow). I could not believe that the debate would do anything good.

I had feared that Biden would fatally stumble. Biden—someone I have come to love, even though I did not vote for him in the primary––almost feels like family at this point, and as such, I knew watching him debate would make me feel as anxious as I do when my kids play soccer or perform onstage. Though I had wanted a younger, more progressive, more…female…candidate, Biden won me over with his transparent vulnerability, his obvious humanity, his decency, his real struggles with life; struggles he doesn’t try to hide. He’s a guy who got bullied for his stutter and managed to teach himself how to speak well enough to get elected to the US Senate at the age of 28. He’s a guy whose losses are unimaginable: a wife, a daughter, a son. Beaten handily by Barack Obama in the primaries in ‘08, he graciously accepted the VP nod and set about working hard for his president, his country, his constituents—whom he defined as all Americans. Biden might have wobbled, but he was clear, tough, sober, and connected to his message. When he told CRAP* and the audience that his son Hunter is a recovering drug addict––and that he was proud of him––I almost started bawling. This is the kind of leader I want.

Instead, we have a madman, practiced at distraction, resembling a hoard of gadflies, buzzing around stinging people. It would be merely annoying if he didn’t wield the power of the state. It would be annoying, except it’s actually terrifying. He wouldn’t condemn white supremacists, instead handing the Proud Boys their new rallying cry. He encouraged his followers to go intimidate other voters at the polls. He stated point blank last night that if he has any doubts about the ballots (read: anything other than his re-election) he won’t accept the results. He’ll send it to the Supreme Court—which he is in the process of packing with his hand-picked justices.

After the thing was finally over, I sat on the couch and cried, terrified about the future, about the country my kids will inherit, about the health of the planet, about the death of any kind of unity in our fractured union. Terrified at the seemingly dead concept of Truth itself. We seem, as a country, to no longer be able to meet in the middle, to agree on anything, including reality. Reality, it seems, is subjective and political. Reality—say, that wearing a mask will decrease infection—is a football.

I knew I would have a short and fitful sleep. I got on my knees before bed. The only thing I could pray for was democracy.

Please, God, save our democracy.

I dreamed that we found evidence of life on Mercury. Mercury turns very slowly on its axis; one side faces the sun for a very long time—180 Earth days––while the other is dark. If you got a Winnebago, we could sort of drive around indefinitely on the margins of the land where the sun is slowly rising––or setting (depending on whether you’re a glass half full or glass half empty person.

I woke up to the rain, the darkness, the wind howling. I did my sun salutation to the hidden star, carried my phone and electric blanket to the porch and sat in the dark, and I read this prayer from ancient Celtic religion, “The Lorica of St. Patrick, or The Deer’s Cry”:

Somehow the prayer, the rain, the wind, my blanket, the dog who climbed on my lap––and maybe the faith that by some miracle my prayer would be answered––calmed me down. I read Heather Cox Richardson and Nate Silver. Something in all this is much bigger than CRAP. Bigger than all of us put together. I felt better, had breakfast with my family, planned dinner and moved along.

It was only later, when the day had stopped spinning so fast, that I realized I still had an ache above my heart that felt like a thick gray knot. I did something I never do: I sat down, closed my eyes, put my hand on the knot and just breathed in and out until the knot moved into my heart, filled it with so much water that the tears had no choice but to come out my eyes.

I have been so busy with my MFA and my novel, my family, raising kids in the era of COVID, trying to get them to wherever they need to go on Zoom, trying to feed them, trying to keep a music career alive through tips from weekly shows, that I have not let myself grieve all that we have lost.

This has been a year of unimaginable losses.

The tears were for the many dead from COVID; the many survivors of loved ones gone; Ruth Bader Ginsberg; the loss of homes and sense of safety in California and the west; all the things my kids were going to do that got eaten by COVID; my daughter’s strange first year of high school; my son’s strangled baseball season; the fact that I can’t hug my parents or fly down to see them.

But the thing that made me cry the hardest, for some reason, was the fact that I can’t sing anymore with my youth choruses—that they are now six months and one grade older, and by the time we can get together again, they will likely have forgotten about me. We didn’t even really have a chance to say good-bye. The last time we rehearsed––it was March 10th––someone coughed and made a COVID joke. We sang “This Boy” and “Rocketman” and “Bohemian Rhapsody,” and then they put away their music folders, found their shoes in the pile by the door and tore off into the night to their parents waiting for them in my driveway.