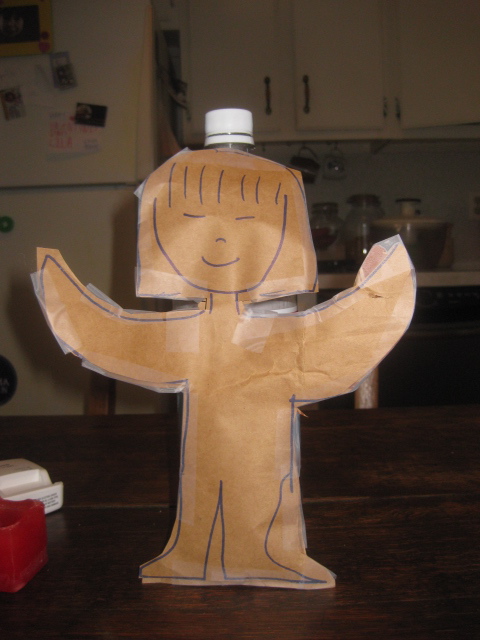 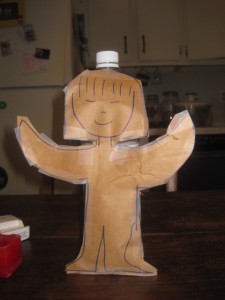 As I write this, the sound of a squirrel gnawing away at the inside of my walls is filling my ears on the right, while on the left, my six-month-old is saying, “Bur ur ur, a ba ba, ur ur ba,” and using the mallet of Lila’s tongue drum to poke at some small yellow triangle shaped blocks. He is so close to actual crawling it’s paining him, physically and emotionally. He has red marks on his cute chubby knees, and he howls in frustration that he can’t sustain his pose as he makes his army-crawling way across the music room carpet.

It’s been a big day here at Big Yellow. Kind-hearted readers, inquire no further as to my plans for that squirrel; you won’t like what you hear. For the more pragmatic among you, let me impress upon you the feeling this sound gives me every time it starts up again, after a 3 minute pause (during which I imagine the squirrel to be carrying its newly-shorn bits of my house into its new nest for the babies that were likely born two weeks ago: squirrels give birth to (multiple) litters between January and February, and these neighbors have been camped out here for at least that long.) It sounds like this: “Heh heh heh. HA HA HA!!!Heh heh heh. Saw saw saw.”

We did not exactly sleep last night. At 1am Lila screamed us out of our achy-backed nocturnes.

“There are spiders in my crib,” she wailed when I came to investigate, bleary-eyed and with my detested mouth-guard still protecting my teeth from their incessant grinding (perhaps I can use this as a bridge of understanding to the squirrels). I brought her into bed with me on the condition that she not wake her father who had insomnia the night before. She lay there next to me, arranging and re-arranging my arm around her neck depending on her fancy and occasionally sitting up to peer into my face and whisper, “Mama! Is it time to wake up Daddy yet?” until I said, “That’s it.” And took her back to her crib. This she didn’t like, and she yelled so loudly that Johnny woke up. This was at 2am. Suffice it to say, I spent the night in Johnny’s room, Tom in Lila’s and no one slept much.

This morning, I Skyped my new song “I Am Half My Mother’s Age” on Ed McKeon’s radio show on WWUH. The whole event seemed like a miracle, not the least getting to perform in my PJs. Lila and I spent the rest of the day sorting through approximately half a ton of baby clothes to give away. I am told that it’s not cool to give away clothes that are actually stained, but at this point I have ripped up so many for rags, I can’t imagine we can use (not to mention store) any more. So what’s a good environmentalist to do?

My mom friend Katie Rubenstein sent me this today, and it inspired me to do something creative with my child.

You will not regret the visit.
After lunch, we constructed Almost-Flat Lila (modeled in part after Flat Stanley, and in part after some similar dolls our cousins Emmett and Reese made for my parents last Christmas.) My idea, based on Emmett and Reese, was to staple two sides of a paper bag doll together and stuff it with more pieces of scrunched up paper bag, but the stapler was in my office which is past Johnny’s room and we didn’t want to wake him. So we used scotch tape instead, which prompted Lila to decide that we were wrapping birthday gifts. “This is a present for Abigail,” she announced.

By the way, Katryna was right: the “song about Vermont” was really “Country Roads.”

This is an amazingly nourishing soup! Cure all that ails you. I modified it slightly, but it comes from the wonderful world of Greens, a vegetarian mecca of a restaurant…