A Strange Birthday for Tom 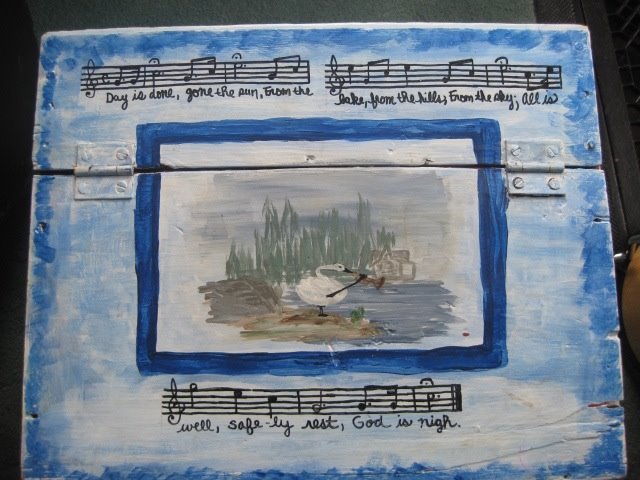 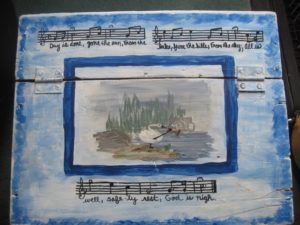 Johnny fell down the stairs tonight. It was Tom’s birthday, and we’d canceled our plans to go out for dinner because of Johnny’s fever. Instead, we’d had a lovely dinner together, complete with gifts, candles and cupcakes. I’d just given Lila a new Kleen Kanteen, but the top was missing. I’d figured it was in my attic office, so Tom had volunteered to look for it and happened to have Johnny in his arms. Finding the lid, he started back down our precarious nefarious attic stairs, tripped and fell, and while falling, Johnny tumbled out of his arms. I heard the noise from the kitchen, where Lila and I were still eating our dinner. It was one of the worst sounds I’d ever heard–the worst part was Tom’s howl of terror which told me everything I needed to know. I took the stairs two at a time and met Tom on the second floor landing. Johnny was pale and dazed-looking, and at first it seemed he couldn’t move his neck. Slowly he turned toward the sound of my voice. Tom was shouting about how sorry he was and how scared he was and I begged to hold the baby until Tom handed him to me. Then we all took off, with Lila in Tom’s arms, and ran across the street to the ER. (I was even more grateful to live near that hospital than I had been when in labor.)

“Calm down, Miss!” one of the nurses said, but another nurse, grim-faced, reached through the glass and grabbed Johnny out of my arms and beckoned us to follow her. They put the four of us in a room and took Johnny’s vitals. He was spookily quiet. He held on to my shoulder firmly but silently. When he’d first fallen, Tom said he’d cried a little, but from the moment I saw him, he’d been mute. He gazed at me as if in a dream.

It had been a hard day anyway; I’d taken him to the pediatrician first thing this morning because he’d had a high fever. At midday, his temp was 104 under his arm. I’d been worrying about my boy all day. Now I’d give anything for just a fever to worry about. He didn’t want to do anything except lie silently on my chest while I wept and my mind went to horrible eventualities. Tom kept berating himself. Lila kept saying, “Johnny’s okay. Johnny’s fine! See? He’s fine.”

They brought us to the X-Ray room, and as we were walking down the hall, I felt a calm come over me, a knowing that no matter what was “wrong” with Johnny, he was right. He was all right. That he was still Johnny no matter what, and that my love for him could never be broken, even if––God forbid––his body or his mind were.

We put on lead aprons, lay him on the X-Ray table. Meanwhile, Tem and Lila were waiting for us outside the door so as not to be exposed. Lila said, “Are you sad, Dada?”

Lila scrutinized his face. “I don’t see any tears, Dada.”

“They’re on the inside still, Sweetie.”

From outside the door, Tom heard Johnny whimpering a little bit on the X-Ray table. He burst into tears as soon as he heard the crying, and said to Lila, “Now the tears are on the outside! But it’s because I’m happy, Lila. The sound of Johnny crying, do you hear that? That’s a good thing!”

The X-Rays revealed no damage. The nurse who had taken Johnny through the the window led us to the CT-Scan room. She noted Johnny seemed to be more with it, and said, “It’s not often I bring an infant through triage. You were right to be afraid.”

This did not make us feel better.

When I’d dropped Johnny in November and brought him to this same CT Scan situation, he had wriggled and protested the whole time. I’d had to sing to him to get him to keep still so they could take their pictures. Now, he was eerily still. But his eyes stayed on me the whole time. I sang him “Babar the Elephant,” and “Tender Shepherd.” For the first time since he fell, he made some of his typical vocalizations: “Ga!” and “Da!” as if he wanted to sing with me.

We waited for an hour for the results, during which he seemed to revive a bit. Finally, I poked my head out the door to see if the nursing ban was off yet (they’d wanted me to hold off on feeding him so that he wouldn’t throw up). The good doctor saw me, and said that the CT Scan had come back normal too.

How many ways can I say how grateful I am, how when one is face-to-face with real fear, the worst kind (because I can’t think of anything worse than losing a child, or watching your child suffer) the gift is being right in the moment, right with that little angel from heaven staring up at you, looking to you for relief or comfort?

The very oddest of birthday presents, but there you have it: a sharp-as-a-knife gratitude for how very rich we are, how very blessed we are. “When you have your health, you have everything,” my friend said to me when I called her to tell her what had happened. I’ve been writing gratitudes down in my bedside journal every night, trying not to repeat any, but how can I not repeat this, write it into a refrain that I sing every single morning?

Announcing The Nields Spotify Playlists of the Month

As some of you may know, Katryna and I were a bit dismayed to find that our number one song on Spotify is not one of the greatest hits of…