When the Sun Gets Sick 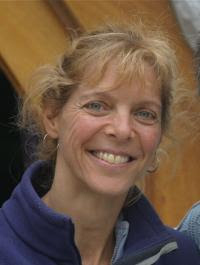 The ground has softened and so have our hearts
The cry went out, and we have responded—a domestic tsunami, you might say.

Somehow all the crocuses knew it was time to come up,
Even with the peach fuzz of snow on their beards.

I was told yesterday that after exerting yourself for ten minutes
You could no longer raise your hand to lift a glass of water to your lips.
You who couldn’t stay off the ice last December,
Shooting goals past the fifteen year old boys
I see you on the fields when you were fifteen
Hammering the ball neatly into the net
Dashing across the grass on long colt legs.
Dazzling us with your smile so bright
Many had to turn away. So much goodness in one girl.

We are promised a new happiness.
The Zen master says we need to let go of the raft
Once we’ve crossed the river.
Easier said than done.
I say it all the time, but I don’t do it.
The crocus does it every year, but it doesn’t say it.

Someone else told me yesterday that while we still wage wars
We have lost our stomach for them.
They dribble out after the first savage spring
We’ve lost our heart for finishing, for hammering them into the net.

Small hope, but hope nonetheless.
Even so, as for you, as for me—I’m betting on the crocus.

I wrote this poem a year ago when I heard that my friend Andrea was ill. Later, she discovered she had late stage Lyme Disease. She battled bravely for over a year and died on April 6, 2012. I will miss her forever.

This is the first in a series of posts about the songs on our new CD The Full Catastrophe which is due out on April 1 2012. Today, Dave Chalfant…