What It Means to Do Work 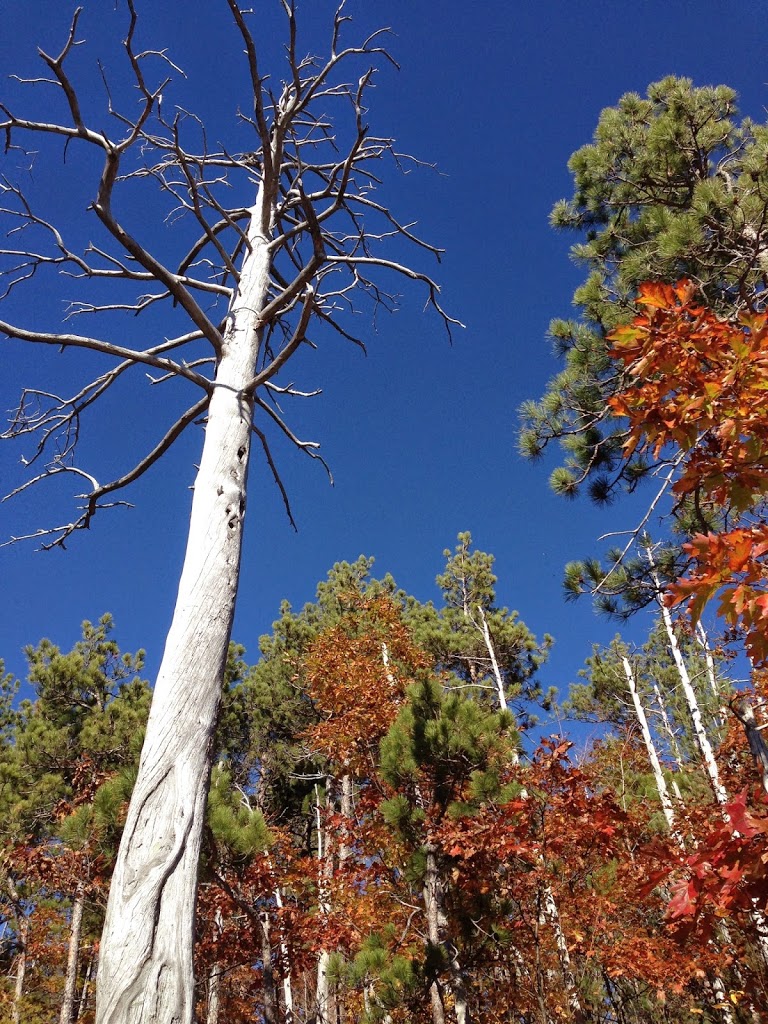 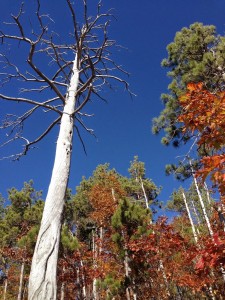 I am sticking my head up for a moment to say I am here. We are playing two shows in NYC area this weekend: Friday at Rockwood Music Hall on the lower East Side, and Saturday at Jalopy in Red Hook (Brooklyn). I am bringing both kids with me to the City, and my beloved aunt and uncle are taking care of them. (In between gigs, we are going shopping for items for Elle’s Mad-Eye Moody costume). I say “sticking my head up” because I have been spending the bulk of my time gearing up to release our new album XVII. Though the official release date is not till Feb 2, 2015 (Groundhog’s Day! Imbolc! St. Bridget’s Day! Midwinter!), our Pledge Music Campaign starts October 27, and we are scrambling to film our video, write our copy, meet with our team, post the new photos by the amazing Kris McCue to the page, prepare the newsletter, send it out, pray for donations, etc. etc. Kit (our producer) is mixing tracks as we speak, and as soon as he sends them to us, we’ll be scrutinizing them (or whatever the aural equivalent of “scrutinizing” is) to make sure they are note-perfect. Meanwhile, the world goes on. Part of me wants to stay away from NYC because of Ebola (my kids are terrified about getting it), and most of me just feels so deflated that people are dying and their loved ones are standing by, helpless. This is just what the Climate Change scientists predicted, back in the innocent 00’s. Tuesday, in my guitar class, we played through Pete Seeger’s “Quite Early Morning,” and as I was singing the lyrics, I realized that though this song is about the Cold War, and the fear of nuclear annihilation, we’re now facing an entirely different form of annihilation with climate change. The more I learn about climate change, the more I want to hide my head in the sand, which is another reason I am sticking my head up now. A folksinger who hides her head in the sand, who doesn’t stay current, is not doing her job.

But neither can she do nothing but worry. We hiked in the Adirondacks last weekend, bringing almost-10-year-old cousin William with us. He is on Harry Potter 5, and even though Elle has technically finished all 7 books, most of them were read to her several years ago, and thus she does not have the same grasp of the details that William does. So as they marched up and down Hurricane Mountain, he instructed them on all the different spells they could cast with the wands they fashioned out of twigs (only certain twig shapes could be wands, of course. There was much searching for wands as we hiked.) They also decided to speak only in British accents. I, meanwhile, had downloaded a free pedometer app. Interestingly, while I now know I am way more sedentary than I’d previously thought, and though before the download I would have maintained to anyone who cared to listen that at 47 I am in the best shape of my life, after I downloaded and saw with dismay the meager number of steps I take on a daily basis, I immediately gained three pounds. But even though I am sorely tempted by the new Apple Watch, I am instead going to save my pennies for a treadmill desk.

As much as I do want an Apple Watch–and oh, doesn’t it delivers the promise we all had as kids, fantasizing about watching TV on our wrists?–I have some concerns about turning my body over to a device, or perhaps into a device. I have a strong feeling that Apple has already taken over the better part of my brain. Plus, I don’t want my kids to see just how obsessive I would be if all the answers to my potential questions were actually on my body at all times. Which is the problem with the pedometer and why I have resisted for so long in getting a Fitbit or any such thing. I’d rather just shoot for getting outdoors every day, breathing the air at its various temperatures and consistencies, feeling if my jeans are getting baggy or tight and adjusting accordingly.

As for Hurricane, it’s a pretty big mountain, and when we started out around noon, I felt ambivalent about ascending. What was wrong with a long walk in the woods with Stella and the kids? I had no need to actually go to the top of a peak. It was overcast, and there was no view. But as we hiked, and especially as we neared the summit, some internal chemistry shifted, and I was overcome with the desire to touch the fire tower at the top. 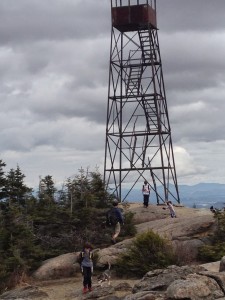 I wanted to pause, up there in the clouds, put my hands on my hips and sigh, turning 360 degrees to see what I could see. I wanted to say “I did it.” 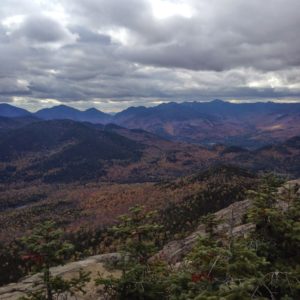 Turns out there was a view after all.

We have to raise $30,000 for our new album, XVII. I guess we don’t HAVE to. We have to eradicate Ebola and figure out a way to consume less fossil fuel and save the planet and try not to kill off any more other species. But it would be nice to raise $30,000 too. I could just as easily go with a plan where we do the bare minimum, like we did with our last album, The Full Catastrophe. In that case, we made 1500 copies, did a super cheap cover (in fact, I took the picture. If we’d asked Katryna–an actual photographer–it would have cost more.) We did almost no publicity, and certainly no radio. We did exactly one CD release show with a band. Releasing that way, low budget, felt like going for a long walk in the woods. There is merit in climbing to the top inherent in the climbing. We artists are communicators. If we don’t do our job as fully and as well as we can, we feel we have failed, even as the work stands strong and proud (and I firmly believe that The Full Catastrophe is a strong, proud, truthful, helpful, beautiful record.) If you are reading this, we have already succeeded in communicating with you. But there are people who love the Nields and don’t know it yet. We need to reach them. This money that we are raising, we hope, will do just this. Someone’s life will be saved by “Witness” or “Princess.” Someone needs to hear “Victory” and “River.” Someone will be changed by “Dave Hayes the Weather Guy.” To paraphrase Pete Seeger: we want to put our one grain of sand on the beach we believe in. We really really really love this record and we firmly believe you will too.

Last winter, when faced with the choice of writing new songs or starting a new book project, I wrote new songs. When the first one wasn’t great, I wrote a better one. When that one didn’t totally get at the issue, I wrote another. I wrote until Katryna said, “You’ve written the album. Let’s record. These are the best songs you’ve ever composed.” I hope they tell the truth, that they bring hope, that you can dance to them, that kids will learn them on their guitars and pianos and that one day I will hear them being covered. Then I will feel as though I have done my job.

Third in a series of posts about the songwriting on our new CD The Full Catastrophe, due out April 10. This photo is of Dave Chalfant figuring out a kick-ass…