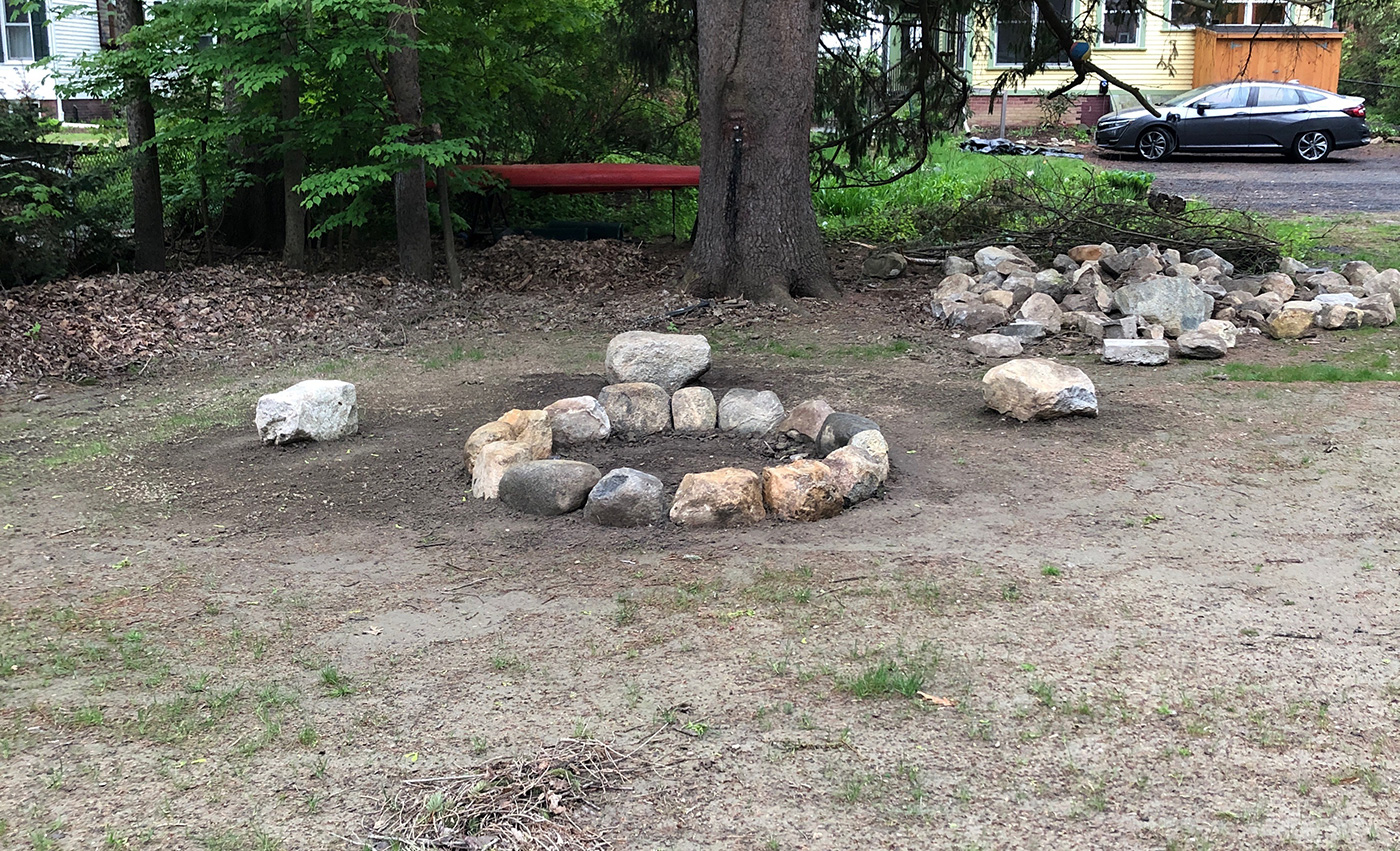 I have: some chords, a prompt from Katryna, and the usual conceit that this needs to be the best song I’ve ever written. This is not helpful. Better by far if I were to take Natalie Goldberg’s advice and attempt instead to write “the worst junk in America.”

Actually, instead I will take Annie Lamott’s to write “a shitty first draft.” I want to write a song for someone’s birthday–a kind of generic but particular birthday song, if you will. It’s not there yet, but I know it will be in a few days, or weeks. Songs show up right on time, I have found.

I am procrastinating by writing this. I am also engaged in another kind of procrastinating, which is that even though my sense––from seeing and hearing the headlines go by today––tells me we are approaching a Constitutional crisis of epic proportions, I have chosen to study Jane Austen’s Emma.

I also read a great article in the New York Times yesterday about the Dutch concept of “niksen”–doing nothing. (Do you pronounce this like “Nixon”? I assume so.) The idea is that in order to sustain the creative mind, one needs to stare into space regularly. I know this to be true. In order to write a song, I have to do a great deal of niksen, and it’s horribly uncomfortable. I like to do. I like to be productive and achieve things, and tidy things up, and check things off my list, and generally be a whirling dervish of activity. But when I think about my happiest moments, they are all about sitting on a couch in a familiar place, drinking a mugful of something warm while snuggling with my dog or children or husband, conversing idly with people with whom I can be completely myself. The other moments I love and remember involve me lying in bed in the morning, just thinking, letting my mind wander; or sitting alone on a couch watching the sky change colors in the morning, or the leaves fall in October, or snow fall silently on a January day that never quite gets light; or the pure blue of a summer sky, lying on my back on the top of a rocky peak, or in a hammock under a canopy of brilliant green leaves. As another writing teacher, Brenda Ueland says, “Writers need time to moodle.”

I have been weighing the pros and cons of applying for MFA programs for Creative Writing. Pros: It would be fun. It would make me learn stuff I might not want to learn, but would be good for me. It would make me a more sellable workshop leader/teacher of creative writing. It would expose me to lots of new thoughts and thinkers. I would make lots of writer friends. I would read a lot of books, write in new ways, be torn apart as a writer so I could be built up from ground zero. It would stretch me, make me see far horizons beyond these tall pine trees I stare at now, from the bedroom of Little Blue, where I have sequestered myself to try to write a song. Hold on. let me strum a few phrases of the thing I have been working on. Back in a moment.

OK, I’m back. I got some structure to the first verse, and a tag line that might serve as chorus which gets to the central idea of the song. I also checked my email and found out that some awesome friends of mine are coming to my Summer Writing Camp this July, and I am thrilled! So this brings me to the Cons: I have written and published three books, nineteen albums, two volumes of poetry. The main literary work of my life, my novel The Big Idea, is very close to being finished. I have a sustainably successful career as a singer songwriter in a band that I adore, and we still play at least thirty shows a year. (I am resisting the urge to procrastinate further by counting them.) I have a way of doing things that may not have made me a best-selling author (yet) or a hit-parade songwriter (yet), but I love my work. I am proud of almost everything I have put out there, and some of it amazes me. I know what I like, literarily and musically, and I don’t really need or want someone else to tell me what’s good. I also know what in my work is weak, and while I don’t know how to fix it, I do have a great desire to improve. Will an MFA program give me what I need to get better in these areas? Maybe.

More cons: my kids are still very young: 13 and 10 as of this writing. My husband is a therapist in private practice, and we buy our own health insurance. Our income is largely dependent on what we both bring in, and my share can’t be diminished. Every single job I do requires my creative wits and focused attention: the youth choruses I run, the writing groups and retreats I host and lead, and of course the performing I do with The Nields. Can I spare 25 hours a week to read and write for my Masters?

Maybe. I already spend about that much now reading and writing. I lead two book groups: one on African American/African diaspora authors, and one on 19th century novelists. I do much of my reading by listening to audiobooks. I am in a rigorous fiction class, and two manuscript groups. I write at least 5 hours a week, usually more.

I wrote the first verse of the new song. I stayed home today and waited for the Sears guy to fix our freezer. I watched our landscaper lift the boulders and large stones that used to be the foundational wall for Little Blue to create a fire pit. He also planted three flowering trees. I read friend’s poems and pieces of their novels and learned from them. I listened to another friend who is in deep grief over the death of a parent and the estrangement of a sibling. I agreed to an estimate to fix our busted sewer line that was about five times what we’d expected. We got a check from the government because we paid too much in taxes in 2018. I carefully avoided the news about North Korea and the cretin President Asterisk wants to be our Defense Secretary. I sat on the couch and stared into space and let the air breathe in and out of me. Tonight, my daughter and I will watch the BBC version of Emma, and tomorrow I will see both children play their violins in a recital. There is so much to do, so much I should have done, so much I want to do. But most of all, I want to be, and I want to be with the ones I love.

Even though we had to sprint from the SouthWest Airline counter through security with two unhappy children and two very heavy car seats, it was totally worth it to bring…