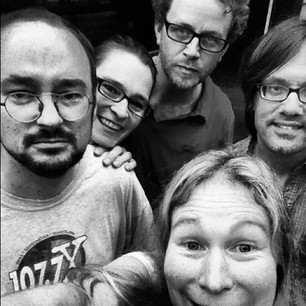 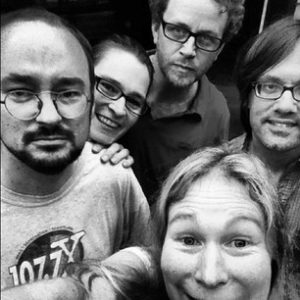 It’s Falcon Ridge Prep week. Fortunately, I did not take the teaching job I was considering last time I posted, and so I have had time to make playlists, run around and clean while listening to Tracy Grammer and Dave Carter, Bill Morrissey, The Band, Lowen & Navarro and oh, yes, our own soundtrack, so I can learn and re-learn songs.

It wasn’t always like this. In the 90s, we just did our thing, carefully calculating how many times we could perform, which songs to sing to maximize CD sales, and trying to play as many workshops as we could. But over the years, Falcon Ridge has become a family. We have come to know and love the other artists who frequent the folk festival, and so we learn each others’ songs, play onstage during each others’ sets. And this year, grieve when we lose one of our own.

Eric Lowen, one half of the partnership known as Lowen & Navarro, played Falcon Ridge every year since (I believe) 2003. In 2009, he retired from touring, but I am pretty sure he was onstage with Dan Navarro in 2010. He was diagnosed with Lou Gerrig’s disease in 2004, and this diagnosis only sharpened his resolved to devote his life to music and writing and touring and singing his heart out. Year after year, we watched him climb the stage, later with a lot of help and seated in a wheelchair. Year after year, he gazed out over the field, making eye contact with audience members, sharing his craft with his fans, winning over new ones. Year after year, Dan Navarro sat beside him, blowing everyone away with his own singing and killer guitar playing.

This year they will not be onstage. Neither will Bill Morrissey, Dave Carter or Levon Helm. But their music will be.

One thing I have added to my schedule recently is voice lessons. As many readers know, Katryna has long suffered from vocal polyps which have caused her to have to cancel shows to heal her voice. This has been going on since our Gotta Get Over Greta days when we had to cancel our entire fall tour after recording that album. But Katryna is better, thanks to finally finding a most extraordinary 78 year old voice teacher in Amherst named Lois Smith. Katryna, I am sure you will agree, sounds better than ever; more importantly, she now has the stamina to sing all week and still be able to perform on weekends. Why wouldn’t I avail myself of this teaching? Besides which, once when we played with Joan Baez, she told me, “Just be sure to get yourself a good voice teacher and keep on studying.” What’s good enough for Joan…

I started last week. Vocalizing with Lois at the piano. At one point, I wondered if I could poke my eyes out with some sticks; that would have been more interesting. But I did have to admit, she warmed my voice up, and I know enough from my study of yoga that steady, tender, slow exercise works miracles. So I told her I’d be back this week. She wrote me up a practice plan which I promptly folded up and stuck in my backpack.

Yesterday, I arrived again at her house and unfolded my practice plan like a good girl.
“Good!” she exclaimed. “Did you practice three times a day?”

“Well,” she said, shaking her head. “You have to practice three times a day.”

On Tuesday night, the CrackerJack band assembled at Sackamusic in Conway, with Dave Hower on drums and Paul Kochanski on bass. Dave Chalfant played a fine looking Epiphone, and we ran through our songs in an un-airconditioned loft. They all sounded much better like that: sweaty and disgusting. There was also no toilet paper for the bathroom. Very rock and roll.

It happened like it always does. At some point (possibly during the very first chords, Dave Hower locking right in with Dave and Paul; me finally feeling (again) like I really belong somewhere) the smile came to my face unbidden and just spread and spread, threatening to turn to tears. I laughed, I relaxed. My band does this. I had an awareness during the entire rehearsal of just how lucky I am. How many 45 year old women get to play with a rock band? How many get to write the songs that write band then interprets? I can’t believe this is my life.

This year, I didn’t blow my voice out during rehearsal. And today I practiced my voice lesson homework.

It’s taken me 45 years to get back to the place I was when I was seven years old and first knew I wanted to be a singer. I knew then what I later denied; that the voice is (sorry to be so woo woo, but) sacred. This week, it’s come together for me. Listen to Bill Morrissey sing “Birches.” Listen to Dave Carter sing “The Gentle Arms of Eden.” Listen to Eric Lowen sing “We Belong.” And now listen to Levon Helm sing “The Weight.” And now listen to Mavis Staples and Nick Lowe sing “The Weight.” Does listening to these angels do to you what they do to me? Though I wish more than anything to put it into words, I fear I’ll fail, but I will try anyway. This is the voice of God. Each one of them. Each crazy, divine, fully human utterance is God to me, each stab at the truth, each blind belting, and even though I am just me, a 45 year old woman who never had a hit song, who drops her kids off at school every day, who shops at Target, who , I get to sing too. I get to sing along alone in the car, and I get to sing to the kids in the music classes I run, and I get to sing onstage in front of thousands of people. I get to do this crazy thing called singing, which is like reaching inside to the softest, silkiest realest part of yourself and turning it inside out and presenting it shamelessly to the world. It’s the most vulnerable thing a person can do, and I get to do it and survive.

Kit arrived yesterday, and he and Katryna and I got straight to work, running through all the songs, and refining some vocal arrangements. Kit’s first instrument is the piano, and…

This is the first in a series of posts about the songs on our new CD The Full Catastrophe which is due out on April 1 2012. Today, Dave Chalfant…

The weather. No rain! This is the first time in my memory that that’s been the case. Usually it’s a mud bath. Amelia playing with us on the main stage….