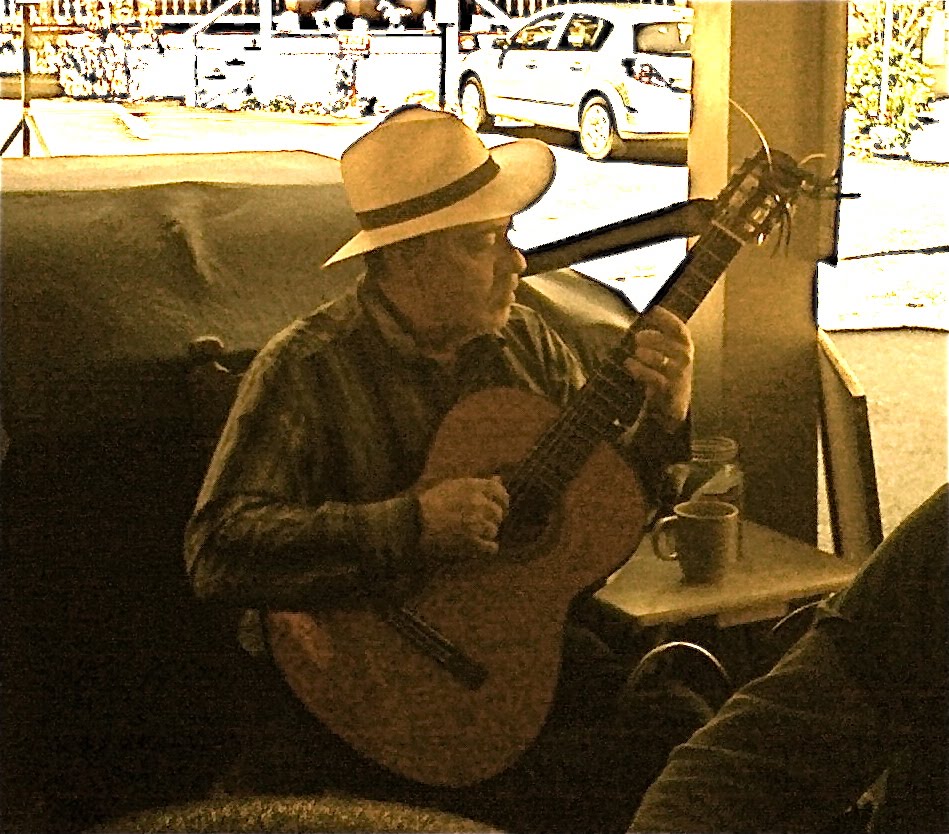 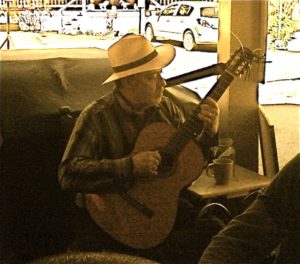 In my yoga class last Friday, the substitute teacher whom I love and haven’t seen for awhile asked me how I was doing.

“Could you talk about resistance?” I said.

I have a tiny daily yoga practice in which I do one sun salutation, cobra, some movements that might qualify as push-ups if you excuse the fact that I’m not bringing my body anywhere near the ground, and lately something called dolphin or Pincha Mayurasana prep. I leave ten minutes to practice, and many mornings don’t even come close, as Elle thinks it’s hilarious to turn my downward dog into a slide. The whole thing turns into a pose called Horse, and Elle rides on me as I gallop her to the kitchen for breakfast. It’s fun, but it doesn’t do a lot for advancing my strength and flexibility to say nothing of my spiritual growth.

So I was hoping for some big epiphany from my yoga teacher last Friday, some wise piece of secret code that would change my attitude forever! Instead, she said, “People say that because I’m a yoga teacher, I must just love getting on the mat every day. That it isn’t hard for me. That every time I practice I am full of light and joy. Not true. I’m as cranky as the next Joe. But I do show up. I just do it.”

Ugh. That Nike appropriated wisdom again. But it’s certainly the wisdom that’s proved true for me in my 42 years on the planet. As Woody Allen says, 80% of life is about showing up.

The teacher went on to talk about change, and how most resistance is about not wanting to change. Oh, that one. Yes, I know a bit about that.

I am fascinated by the relationship between practice and resistance. I just wrote a chapter about it for our book on the musical family. I am thinking about it a lot these days because of my yoga journey, because I am trying to write daily and because I am thinking about enrolling Elle in Suzuki violin lessons. Last Saturday at the Pete Seeger Tribute, one of the other artists played “Last Night I Had the Strangest Dream,” and my parents whom I was sitting next to clasped hands and started whispering to each other furiously. It turns out on their second date back in 1961 they had realized during a Pete Seeger concert while he sang that very song that they were in love. (I digress, but isn’t that cute?)

Anyway, we introduced ourselves to the singer (Emily Greene), and it turns out she teaches three-year-olds how to play the violin. Just an hour earlier, as we trotted down the streets of Northampton to pick up our dinner, we passed a fiddle player busking on the street, and Elle shouted, “Mama! I want to play the violin!” Five minutes later we passed a saxophonist, and she said the same thing, so we maybe should wait for her to choose between the French horn, the flute and these other contenders before we sign her up for lessons. But at any rate, the idea of my children taking music lessons and the accompanying questions about practice are no longer in the category of “someday, a long time from now.”

I am reading a fun book called The Talent Code that addresses the issue of practice head on. The author writes about myelin, this fatty substance that coats the brain’s neurons to make the firing of the synapses faster. I am not far along enough in the book to say much more than this: when we practice with deep concentration, with a “rage to master” that manifests in the practitioner channeling the Clint Eastwood Squint, we coat our neurons with myelin and progress at a much faster rate than mere mortals. We create talent in ourselves. This process is hard and frustrating and not a lot of fun, and in order to maintain our intention to get better at whatever it is we are trying to master, be it the riff to “Smoke on the Water” or Pincha Mayurasana, we have to keep stoking the fire of that “rage to master.” (I love that phrase! Can you tell?) Also, the building of myelin, which is something like the insulation one wraps a wire in, creates a kind of stress response, which is why so many give up the pursuit before they start to get good at their desired path.

Interesting theory. I plan to finish the book and write something more intelligent and thorough at a later date, but for now I’ll just say this. What I notice is that my one-year-old son bangs on the piano every third time he circles around the play room. My daughter pulls two unmatching sticks out of the designated music box and drums on one of the many small drums we own. I know this because I catch her at it and I find the sticks in random places around the house. When I tidy up at the end of the day, I almost always find myself putting those unmatching sticks away. Of course I don’t tell her to practice her drumming any more than I tell her to practice her imaginative play with her dollhouse or to practice her puzzle skills. To her, it’s all play.

So here’s where I am today: my life is so sweet right now. It’s a delicious balance of family, personal health and harmony, professional satisfaction. But. I want this book Katryna and I are writing to be a beloved best-seller. I want the DVD we are making to be so wonderful that kids and parents alike choose it for car trips and make it the default, the go-to entertainment. Most of all, I want to enjoy these works of ours. I always enjoy making our CDs and writing our books. I am a process kind of gal. Taking a cue from my heroes John Lennon and Bob Dylan, I haven’t always cared as much about the products once they become products. I move on to the next one. But doing so can be a kind of cop-out. In always looking to the next project, I can shortchange the current one. I don’t want to do that this time. Jumping ahead to the next project while the current one is in its finishing stages is just another kind of resistance. It’s a way of not dealing with the inherent grief that comes along with any artistic endeavor. Because no matter how hard we labor on our craft, the vision is going to be a little different from our initial vision, just as no child turns out exactly the way the parent thinks she will when she’s a baby (thank God!) Often works of art (as well as kids) turn out much better than we imagined, and usually we can see this. But sometimes there’s some disappointment. Rather than sit with it and feel it, some of us want to leap-frog into the future.

Speaking of Bob Dylan, I read an interview years ago in which he was asked what his favorite song was. He paused for a long time and said, “written or recorded?” From his perspective, those were two different animals altogether.

There are two kinds of art: art that takes place in time (dance, live music, theatre) and art that takes place in space (painting, sculpture, photography.) Books and CDs are an amalgam. There is the “time” effect of reading or listening, and there is the “space” effect of the artifact itself. I consider myself a good “time” artist. I love to perform and it’s easy for me. I like the spontaneity of a performance. I am not quite as confident as a “space” artist, though I would like to be. I want the book we are writing now to be a beloved experience as it is read and played with today, and a beloved artifact, a treasure that a kid born in 2007 might love when he is five and that he packs away and finds again when he is thirty in 2037 to bring out and share with his small daughter.

Can practice still be play? Can we write this book and have a blast doing so, even when we get to the frustrating parts when the myelin is wrapping itself mercilessly around our neurons? I don’t know, but I am going to find out. I am going to hold myself accountable to you, my audience and readership by saying this: I am going to practice and I am going to play. I am going to show up for the page, for the editing, for the mixing. I am going to give it my all. I’m going to make music and video and sentences that I love, that I want to hear again, see again, read again. And then I will let it go and move on to the next project, but I will have gained a new book, a new CD and a new DVD for my collection.

Optimal Blueprint and How I Found My Tibia

Yesterday just before dinner, I came home from a weekend away and scooped up my four and a half year old daughter, kissed her, listened to her adorable recounting of…