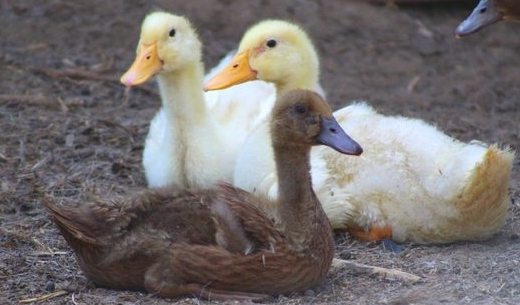 This past Ash Wednesday, I felt too sad to give up anything for Lent, feeling as Jimmy Fallon does, that instead, I will just give up. Ha ha. I wanted to surrender something for the planet., some marker of my human addiction to carbon. I considered giving up Amazon (the trucking, the packaging, the general destruction of small businesses everywhere), but I needed refrigerator filters.

Something was in the air over the weekend. I found out later I was not the only one who burst into tears in the middle of a sunny Saturday and couldn’t stop crying, couldn’t stop thinking about Climate Change, and the impossible-seeming road to a nationwide understanding of what we will need to do as a country, as a planet, to save what little we can. Our current administration has set us back decades. It was profoundly discouraging to read about Diane Feinstein dismissing the youngsters who came to her office to try to get her to sign on to the Green New Deal . She and Nancy Pelosi are in a tough spot, I admit. I get that the Green New Deal is a hard sell. Though, in my understanding, it is non-binding legislation–on its own, it’s just a mission statement. This is what we want. This is what we need. Now let’s sit down and talk about how to get there. While I would back it–even if it meant giving up plane travel and cutting down my trees to put solar panels on my roof–I completely get why doubters don’t. If you don’t believe we need it, it would seem draconian. Yet 74% of the US Population DOES believe in Climate Change, and 67% are scared about it and think we need to take action. So why are even our Democratic allies discouraging the kids who will inherit this apocalypse?

Meanwhile, I am a privileged white woman who lives in a relatively unharmed (so far) part of the planet. I heat two buildings, use a fraction of solar power to fuel one of my cars, but mostly it’s coal, baby. The Executive Secretary of the UN Framework Convention on Climate Change, Christiana Figueres, recently said that the four most important things an individual can do to help the planet are 1. No meat in your diet, 2. Drive less, fly not, bike more, walk more, think sustainable transport. 3. VOTE. 4. Divest from fossil fuel companies and invest in clean renewables. While my family doesn’t consume huge quantities of beef, we do have many a milk product in our house. The farting from the milk cows is surely as damaging as the farting from the beef cows, right? Plus the water cows use, the energy it takes to keep them alive, etc. The planet would be better off if we all quit beef and dairy.

I compounded my morass of grief and guilt by listening to the amazing book Educated by Tara Westover. Without spoiling it for you, I will just say that she grew up in a family of nine in southeastern Idaho; Mormons who found the Latter-Day Saints too permissive. Her parents believed that end times were nigh, that God would cure all ills, so hospitals were unnecessary, that schooling their children would corrupt their souls, and that the Federal Government was pure evil incarnate. Immersed in the world of this book, I felt claustrophobic, unable to breathe. It’s hard not to merge Westover’s family’s denial of the mainstream agreed-upon reality with all who support the Trump administration––who cry “fake news!” and dismiss anything they didn’t hear on Fox.

In the middle of my son’s basketball game, I began weeping. I left the building, went for a long walk in the sunshine, made many calls to dear friends and family, all of which resulted in a visit to my doctor. She ordered labs. “While we’re at it,” I suggested, almost as an afterthought, “Can we check my cholesterol levels?” I asked her this because one of the many Harpies that attack at 2am is the fear that my animal-eating is one of the root causes of my malaise, physical and spiritual and emotional.  I eat a limited diet of mostly vegetables, nuts, fats. And coffee. But the centerpiece of every meal has (of late) been some kind of rich, decadent protein, like Atlantic salmon or chicken-with-the-skin. Mostly skin. For breakfast, I always have a duck egg, which, I have discovered, contain twice the daily limit of cholesterol. Sometimes I pair it with two slices of bacon. Because I am allergic to flour and sugar, I have to get my food kicks where I can.

The next day, my son and I skipped breakfast to go to the lab across the street, where both of us got our cholesterol checked. My results came back within hours. My LDL was almost 400, my total cholesterol was over 500. I have always had excellent cholesterol. Something must be wrong, my doctor said, and she had them run the blood again.

But the results were the same. And my son, who eats about three eggs a day, also had elevated levels.

So naturally, I wrote a whole post called “The Extremely Reluctant (and Cranky) (Hopefully Temporary) (Fake) Vegan.” My test results seemed like a message from God, a message from the Universe, a message from Mother Earth to GO VEGAN! At least for Lent. Maybe I could even make my whole family go vegan! The next morning, I marinated some tofu in olive oil and tamari and fried it up over my vegetables and guacamole. I felt rejuvenated, no more grief, no more anxiety. I would solve my cholesterol problem and save the planet, all in one fell swoop. Never mind the dangers and evils of soy. No lectures about eating disorders, please (Orthorexia, much?). For that day, I felt better. I was pure, and I would be pure. Purity has a kind of pleasure that is as addictive as any substance.

Today I woke up anxious again. To get the kind of protein that satisfies me, I would have to eat copious amounts of tofu and tempeh. While I do love my tofu, I know that there are real problems with it, both in terms of its phytoestrogens (linked to breast cancer) and soy as a crop, in terms of soil sustainability. Plus the soy industry is evil. And finally, empirically, soy messes with my blood sugar. I had two angry parts inside of me duking it out all day: one who wanted environmental purity, and one who wanted to protect me. The latter pointed out that my doctor called to say she still thinks the results are fake news, and that I should do another lab in a few weeks. The truth is, other than the eggs, I don’t consume a lot of high cholesterol foods, and what if, instead of going vegan, I just gave up egg yolks? Or took statins?

But here we are, back to the argument. Why should I get to be satisfied? What right do I have to my animal protein while others perish?

But even if I were to adhere to some purity directive, it would only scratch a personal itch to be acceptable, to be cool, to fit into the Vegan Club. Last weekend, I felt profoundly unacceptable; a useless white woman who steals resources from others, who takes far more than her fair share. There is in my town, in my circles, in my Facebook feed, a strong level of anger and criticism––and self-criticism––that is not unwarranted. We live in very challenging times, and some are profiting off of the current confusion about the scientific truth about climate change. I and my people have profited for centuries off of the hidden economic and social costs of the fruits of our industry. I can’t fully make amends, but it felt like the small act of abstaining from some animals–for the next few weeks– would assuage some of my guilt. In my experience with my own flavor of depression, it’s always ameliorated by taking some kind of positive action.

For now: I am eating salmon, egg whites, nuts and some tofu. Until after Easter, no chicken, no bacon, no dairy, no egg yolks. For now, I am recycling, even though word is that all our recyclables are in a land fill in Malaysia. For now, I am turning off lights, using as little water as possible, doing all the things that made me feel like a good guy back in the 90s. For now, I am supporting the Green New Deal, even if seems impossible. I will throw my grain of sand, as Pete Seeger said, on the right side of the beach. And for Lent, I will give up judging my fellows for their environmental sins. I’ve got plenty of my own.

PS Wednesday’s newspaper arrived with an interview with my dear friend Margaret Bullitt-Jonas, the Episcopal Church’s Missioner for Creation Care in Western MA. Read this to get some inspiration.