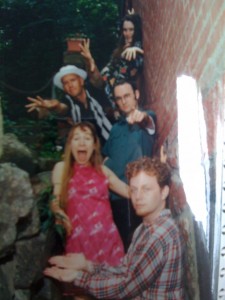 Katryna and David and Nerissa started this band slowly. The conception took place at the Madeira School, in Northern VA in the summer of 1987. Inspired in no small part because of a story the Washington Post had just done on the burgeoning open mic scene in the area, the three of them–under various terrible band names such as Odd Man Out– worked up four tunes; one of Nerissa’s (“Tripping the Light Fantastic”), one of David’s (“Fade to Black”) and two covers (“For What it’s Worth,” “Oh, Sister” by Bob Dylan). Odd Man Out lasted for two week, and the three of them went their separate ways, to different cities to pursue various degrees and to learn to do something useful. But all three of them kept making music individually. David grooved on guitar and wrote gross songs about vampires; Nerissa started an unwieldy folk group called Tangled Up in Blue and wrote a bunch of songs for her first album, Map of the World, recorded on a Walkman and released on a tiny label that duplicated its tapes via a home tape-to-tape player and sold them for free. That left Katryna, who went to Nepal and barreled through four years at Trinity College, where she hung out with Dave Chalfant (AKA Guitar Dave) who hung out with Dave Hower, both of whom played in many Real bands separately and together. But that’s getting ahead of our story. The point is, in 1991, after several graduations and useful degrees of various sorts and a marriage between Nerissa and David, the three pals whose last name was Nields moved in together in a house in Williamstown, semi-demonically addressed 66 Hoxsey Street. They met really cool actors who are now famous (Gwyneth Paltrow, John Cullum, Anthony Edwards). They got their first paying gig at the terrifying Williams Inn (what they now think of fondly as their Hamburg). After that intoxicating experience, they moved to Connecticut where David had a job at the Loomis Chaffee School. Wishing to make a better demo, they hit the studio (Wellspring, now in Concord but at the time in West Newton MA) and made what became their first album , sympathetically entitled 66 Hoxsey Street. 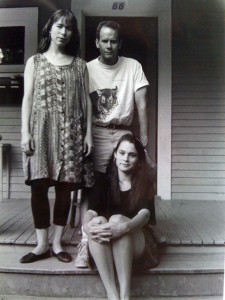 They infiltrated the burgeoning folk scene in the zydeco-loving town of of Hartford, winning over the kind folks at WWUH and WHCN. 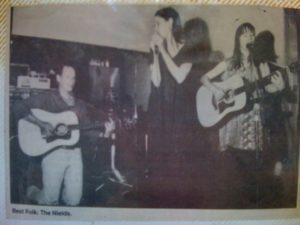 They lurked in Boston and at the Bottom Line in New York City, where they almost became famous several times. They drove a lot and covered most of Northampton, MA with posters and Nields fans. 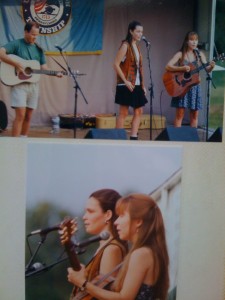 They sang and grew and wrote many songs and thought, just like Christopher Columbus you don’t know what you’ve found. 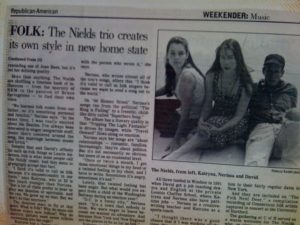 Their audiences sang along, adding their hollers to the Nields second album, Live at the Iron Horse Music Hall. 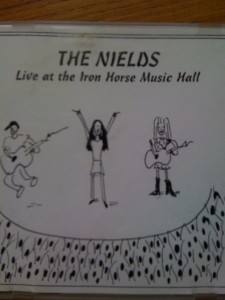 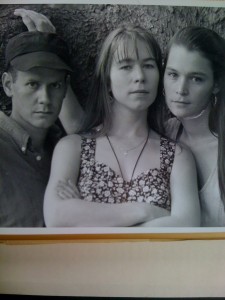 They ate really spicy food. They went to LA and their guitars were stolen in a very special episode of Melrose Place. 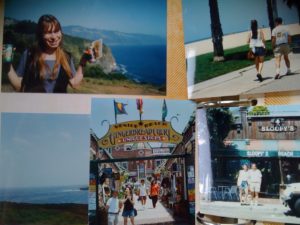 They heard their songs on the radio and shouted for joy. They asked Katryna’s friend Dave Chalfant to join them because he made them chuckle and actually keep the beat. 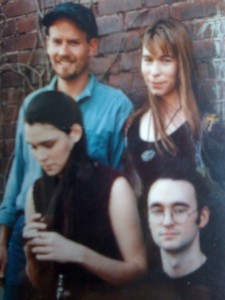 Now a quartet, they sang and grew and pondered the fact that many fans wrote letters wishing for a new album. Nerissa, Katryna and David asked Dave Chalfant for some advice. Make a record, he said. You make a record, they said. Yer mother, he said. They made a record and named it after Katryna’s friend Bob on the Ceiling, who used to hang out in the Barracuda with Nerissa and Katryna back in the seventies. 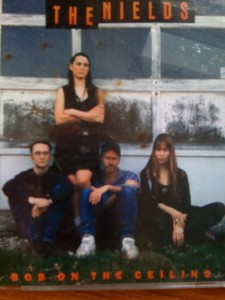 They wheedled with yet another Dave–Hower–to play the drums on it. And in a blinding fury of light and thunder, the Nields Became! 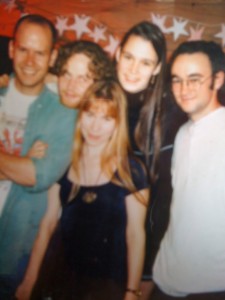 Well, it sort of happened that way.

It’s Tuesday afternoon, which means I am writing with my Tuesday group, a delightful group of woman (and man) who travel as far as the Eastern part of the state…

I am putting together a curriculum for an on line class called Journaling for Peace. After the Great Computer Crash of October Oh Four, I had to do some archeology…