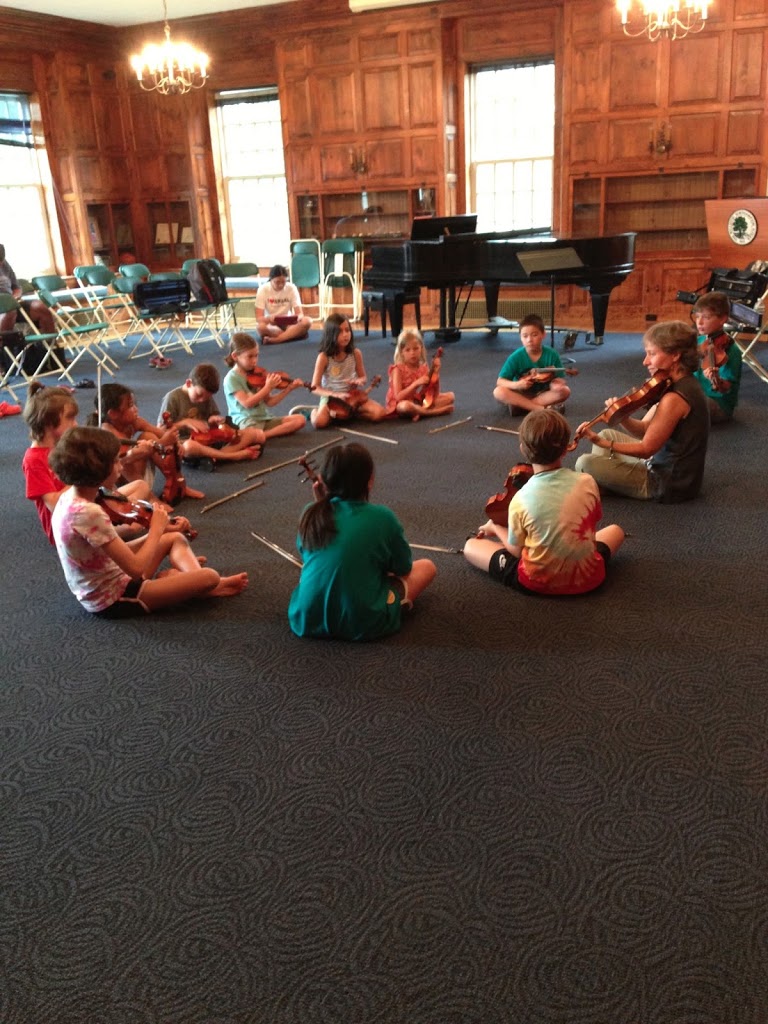 There is something queerly liberating about starting over. 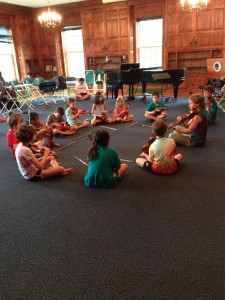 Last week, I followed Elle around her Suzuki Institute, taking notes, practicing iPhone resistance, commiserating with other parents, and mostly being in awe. In awe of the kids, of the teachers, of the parents, of the beautiful commitment that turns ADD youngsters into prodigies. (Actually, they are not at all prodigies; they are simply kids who are fluent in two languages, or becoming so, anyway.)

But what I really thought about a lot was the benefit of structure. Artists, I have found, need more structure than most. Of course we do: we are grappling with the protean forms that come from the bottomless depths of our rivers. My work as a life coach is often about teaching artists how to structure their lives so that they can both create their work and pay their bills without too much angst.

Still, if one is to be an artist, one has to have some exterior structure going on, or one’s dreams never get written down, or painted, or danced. The stuff needs to get out of our heads somehow. And once out, it needs a container. And it’s in the journey from head to world where art meets craft, and craft needs practice.

I learned practice not from taking piano lessons. I never practiced the piano. Well, maybe the day before the lesson I might go over what the teacher told me to do the week before, but other than that, nada. I learned how to practice from playing tennis. You show up, you get run around the court, you play other kids, you do this a lot and you get better. I got very good at tennis, but when I was 14 I gave it up for the guitar.

I didn’t practice my guitar so much either, at least not in that Deep Practice way Suzuki kids do, but I did play all the frigging time. I got a job as the music teacher for the local day camp and learned about a hundred songs and played from 8:30am till 3, and then went home and spent my evenings figuring out Suzanne Vega and Neil Young songs. And then eventually I was in the band and we played more nights than not. I put in my 10,000 hours that way. (Suzuki is famous for saying “ability is knowledge plus 10,000 times.”)

As I wrote before, I am in the middle of a Happiness Project (thank you, Gretchen Rubin), and this month’s focus is Music. What I meant by this, back in April when I set my goals for each month for the next year, was that I would focus on some specific music projects in preparation for Falcon Ridge; namely writing two new songbooks to go with our most recent CDs (Rock All Day/Rock All Night, 2008 and The Full Catastrophe, 2012). But after my week at Suzuki Camp I got a new idea.

What if I put as much time and effort into my own music practice as I do with my kids’?

At this camp, there is an elective called “Fiddling.” A fabulous teacher named Sarah Michel taught the kids Irish, Old Time and Bluegrass tunes. On day 2, I asked if I could bring my own violin and try to play along. I played violin for two years, ages 8-9, and probably only ever played the A string and E string, but I do retain that muscle memory. So I played a bunch of fiddle songs and noticed how much fun I was having. Playing music with others is a lot like playing tennis or hockey: you have to be in the moment, focused on your body and hand/eye co-ordination. It’s a game. A really fun game. Good to remember.

The piece that most appealed to me about Gretchen’s Happiness Project was the Ben Franklin Virtues Chart aspect. I loves me a chart. So I have made myself monthly charts where I get to check off boxes at the end of each day. I also give myself a mood score to see if there is a correlation between number of boxes checked off and how I am feeling. (There is.) Why not do a Music Project too?

In their Suzuki lessons, my kids have a weekly practice sheet, which is a grid. They get to put stickers in the boxes when they fulfill their little tasks. On the grid: Listening, Scale, Tone, Rhythm, Technique, Review, Working Piece, Polishing Piece, Something Special. Review is the heart of the practice: here is where the new technique really gets practiced. Obviously you can’t get better at your craft when you are trying to bend your brain around a brand new piece. You improve your craft—say you are trying to learn vibrato–– on some Twinkle variation.

Last night my family sat down to dinner and I felt my heart beating hard. I swallowed and then screwed up my courage.
“Guys, I have something to tell you.” They all looked up at me over their corn cobs. I cleared my throat.
“What is Mommy’s job?”
“Musician,” they grunted.
“Yup. And how do musicians get to be better musicians?”
“Practice.”
“Right! And how often do you ever see Mommy practice?”
They looked at each other.
“Never. Right?”
They nodded.
“So I am going to practice from now on, just like you do. And when I practice, I want you guys to let me practice.”
They rolled their eyes. But they didn’t say no.
So here is my music practice:
Every day:
-I play one scale.
-I do a five minute free write on a prompt.
-I play through one Nields song (I am going chronologically. Yesterday it was “Be Nice to Me.” Today, “James.”)
-I play through one Beatles song, strumming the chords and singing. The next day, I play the bass part. After that, I try to learn any extra parts that are within my musical reach (like the violin part on ” Am the Walrus”––but not, perhaps, the violins on “Eleanor Rigby.”)

That’s it. I get ½ hour a day. I am putting it first, before exercise, before tidying, before showering. That’s how I know I mean business. I will keep you posted on my progress.

The Day the Music Thrived

Nerissa, Emma and Sophie on Bill Newman’s radio show WHMP to promote The Day the Music Thrived This concert is happening. THE DAY THE MUSIC THRIVED TO SHOWCASE ART, MUSIC,…