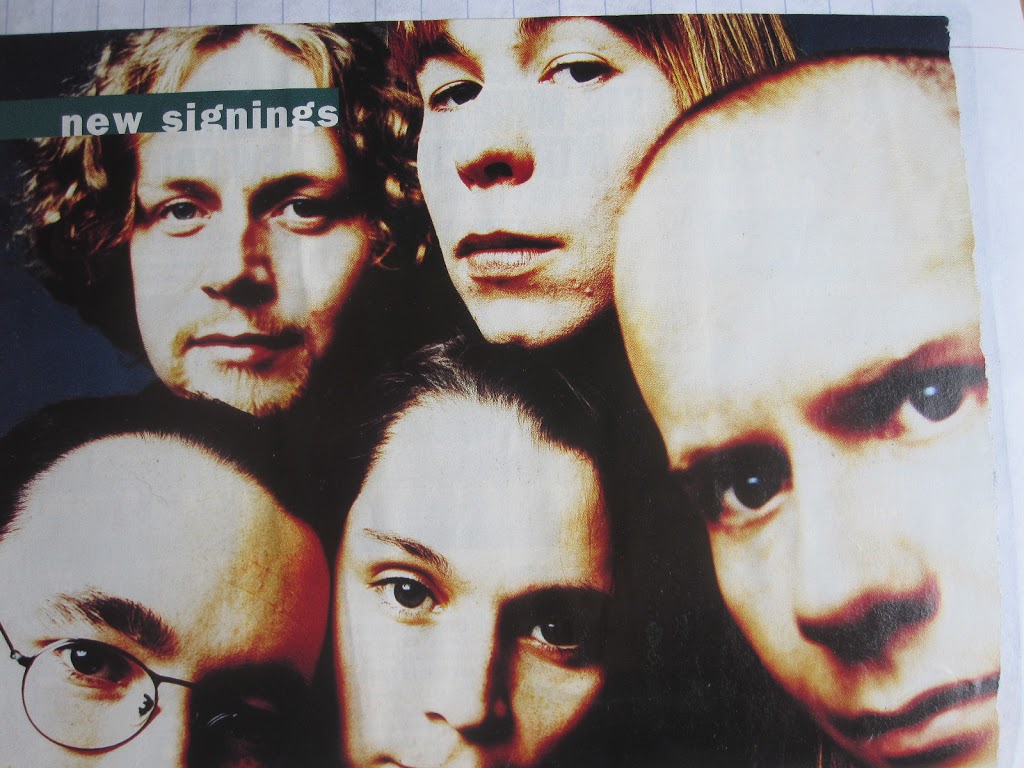 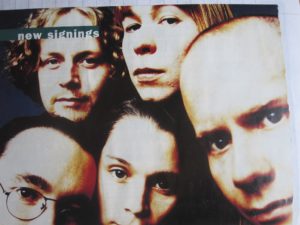 How weird is this: when Tom said he wanted to take me away for a romantic night (made possible by Katryna’s birthday gift to him of taking our kids for the night), and further that he wanted to surprise me with the location, he chose Williamstown, MA. This wouldn’t be weird if Tom knew how much I love that place; that it’s most likely in my top five favorite places on the planet, and my first choice for a getaway in my own home state. That it’s significant to me because my grandfather grew up there (his ancestors lived there for generations and are all buried in the Williams College cemetery); AND that it’s the place where my band got its start almost exactly twenty years ago.

But Tom didn’t know all this, really. He just thought Williamstown was a cool place, and he sort of wanted to hike Mt. Greylock. Add to the weirdness that it’s Memorial Day, and that I’ve spent the last few months poring over my band’s history in preparation for our big 20th Anniversary celebratory weekend Jam for the Fans (June 10-12) and thus have had Williamstown on the brain, and you get one of those situations writers love. I couldn’t have written this into a novel. No one would have believed it.

We dropped the kids off at Katryna’s mid day Sunday, and while they ate lunch and got acclimatized, Katryna brought out her scrapbook which she’d made during our first couple of intense years on the road–1996-1997, during which time we were home a total of 36 days in two years. No wonder we still have a bit of PTSD; those were heady days. 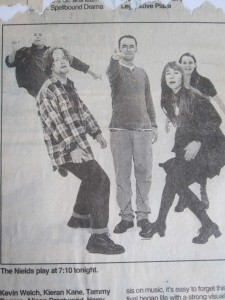 We were lauded across the board, by friends, fans, enemies, frenemies, industry and media as being the Next Big Thing: we had press everywhere we went; our CD was charting on Triple A radio (Adult Alternative Acoustic–or something like that); we had fans following us all over the country. 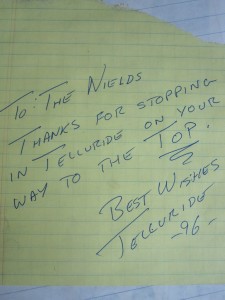 Meanwhile, we were living in our 15 passenger Doge Ram van and sleeping in Motel 6s where the towels were the size of placemats, and trying to stay somewhat healthy by eating salads with pretzels at Subways. If we were feeling flush, maybe we’d spring for TJIFridays. But then if the record company wanted us to do something, say a showcase for radio, we stayed at the very best Hyatt in town, with 20th floor views of the city and dinners at five star restaurants. Some gigs we sold out 800 seat theatres, and the next night we might be playing to forty people at a scungy rock club with female genitalia scrawled all over the dressing room walls. We were constantly in planning mode, like generals mulling over various battle plans. Our record company was like one general; our manager like another; Patty our friend, ally, booking agent-turned-road-manager-turned-manager had her own ideas, and so did we. So there were too many generals in the kitchen, to mix metaphors. 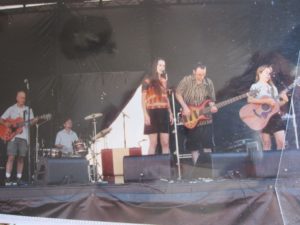 But the metaphor was pretty consistent, actually. “We totally killed!” we’d gloat after a great show, or after we outsold the other acts CD for CD at a Canadian festival. “You’re going to make a killing,” one indie record company president said to us and to his colleague, another president as he signed the papers, signing us over to that major label. That major label folded a year and a half later, taking with it–or so we thought–our entire back catalogue. A victim of the implosion of the music industry in the late 90s.

Tom let me talk as we drove to Williamstown, through Shelburne Falls and Savoy, up over Florida Mountain, past the hairpin turn. Katryna and I used to drive this road during those crazy touring years because our octagenarian aunt Sally still lived in Williamstown, and whenever we had a week off, we’d visit her. I tried to tell Tom the whole story, month by month. After a full day, I’d only brought him up to 1997. He is a patient sort; after all, he is a therapist and paid to listen to people’s stories. It was fun to remember, and it was fun to listen to the mix of songs I’d put on my iPod–what is most likely going to be our set for the Iron Horse show on Saturday night.(I cannot divulge any song, because Katryna swore me to secrecy.)

Tom and I checked into our hotel, walked into town and all around campus. I showed him the little deli where we said we would pay for free when we first came to town and were pounding the pavements. 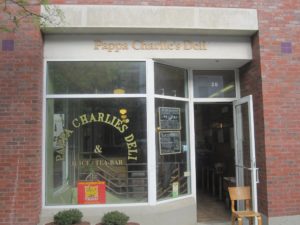 (That’s the one where only Anthony Edwards and Mike Morrissey watched us. 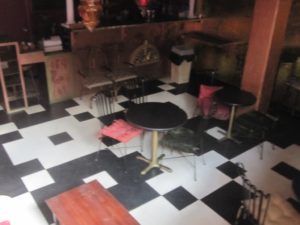 Some other friends came, but they sat upstairs in the deli. When we asked why, they said, “Oh, we could hear you fine from here.”)

I showed him 66 Hoxsey Street. 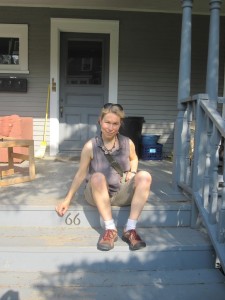 I showed him my grandfather’s house 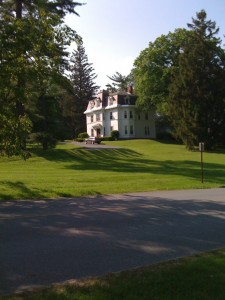 and also his grave, which is across the street from his house. 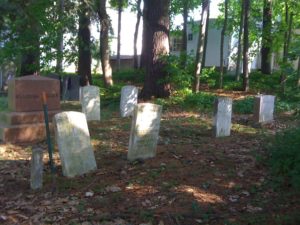 We remembered it was Memorial Day.

Monday morning we had read and wrote in our journals as we had tea at the Tunnel Coffee bar and watched the parade, which lasted about a minute and a half. 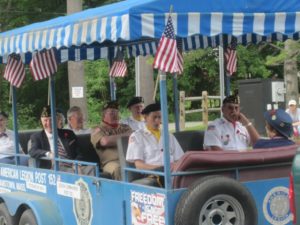 Later, after we’d picked up the kids (who didn’t want to come with us–they’d had such a good time with their cousins–) I cleaned up, preparing dinner. I heard story after story on NPR about families who had lost a son or a husband in a war, and my musings paled in comparison, seemed narcissistic and pathetic. What must that be like, to send your child off, your partner off, to wonder every day, is he OK? Will she make it home? What is it that propels someone to serve one’s country like that? Politics aside, it’s a brave choice, for everyone involved. What propels any of us to do something that might allow us to stick out, to get struck down? I took a breath and said a “thank you” for another day, a great Memorial Day, a great reminder of why we do what we do, every day. 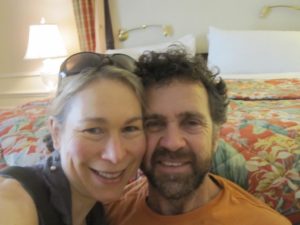 My friend Beth DeSombre posted on my Facebook page this week. She said she dreamed that Katryna and I had released a new album called Goodbye, Mexico, and that it…