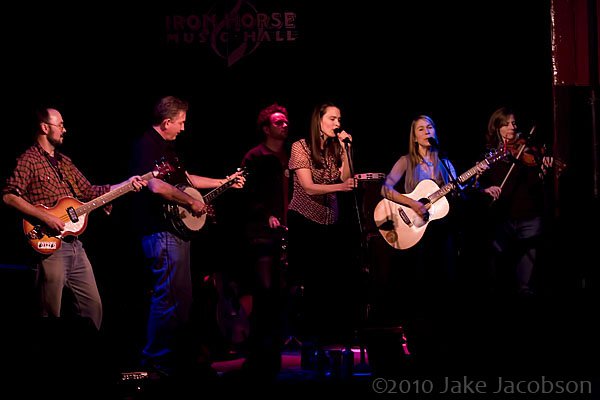 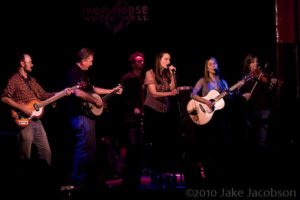 “Autumn”
Again the wind
flakes gold-leaf from the trees
and the painting darkens––
as if a thousand penitents
kissed an icon
till it thinned
back to bare wood,
without diminishment.
-Jane Hirshfield

On Saturday, Tom took Elle’s training wheels off her little black and red bike, and, wobbly at first, she took off the way countless kids have done since the bicycle was invented. Her father and I wept, cheered, ran after her with our video camera and gazed at each other, our mouths dangling open, shook our heads in wonderment. Elle shrieked short little cries of glee laced with just a bit of fear, and gained skill and dexterity right before our eyes. The wobbles straightened out, and by Sunday morning, she was skidding and skidaddling all over the parking lot at her pre-school at the Bikes and Bagels Brunch, stopping to let the “little kids” scoot by in their tricycles. She’d mastered the art of balance. I kept thinking of all the similes about how picking something back up “came back to me like riding a bicycle.” Now she has ridden a bicycle. She will forevermore know what that feels like.

It’s been a full and busy time. The other big event for Saturday was our annual Iron Horse show. We used to play the Iron Horse three times a year, and each time we played, we would do a Friday evening show, and two shows Saturday. We’d sell all three shows out, with lines around the block starting at 4pm. Now we have our faithful two or three who show up at load in, and we are lucky to sell out one 7pm Saturday show. Last year we didn’t sell out, and for the first time there were empty seats in the rafters. It was still one of my favorite shows––Iron Horse shows are always special, no matter what––but the week after we played, I felt a sadness that was akin to grief. I had a loss to mourn.

In the immortal words of me at 1am to my husband, “things cost things.” I think what I meant and would have said if I had had the wakefulness to be poetic was this: The world is round, and the sun can only shine on one side of it at a time. The life we had when we sold out those Iron Horse shows was the life of twenty-somethings who didn’t have mortgages or families or HooteNanny classes. Instead, we lived in Moby, our white 15 passenger van with attached trailer (Kitty Box, a window-less box on wheels full of our rotator cuff and S-I joint-destroying equipment) and played 250 shows a year all over North America. Our expenses had more to do with our personal and emotional lives than with our checkbooks (which were sparse too, 6-figure publishing and record deals notwithstanding). I loved the life of itinerant songwriter. I had the luxury of being a non-driver in the band, and so my days were full of writing and reading in the first bench seat. I matriculated at a kind of graduate school in that tiny space, reading everything I’d missed in college and honing my prose skills in composition book after composition book, amassing shelves and shelves of journals.

But man, was I lonely for a deeper, more grounded spiritual and personal experience. I wanted a home. I wanted a family. That life was great–it was all about me. I got to write, I got to perform, I got kudos galore and applause every night for my efforts. But a life that’s so fully about self is out of balance; at least it was for me. I could never have articulated that at the time, but something in me yearned to give my time and energy to someone other than me, to focus on the experience of someone else. I don’t mean to diminish the life of an artist, which (for me anyway) is all about looking deeply inward and drawing forth what is most true to share with others in the hopes that it will be a light to, or on, their lives. In this way, it’s not intrinsically a deficit for an artist to be selfish, and I did feel justified in my narcissism. I rationalized that I was doing service by plumbing my own depths. I don’t get away with that rationalization these days, at least not with my family.

We turned in the final draft of our book, All Together Singing in the Kitchen: Creative Ways to Make and Listen to Music as a Family, Monday at 3pm. We’ve been working on this book for over a year. And while it’s been a bit intense at times, it has not been all-consuming as past projects have been. When I was on book deadline for my novel Plastic Angel, I ate, drank, slept and socialized Book 24/7 for three weeks at a time. This new book, co-written with Katryna, has been like a second or third child; it has waited patiently while other mouths were fed. It sat neglected for months while I wrote songs for our new album Ten Year Tin and for February Album Writing Month. And it lay idle as I battled wrist tendonitis and carpal tunnel syndrome and Katryna made up curricula for HooteNanny and we left our families to go to gigs. And it waited somewhere on our desktop while we transitioned our sons to pre-school and kindergarten, wrote newsletters for the band, painted pictures for Falcon Ridge, ran our retreats and writing groups, taught our students, coached our clients; and most importantly, had date nights with our husbands, or simply sat with them at the kitchen table at the end of a long day, when the kids were finally asleep, or early in the morning before they had woken up with more energy in their thirty pound bodies than I can get into mine after four double espressos. Speaking of energy, if we could have, we would have spent five times more on this book. It is not the book I would have written in my days as pseudo grad student in the back of the van. And yet, it is what it is because it, like its theme, was so immersed in our family life. It grew out of the very life that neglected it. And I can only believe it is a better book not in spite of the neglect, but because of it. That 20 something in the van would not have had any of the life experience or insights this overwhelmed and often incoherent 40 something does.

“The whole world is an ocean filled with waves, learn to float on them and don’t get caught in them. Equanimity or balance is yoga. Learn to balance yourself and you will enjoy everything” Sri Gurudev

In my yoga training, I am working with the concept of “spanda”: the pulsation of the universe, which is yet another way of approaching “balance.” I like to think of this expanding and contracting as the universe breathing in and out, just like each of us, like everything that’s alive on the earth. I tend to forget about this basic reality. I want everything to expand, all the time. For instance, I want the stock market to go up so the money I am saving for my Dream Kitchen will increase. I am greedy. Once I allow myself to think about spending money on all the ways I want to change that most important room of our house, I can’t stop. Changes lead to changes: if we knock out the back bathroom to make room for all the windows I want, we’ll have to make a new bathroom somewhere else. And when we do, I want a gorgeous Mexican tiled sink in it! And I want one of those stainless steel industrial stoves with six gas burners and two ovens! And if get that, I will have to have a refrigerator and dishwasher to match!

And I want our career to grow and grow and grow and never diminish. And sometimes it feels like it always will. This weekend, we did sell out the Iron Horse show. We were joined onstage by our long-time bandmate Dave Chalfant, Katryna’s husband. He played bass with us on the road, guitar on our last five albums and has produced all but one of our CDs. He makes our music three dimensional. Tracy Grammer and Jim Henry joined us on three numbers, adding fiddle, vocals and guitar to our more country-esque tunes. And as we were loading in, our former drummer Dave Hower walked up to us on the street and we convinced him to sit in on the last few songs of the night. As always, it was my favorite show of all time. But, as I said before, it would have been even if the show hadn’t sold out. Darkness has its own gifts. Sparseness too.

And of course, I already have a wonderful kitchen. Like the icon in Jane Hirshfield’s poem, it’s been worn down by life, most notably by the crayon scrawls all over the walls and the tea stains on the Formica. My babies are no longer babies. They are infinitely more complex than when they weighed seven pounds and needed only breast milk and even their poop smelled sweet. Now they have tantrums and ask for four different breakfasts each morning (never finishing one) and tell me they have to use the potty at the exact moment I’ve finally succeeding in strapping them in the detestable car seats on a cold morning when we’re late to school and work.

And I get to lie with them in bed and wonder with them about God and falling leaves and blue helicopters and shyness. I get to witness Jay, just two, say, “Tank you, God for Gwammy and Gwandan.” I get to listen to Elle play four different variations of “Twinkle Twinkle” on her tiny violin. I get to learn from them about balance and spanda. I get the high honor and privilege to love and serve them.

I Saw Peter on the Street Today

I saw Peter on the street todayOlder, with a young womanJust like alwaysHis hair still long but thin and grey, Fly-awayLoose curls like cloudsCheekbones and shoulders all anglesSmall Lennon glasses,…

What’s it all about, Alfred Hitchcock?Why did you ruin my love for you?But was it actually you that I loved? Or what you disseminatedOn the virgin celluloid? (Woody Allen, #youtoo.)…