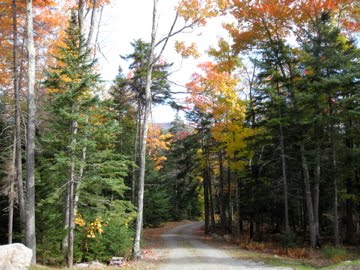 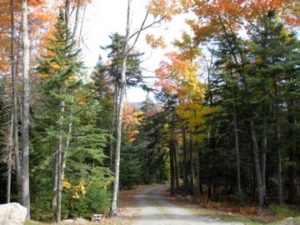 The Nields-Duffy house is a veritable house of virus currently. Elle’s teacher is in the hospital across the street with H1N1 (maybe-she’s being treated for it but they can’t diagnose yet), and three of four of us have succumbed to a stomach virus (Jay has thus far been protected by breast milk antibodies). Our two main babysitters both bowed out at certain (critical) moments last week.

On Halloween, I dragged myself out of the house and trotted down the road into town to a yoga class. It was warm and drizzly, and the room was packed. Someone passed a blond wig around the room, and our teacher Amy finally put it on the statue of Hanuman, the Monkey God who can take a joke. Halloween, she said, is the pagan new year, also known as Samhein, pronounced “Sowen” (sow like cow, emphasis on first syllable.) It’s the time of year when we turn to the darkness, we turn within. The root of “intention” is connected to “turn.” (Yes, we did some twists in class). The world gets darker and darker for the next six weeks, and this darkness is the best, most auspicious time to plant these seeds of intention.

It’s also the season of Scorpio, the sign of death, depth, determination and occasionally despair. Scorpio is known as the scorpion, but the lesser known avatar is the golden eagle, who rises up like a phoenix and sees farther and better than any other creature. So this is the season of seeing deeply, as well.

So it was fitting that the day after Halloween we also lost an hour of daylight in the afternoon, which always prompts me to turn inward in the evening, cozy up a bit earlier to the kitchen table and put on an extra sweatshirt. Tom and Elle planted last fall’s garlic buds on Sunday, and we went up to our church for the first time in weeks. I sang a new song, “Back at the Fruit Tree,” my ode to Samheim, and Steve preached about the slow recession of fear in his own experience which gave me great hopes for my future years.

I love this season of Scorpio, as brutal as it can be. I used to be afraid of it, but a dear friend many many years ago told me that if I were willing to sit with my worst fears, really stay with them, they would lose their bite and become like sad and lovable dogs. That friend died in a car crash on Halloween eight years ago.

This season––the six weeks between Halloween and Christmas–– holds such opposites in union, and like magnets whose poles are aligned against each other, the opposites slide off each other in jarring ways. On Sunday afternoon, a perfect New England fall day, as I started my run through the park, marveling at the mottled light through the few still clinging leaves, I saw that someone had spray painted racist slurs and “white power” on the road and the signs and the benches. My mind swung like a pendulum: Horrible! Those kids should be locked away! But they’re just confused kids. But so were the kids at Columbine! Beware! Stop them! Lock them up! But silencing them like that will only make them martyrs for other confused kids. And so on.

Halloween contains this truly horrifying aspect, as well as the more traditional graveyard kinds of fears; and it contains the parade shuffling down Main Street in Northampton; a collection of giraffes, princesses, pirates, witches, Star Wars and Wizard of Oz characters and portable-sized ladybugs. It contains the trilling of little voices finding their power in “trick or treat!”

And the season has its share of dark days where it’s still too soon for the reprieve of the white snow cover to relieve our eyes; where many of us legitimately feel the spiral down into the darkness and fear that we’ll never bounce back up. I don’t feel this way today. In years past, I’ve thought I had SAD. This year, I am embracing the darkness. (Also turning on the lights in the house and playing a lot of music.)

Last week I posted about my disappointment in seeing various aspects of aging in my 42-year-old face. As I grieved my twenties and my twenty-eight-year-old skin which is as dead as the Berlin Wall, I told Tom, “This is going to be good. I need to do this now so I can move past it and embrace aging. But right now I need to be sad.” And so I was for a few days. Good and sad. Viruses are helpful with this, in that being sick forced me to be still and contemplate. As the life returned to me, I tried on a bunch of old clothes from the 90s and I and my inner 28-year-old both agreed that they were passe anyway. I put on a sweater from J. Jill and my clunky practical shoes and made some phone calls to older friends who can laugh and sigh and nod and remember what it was like to be 42, right at the midpoint where some still call you young and some, according to my husband who is 47, have no qualms about calling out, “Hey, old man!” as we pass on down the street. And what I learned is that if you love what is, life just gets better and better and richer and sweeter. My grandmother’s cheeks were the softest skin I ever felt. Her hands with what she called “liver spots” were so gentle. In my yoga class on Halloween, as I sat in meditation, I vowed to love my body incrementally more with each day that passes. And does my body deserve it! It’s survived two pregnancies and childbirths, breastfeeding, not to mention the ridiculous shoes I made it wear in the 90s when every night we loaded in and out of rock clubs around the country, a feat akin to moving a small apartment twice a day.

And my intention goes beyond my own body. Liberation for all who struggle with the jowels and the wattles and the gray hairs! The most radically feminist thing I can do is choose to love my body exactly as it is, exactly as it changes day to day. I think Anne Lamott has a piece in which she discusses her jiggly thighs and refers to them as “the aunties.” I love that. In this season of the witch, let’s claim Halloween as our own celebration of the crone. My former mother-in-law told us, after she turned sixty, that she suddenly became invisible to the culture. Older women, she said, are either vilified, ridiculed or ignored. But real witches, real crones have wisdom, kindness, power and magic. They are full of the mystery of life, which they generously share if asked nicely. If I ever forget that, I have only to think of my friend who died on Halloween, one of the wisest, most generous, magical women I’ve ever known.

When I was a young teen, the idea that a woman could rock out was hard for me to get my mind around. There was Heart. There was Pat Benatar. There had once been Janis Joplin, but she was long gone. But by the time I was in my twenties, the popular music scene was dominated by women. Same with Country. Same with Jazz. Though the pendulum seems to have swung a bit the other way in the last decade, I have no doubt it will swing again. I have no doubt that we’ll see a woman president in my life time. And I choose to believe that older women will be a powerful, wonderful, inspiring force in the world in the next twenty years. I have to. I see the generation of girls coming along, and there is no force on the planet that can hold these young ladies back.

And if I’m wrong about the power shift, the paradigm shift, that’s ok too. The shift has occurred in me. I will still love my aging face, the aging faces of my friends, the graying, the sagging. It’s such a waste of time and love not to.

So happy Samhein; happy new year. What is the darkness in you that you think can’t afford to be met with light? Is it safe in there? Can you go to it and nurture it, like a mother to an inborn babe? Can you plunge down into the darkness, and like the eagle, rise up, see far, and tell the rest of us what you see? Can you go by yourself, knowing that in just a few weeks it will be Thanksgiving, and you can choose to invite in those you most adore to hunker down with and eat the fruits of the harvest, of all your hard work?

That’s what I’m planning on.

This is from our January 12 session with Zak Trojano. We are showing him how “Full Catastrophe” goes.

Right now, the gender of our baby is written on a little slip of paper in an envelop in a wooden box on a shelf in our bedroom. Even though…