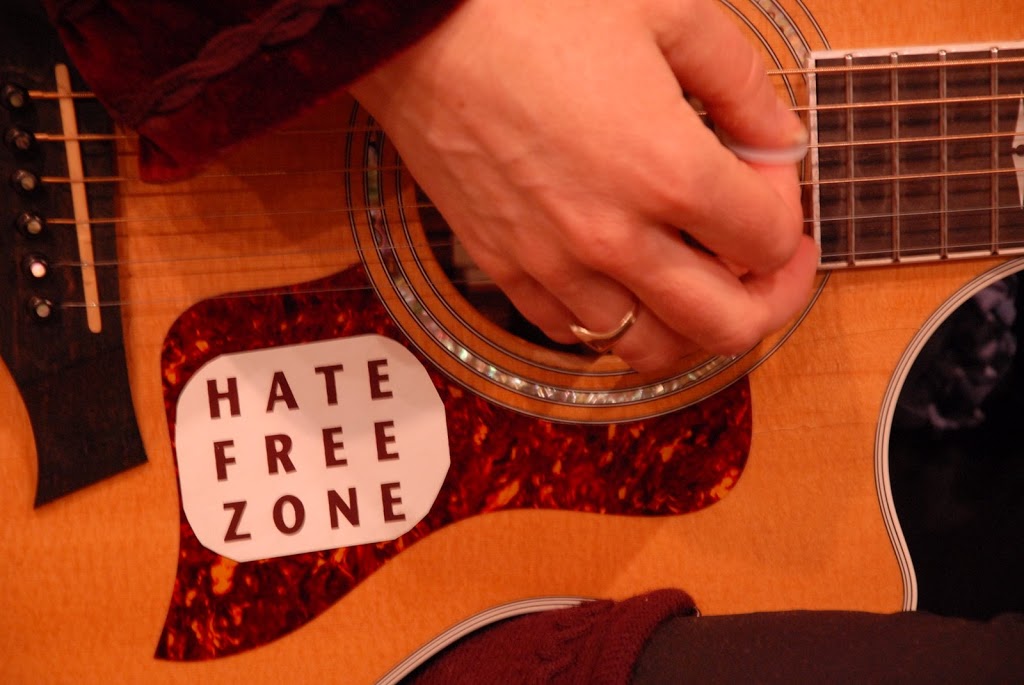 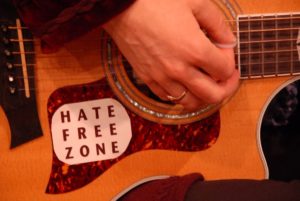 Even though we had to sprint from the SouthWest Airline counter through security with two unhappy children and two very heavy car seats, it was totally worth it to bring my kids with me to Virginia for the Jammin Java show, but that was 90% because my sister was there every step of the way. When I think of the kind of mother I strive to be, I think of Katryna. Every time I felt at a loss this weekend in terms of parenting, she was right there with a song for Johnny, a card game or box of magic markers for Lila and a helping hand for me.

Yesterday afternoon, while we were cleaning up after lunch, my father was humming a tune.

“Eyes of Blue,” he said. “It’s got the best chords in it. Listen.” And there in the kitchen, my father played me the song, pausing to savor each chord change.

My father taught me how to play the guitar when I was eleven. He said until I turned eleven, my hands would be too small. This was before the popularity of Suzuki guitar and the marketing of tiny guitars in the front window of music stores. (Also, this was when there were music stores in every town, as opposed to now when many have been driven out of business by big box music stores, but that’s a topic for another post.)

I think there was a benefit to my father’s reluctance to teach me the guitar when I was under ten. For one thing, it meant that I was truly physically able to handle the chords on a real guitar, with a big solid sound. I respected my instrument, and I worry that when kids are given a “starter” guitar that doesn’t stay in tune and that was made in a sweatshop (like the one I gave my niece Amelia for her second Christmas) kids lose respct quickly. The other reason it was good for me to wait is that it made me really really want to learn.

“When can I play guitar?” I would whine.

“When you’re eleven,” he repeated over and over.

And so I woke up the morning of my eleventh birthday and was handed my first guitar at breakfast. He taught me three chords––G, D and C–– and off I went to school with my new guitar. At recess, Michael Chachavadze and Andrew Bennett sat with me on the shag remnant in my fifth grade class and showed me how I could play part of “Hey Jude.” (There are five or six chords in “Hey Jude,” but only three in the verse, so I played the verse over and over.)

This morning, I was supposed to drive up to West Cummington to be the music person at church. Wonderful Penny had emailed me while I was in Virginia, asking if I could step in, as she had a family emergency. Though Tom and I had planned to skip church this morning so that we could have some family time (since the kids and I had been away most of the weekend), I immediately said I would do it. That’s what we do, right? We step in when asked. That’s always been my philosophy, anyway. But I am slowly learning that this philosophy doesn’t always work when you are part of a family. Tom was understanding and supportive, but also really disappointed not to have some time with me. And when I pulled out my guitar on the floor of the music room and tried to choose some songs for the service (“Hard Times Come Again No More” and “My Shepherd Will Supply My Need”), Lila said, “Mama, can I sit on your lap?” Which she did. I am fully capable of playing guitar with a child on my lap, but today, Johnny crawled right over and climbed up my crossed legs vying for his own spot. I put the guitar down and cuddled both kids, who both squawked and wanted to be the solo child. The whole enterprise just felt so wrong. And I am trying to listen to that small gentle voice these days, and that voice clearly said, “be home.” So I made a phone call to another wonderful musician who goes to our church. She was more than willing to step in,. Instead of church, we listened to a wonderful Charlie Bird CD for kids, boogied around, did some drawings and both kids got a long turn on Mama’s lap.

Ain’t Too Proud To Beg

“Whatever your worst demons are,” said my friend Phila, “They will present themselves while you are in labor.”Labor. Can’t they call it something else? It sounds so, well, laborious. I…