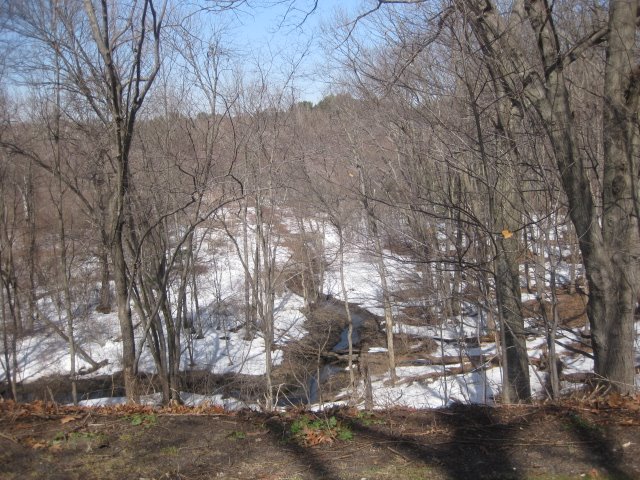 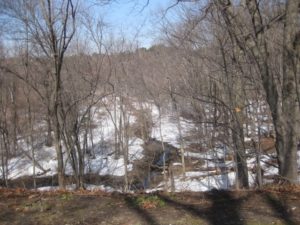 We went for a walk to Cup and Top, a fabulous cafe where kids can play while parents snack and chat with each other. On the way back, our kids in the double jogging stroller, we passed a guy with a giant dog. I get a little worried about dogs, mostly because some of our friends who have dogs get nervous when their dogs come into contact with our kids. “She sometimes nips,” they warn us. I feel like I’ve heard that a lot lately. As lifelong (former) dog owners, Tom and I are both very eager for our kids to experience dogs, and we fully intend on adding one to our family at some point, probably after our diaper days are behind us (cleaning up after three sentient beings would definitely throw me over the edge.) So when this giant malamute approached us, and his owner said to Lila, “Want to pat my dog?” I just assumed he knew his dog was kid-friendly, and we enthusiastically stopped our stroller for the kids to get a faceful.

“Is he still a puppy?” I said. The dog was white with red markings, one green eye, one blue.

“Don’t know,” said the owner. “Got him from the pound. Don’t know nothing about him except he sure don’t like sticks. I pick up a stick and he up and bares his teeth and goes postal. I’m workin’ on him with my cane. Sure don’t know who treated him so bad.”

“Heh, heh,” I said, noticing that this dog’s teeth, while not bared, were about four inches from my six-month-old’s face.

“Want to pat him again?” the owner said to Lila.

This is what I mean by baffling parenting moments. Do you go to any lengths to protect your children? Do you take a chance? I had trusted this stranger to know his dog, to know that sometimes dogs are weird around kids, but why did I trust him? What did he know? Did he have kids? No evidence of that. In fact, for all I knew he was a nut job. On the other hand, do I want to model fear for my kids? Do I want to infuse that energy in them at this moment?

I said a prayer and smiled at the dog. Lila reached out and patted his soft white fur. Then she reached across the double stroller and took Johnny’s hand. Maybe she wanted to reassure him that this was a world that could be trusted. 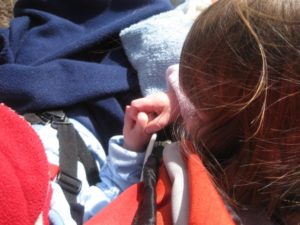 So today is my first day of vocal rest. I sang “Hush, Little Baby” to Amelia last night. She and I talked about how it would be a week before…

On January 31, our friend Anne-Marie Strohman emailed us from Mountain View CA to tell us that February was National Album Writing Month. Since nothing compels me to write songs…