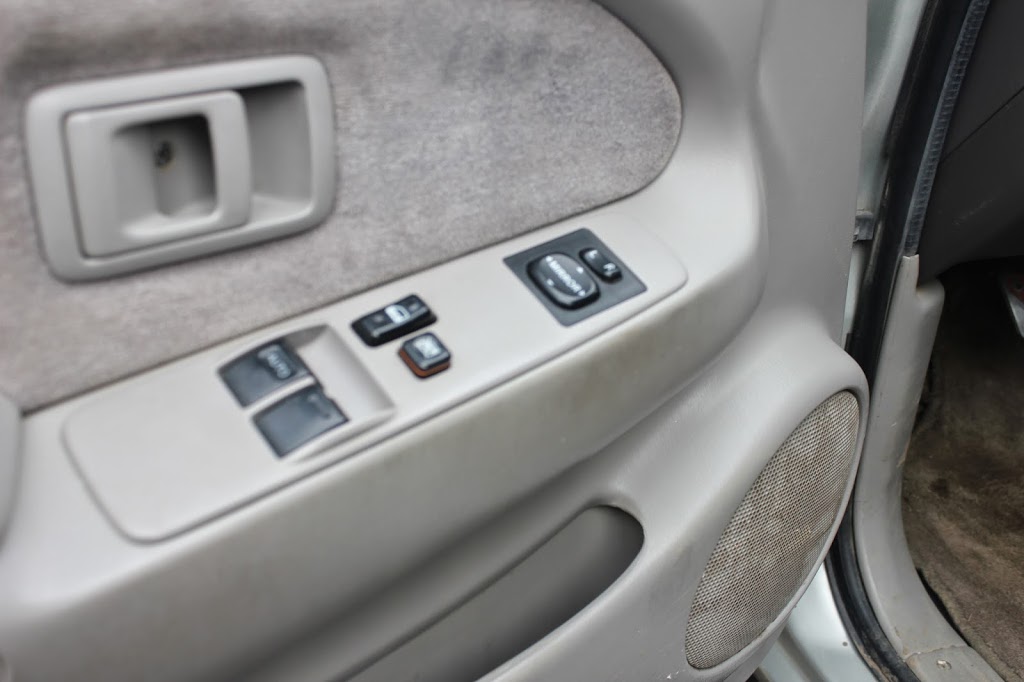 Last week, we bought an all-wheel drive minivan.
Before you stop reading, send me threatening emails or unfriend me, hear me out. There are stranger things, Horatio…

Before there was the mini van, of course, there was the oft celebrated Jetta,which could run on vegetable oil and in any case got 41 miles to the gallon. Tom and I bought it shortly (like 3 days) after seeing Al Gore’s An Inconvenient Truth. Only problem with the Jetta was that, by 2014, it could barely contain the four of us, let alone our stuff, so if we went anywhere at all, we’d need to put the Yakima on the roof. When I pick the kids up from school, only one of them could have a playdate, and if the playdate was Elle’s best friends who are twins, I had to make them walk home, which was fine if the weather was ok (though Jay inevitably protested). When my parents came to visit, we had to go everywhere in two cars.

And then there came a procession of not one but two gas guzzling silver trucks, a honking Tundra and a much svelter (but still guzzling) Tacoma. They were the purchases of my husband, and since I’ve vowed never to speak ill of him, I’ll just leave you with that information. I am a loving wife, and I want my husband to be happy. ‘Nuff said. Plus, that husband of mine bikes almost everywhere. It takes him over two months to use one tank of gas. Still. There were two trucks. And a Jetta. Did we really need to be a three car family? I mean, a two-truck, one-car family? No.

But there came a time when said husband came to his senses and said, “Lo, good Wife! But these silver trucks doth consume much more than their share of global commestables in the form of fossil fuels, and methinks we should unload at least one of them! For I have climbed high up yonder mountain, and I have seen the New Order, and Lo! It containeth no trucks!”

Or something like that. Anyway, the point is we were both feeling sick about the two stupid trucks taking up space in our driveway, not to mention making it impossible to get in or out of our driveway without scratching said vehicles on the arbor vitae, or occasionally leveling the arbor vitae. Meanwhile, Katryna and I have some gigs coming up on which family members wanted to join us. We’re going to visit the grands over April vacation, and while at it play at our old church (Immanuel Presbyterian–come on out on Wednesday April 23 and see our Pete Seeger Sing Along!) and do a school gig in New Jersey on the way home. Katryna’s ancient Sienna, which used to be our touring vehicle, has gone well over 200,000 and is in grave need of repairs, if not the grave itself. Not to mention, it’s snowed in at the moment. We can’t all fit in her Corolla, not 3 kids, a sound system and the guitar, the violins and the stuffed animals and pillows and blankets and all the garbage we’ll surely accumulate on the trip.

And so the idea curled up in my brain like a seed about to unfurl, and soon I was mentioning minivans to Tom at every opportunity. “Well, if we had a minivan…” I’d begin most sentences. And for the first time, he was not opposed. Well, actually, this was the first time. See, I’d had an aversion to minivans. I felt that to own a minivan was to just roll over and declare myself a middle-aged mom whose priority was her kids. NOT THAT THERE’S ANYTHING WRONG WITH THAT!!!!!!! But it didn’t fit with my own self-image of hip aging-rock-star/environmentalist.

Elle concurred. “No!!!!” she wailed, pointing at the sticker in the car dealership. “This gets 17 miles to the gallon! Let’s get a Prius!” 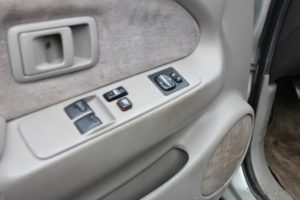 The trucks did not budge. So, just to see what would happen if we went to the dealer and asked what the trade in value would be, we spent a Sunday afternoon not buying a minivan. “See?” I told Tom as we walked away from their insulting offer ($6000 for the Tundra, $4000 for the Tacoma). “I don’t budge.”

We did test drive the van, though. And all my Puritanical, high-minded, Polarbear-loving leanings were sorely strained by the smooth ride, the leather seats, the amazing sound system, the automatic doors, the squeals of delight from the kids in the back seat (even Elle was won over). We could live in that van.

Still, it was just all too much. Literally. Too big. Too fancy. Too wasteful! I’d thought, initially, we’d buy and sell on craigslist and end up with more space in our driveway and a bit of cash. Instead, we were facing a much smaller number in our bank account and two huge losses on our trucks. And no vehicle to lug the trash to the dump. Or to loan to our friends who were moving, or to offer as a prize at the auctions our school and church hold annually. (Two days with Tom’s truck!)

So Tom and I had a sleepless night, a dark night of the soul, if you will. And when we woke up, we were in agreement.

“Let’s do it,” he said. “You need it for your gigs. And we can bring it to the Adirondacks. We need to be able to carpool, have playdates for the kids.”

“And I was thinking,” I said. “That you should keep the Tacoma. You love that truck.”

The truth about what happens when you go to a car dealership to see what the trade in value of your trucks is that you eventually buy a car and spend way more money than you want to. So we have a lot less money now, and no more room in our driveway. I spent a week in feverish buyer’s remorse, thinking of all the worthy causes we could have supported, all the time off we could have taken. And we have blood on our hands, not that we didn’t already; but now we can’t act superior to all those other minivan moms and dads who are, like us, just doing the best they can, trying to juggle it all. My friend said, “You feel sad because you didn’t win at the car game? No one wins at the car game! Only car dealerships, who are experts. We’re supposed to lose money on our cars!”

Still, I have to admit, as I read through what I have written here, I still shake my head at myself and scold. “What are your grandchildren going to say to you when you tell them, ‘Sorry that there are only cockroaches and starlings and squirrels left. Here are some pictures of all the other animals we annihilated by driving gas guzzlers and drying our laundry in machines. We could have been more eco-conscious, but it was crowded in our Jetta!'” And they will look at you, these grown up children, and say, ‘Wah, wah, wah. Tell it to the polarbears.”

But maybe beating myself up is better that than the alternative: blaming everyone else. Or each other. Truth is, I was so judgey of Tom and his trucks, in case you couldn’t tell. I felt no compassion when he said, “But it’s so much fun to drive!” Now, that’s how I feel about my van, who I think is named Bessie, for she is like a big, contemplative, ruminating bovine. I drive around in Bessie, and it’s just so much fun. OH! The humility.

This morning, Tom got in the Jetta to go somewhere (we’re still mostly driving the Jetta.) But because of the recent late March torrential rains, he spun and spun and spun the wheels. No movement. That baby is completely stuck in the mud. 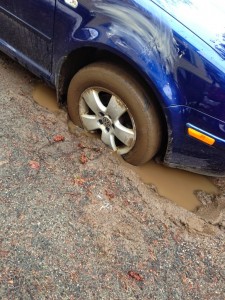 Thank goodness for our 4 wheel drive truck and van. I get to be one among many, on the ground, not looking down from above. We’re in this together.

I love my job. It is, after all, my dream job. I have wanted to be a singer since I was seven. I am one of the lucky ones who…

From How to Be an Adult: On Friendships Post-College

There’s a great Bob Dylan song called “Bob Dylan’s Dream.” It’s on his second LP, The Freewheelin’ Bob Dylan, and it’s about that early group of friends so many of…