Waiting for Spring, and Thoughts on Little House on the Prairie 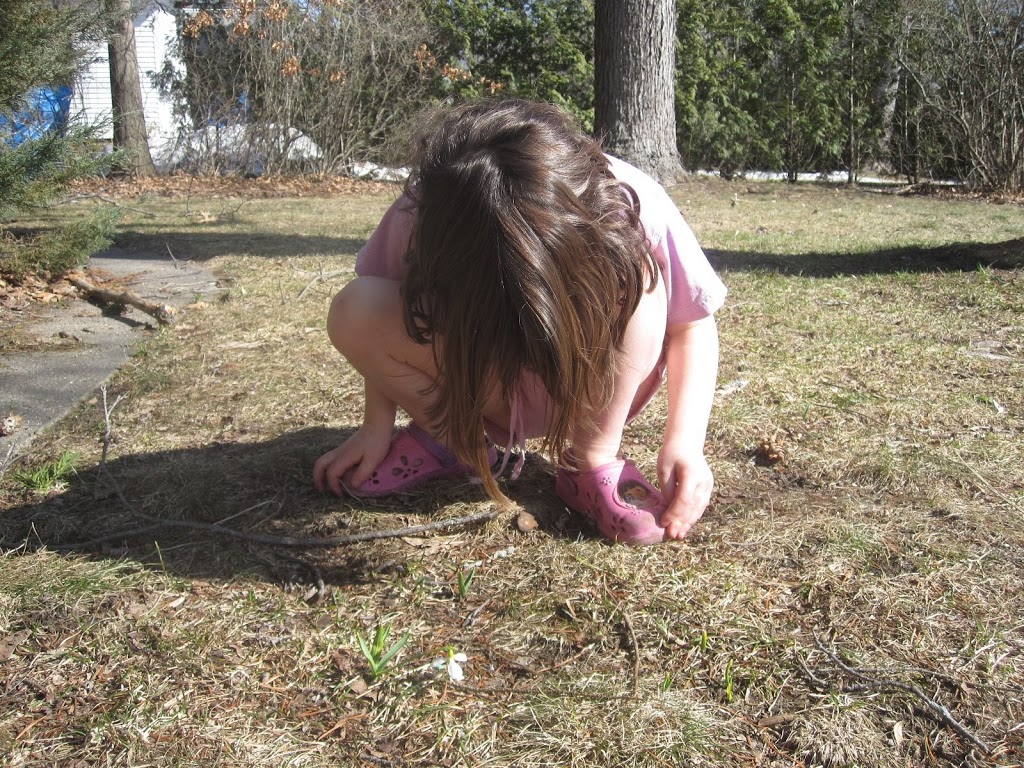 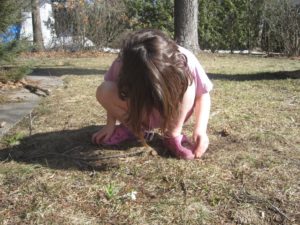 The other day I got a most alarming message from my gmail account. In a glaring red box at the top of my gmail page, I was informed that I had reached capacity and if I didn’t delete my excessive emails, they would be deleted for me. I felt panic, but also astonishment. I had used up all my space? How did that happen? I’d always envisioned my available space as outer space, my emails over the course of the past 5 years like tiny specks, the size the stars appear to be–dots on a black canvas–rather than what they really are–giant suns. I had loved gmail when I first signed up for it, right around the time Elle was born. In fact, I went into labor three and a half weeks early in the morning after I’d spent the evening before wrestling for three miserable hours trying to get my old AOL contacts to import into gmail. Coincidence? I think not.

Gmail was so fabulous–it searched and found everything I’d ever written to anyone and everything anyone had ever written to me. I was saved! No need for filing, no need to try to figure out what to keep and what to trash. I could just keep it all! Or so I thought. Discovering there were limits to my cache, I was mortified. Being called on my hoarding tendencies in this arena was just as embarrassing as being called on the hoarding of clothes, tchotchkes, pots and pans, mugs, guitars, books, ancient issues of Yoga Journal, and all those scraps of paper with lines of songs on them. Not only that, for the first time I really got that my storage of useless emails of Facebook announcements, the New York Times, freecycle posts and the like were being subsidized by coal drawn from mountains in Tennessee with their pinnacles snapped off, and nuclear energy from the kinds of plants that are causing radiation sickness in Japan right now. I am the problem, and by deleting my copious emails, I can do my part to be on the side of the solution. 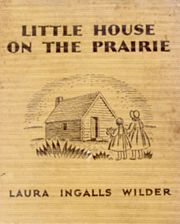 Elle has recently discovered the Little House books. We finished reading Little House on the Prairie last week, Tom and I fighting over who got to read aloud to the older child. These were among my favorite books when I was a child–I joyfully read and re-read and re-read them until I had memorized the songs Pa played on his fiddle, the exact items the girls got for each Christmas, the reverence with which Laura created her dowry, the color and texture of her wedding dress (black, silk). I noticed that the Ingalls girls sang “Bean Porridge Hot” while I had learned the same song as “Pease Porridge Hot.” The folk tradition lives. Elle noted that she might play “Old Dan Tucker” on her violin someday, just as Pa did.

But what struck me going back to these books as an adult was the existential discrepancy between the ways in which Americans in the 1870s viewed the land, the country, its potential, and the way we do now, in 2011. It must have seemed to those pioneers that land was all we had. Land and time; when Ma moans to Pa in the last chapter that they have lost a year of their lives in building their little house, toiling the earth, establishing a claim, only to be kicked out for slightly vague reasons by government soldiers, Pa shrugs and says, “We have all the time in the world, Caroline.”

For as far as Laura, the eight-year-old protagonist, could see there was nothing but the Kansas prairie grass and wild game. “We can eat like kings here,” Pa declares, arriving back to the Little House with two jack rabbits in one hand and a prairie chicken in the other. And he notes that it is no longer so back in the Big Woods of Wisconsin where the settlers have already depleted the resources.

But like my blissful ignorance about my gmail account, which I’d assumed would hold every single email I ever wrote for all eternity, we Americans–actually we citizens of the planet earth–have now clearly come to the edge of our space. Hearing from a friend at a gathering a few weeks ago about her view of the Atlantic while living in the Congo–all she could see as far as the eye were oil riggers drilling off the coast–drove home this point. The world has changed radically in 40 years since I’ve been alive. And of course the world I read about in the 1870s was almost unrecognizable to the one I inhabited in the 1970s, when the Congo was still wooded and plain.

Sunday was the first day of spring, and Tom uncovered his garlic plants while the kids played in the warming sun. Monday it snowed. I carried my mug of green tea (yes, back on caffeine as of today–the snow did me in) to the couch in the music room and gazed out the window at the falling snow. When I let go of the story–it should not snow! It’s spring!–I rather enjoyed the silent gentle falling, slowing covering the barn roof with white. I thought about the way I used to binge: spacing out while consuming a half a box of granola, completely dissociated from my body. In that state, I had been suspended in time, floating in space, just me and my mouth. I haven’t done that in years, and I hope never to eat that way again, but it occurred to me today that something might have been lost in abstaining from this behavior. Just as an ex-smoker misses that opportunity to step outside the building for some fresh air, a pause and a moment to reflect, I missed that spaced-out feeling I used to get when I did the outrageous (in my mind) activity of eating copiously between meals. And when I stopped drinking caffeinated beverages, I stopped taking the proverbial coffee break. I know, I know, I could have taken small meditative breaks without the coffee, taken herbal tea breaks. But without the physical need to ingest the chemical, tea frankly lost its appeal. Why drink something that might spill and stain? I wasn’t thirsty.

But today I was. I got it into my head that I wanted more than anything to build a small room at the top of my house, with glass all around, and to spend an entire year just sitting there and looking out the window. Just watching the trees change, the birds come and go, the sky turn blue, white, grey, black, purple, orange, pink. I wanted to watch spring come, crocus by crocus, bud by bud, leaf by leaf. I wanted more time and space. I wanted to just watch.

Laura and her sister Mary spend a lot of time just watching. Many chapters in Little House mention this. Laura and Mary sit at the window for three days watching the horizon to see when Pa is coming home from Independence with their ration of sugar, cornmeal and coffee (notice that these pioneers did not do without coffee, though they did without vegetables for an entire year. As far as I could tell, the only fruit they ate was wild blackberries.) Were they more or less bored than a typical child of the 2010s? What would they have made of our swarms of emails? Ma comments to the girls at one point that if they send a letter to their family back in Wisconsin in the fall, they might expect a letter the following spring. It would be less disrespectful to the planet to save one’s correspondence if letters came just once a season or less. My emails to my family are copious, though short and usually not precious, though occasionally full of priceless moments: “Jay announced that from now on we should call him Sosuke,” I recently wrote (Sosuke being the little boy in Ponyo). I would like to be able to look back and remember this.

I like to think that I am enlightened enough not to berate myself for my email disorganization, to sigh and accept that this is the way it is and let gmail delete all my past correspondence for me. If in a life we leave behind only traces of our past, the way ancestors of Laura Ingalls (of which there are none, actually–none of the four sisters had grandchildren) might have discovered that one letter of 1875, I needn’t fret about a dearth of evidence. Even without a single email, I have left plenty. Even if the house burned down (God forbid) and I lose the papers that contain my writing, it will be all right. Songs get lodged in the ears and hearts of listeners and get passed down generation after generation. I think I’d best spend my time writing songs, sitting in a glass-enclosed room, watching the seasons changing rather than deleting emails. Though then again, there was an awful lot of busywork a person had to do back in the 1870s–it probably took fifteen or sixteen trips to the well to haul up enough water for a bathtub, never mind the time it took to heat it up. So I will do the 21 century equivalent of chopping wood and carrying water. I will go through my in-box, say goodbye to what I might let go of. And then I will write a song.

Getting Your Body Back, Losing Your Mind

I was under the delusion that at some point this parenting gig would get easier. I thought that eventually, perhaps by the spring, I would regain my former life, or…

On the last day of my period, The doctor calls to tell me I am in menopause I put down the phone, feel the lump in the back of my…