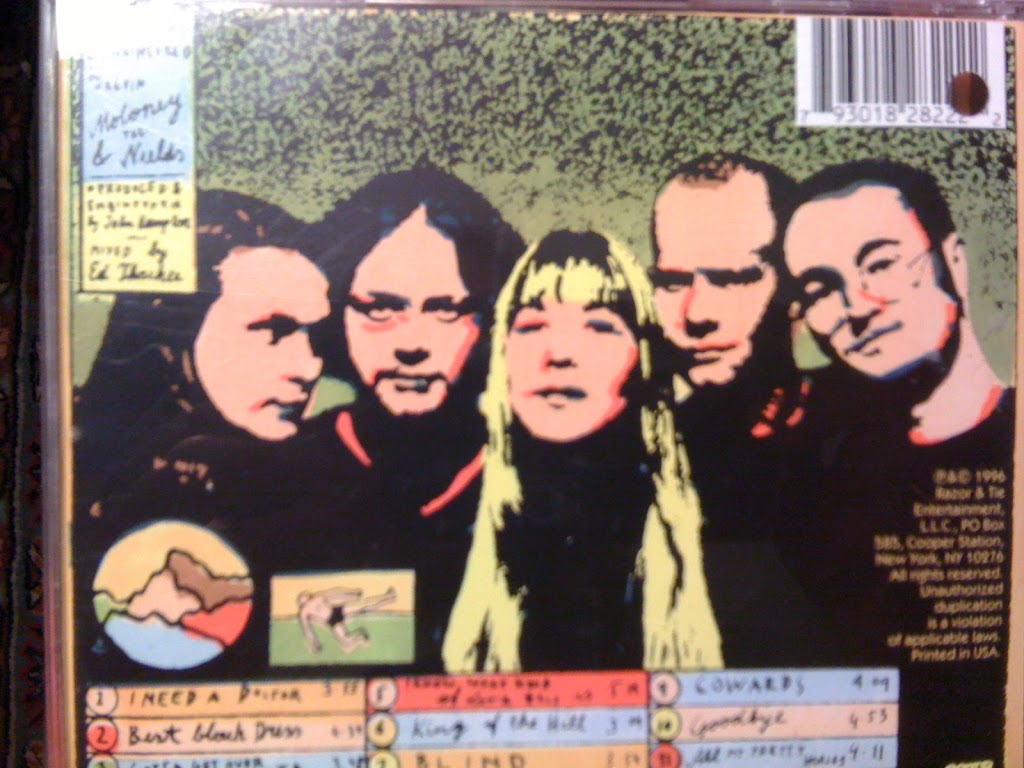 Gotta Get Over Greta

Greta was our first big major label release. This is taken from the songbook we published in 1997.

Greta began in the fall of 1994 when Dave Hower called me up a few minutes after I’d called him to tell him we had twelve gigs in October for which we’d be needing his services. He said, “I’d better join the band for good.” I ran, shrieking, to the building next door [the NEO theatre at Loomis Chaffee School] where David Nields and Dave Chalfant were working on some music for Peer Gynt. I told them the great news. At that point, after many years and three previous recordings, The Nields, the five of us, was complete.
The first song written after that fateful day was “Bulletproof” which David and I wrote in a little lookout tower on the Outer Banks of North Carolina over Thanksgiving holiday. A few weeks later came “I Know What Kind of Love This Is.” I wrote the melody on a piano and walked around the room singing it to myself until it turned into a story. Around Christmas time as I was wrapping presents, I heard David playing my acoustic in the next room and singing “Gimme my ball back, yeah.” We didn’t arrange that song for another nine months, but that’s when “King of the Hill” was born. “Fountain of Youth” and “Best Black Dress” were written in the Spring of ’95. I was thinking about power relationships and generational warfare and Steely Dan’s “Hey Nineteen.” We arranged these two at Loomis Chaffee’s NEO Theatre and I remember our excitement when David Nields and Dave Chalfant came up with their bass/guitar interlocking duo on “Fountain.” Around that time, David wrote “Cowards,” and the five of us went up to Dave Chalfant’s brand new studio, Sackamusic, in Amherst [now in Conway] to record a demo of these five songs [all the above except “King of the Hill”] to send to record companies. We did a show at the Bottom Line, along with Acoustic Junction, Hart Rouge and our dear friend Dar Williams. It was hosted by WFUV DJ Rita Houston and Dar said, “Why don’t we work up ‘Lovely Rita’ to sing in her honor?” Dar’s record company, Razor & Tie was at the show and said, “Hey Nields, we’d like to put out your record.” 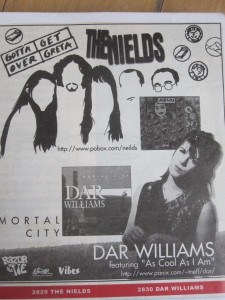 So we began preparing for that eventuality by seeking out different producers. A trip to Memphis was in order to do some work with John Hampton at Ardent Studio (he produced the Gin Blossoms there). Out of those sessions we kept takes of “Cowards” and “Alfred Hitchcock” for our EP Abigail. We also recorded “Fountain of Youth,” which later made it onto “Greta.” We had a great time with Hampton and ate a lot of peanuts and played with the velcro cats who prowled around the studio and would stay suspended on the carpet-covered walls just like those birthday party balloons do when you rub them just so.
In the fall of ’95 we relocated to Long View Farm Studio in North Brookfield MA to record with Kevin Moloney, a lovely, delightful Irishman fond of Guinness and the Beatles. We were psyched to work with him because we greatly admired his production of Sinead O’Connor’s first record The Lion and the Cobra. He slept in Keith Richard’s windowless room and ate a strict vegetarian diet, except for the last night when he had lamb with mint sauce. We breathed in the good New England autumn air, patted the horses and made our record, track by track. 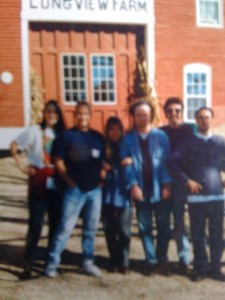 Gotta Get Over Greta was released by Razor & Tie on March 5 1996. With a red 1/2 cover and a blue icon-covered CD peeking through, 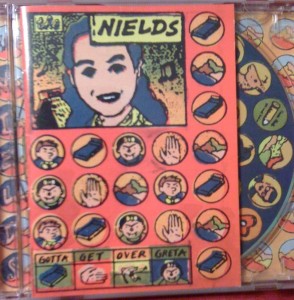 [designed by Stefan Sagmeister, who went on to become a Grammy award winning artist, designing covers for Lou Reed, the Rolling Stones, Talking Heads] she attracted a lot of attention from the press and we found ourselves driving like crazy from radio station to radio station to tell our story and sing some songs from the CD. Within two months, a major label [Mercury Records’s president Dan Goldberg] called Cliff and Craig (presidents of Razor & Tie) and negotiations began to buy out our contract and re-release Greta. By September, a second label got into the bidding, and on October 3 we signed with Guardian, a division of EMI. Just a few days earlier, we’d reconvened at Long View to reocrd a brand new song called “Einstein’s Daughter.” We also called up Dar and she popped in to sing her part on “Lovely Rita.” In January, 1997 the label flew us out to sunny Hollywood where we stayed at the swanky and slightly seedy but very historic Hotel Roosevelt and record the last track for Re-Greta with the man Victoria Williams calls “that nice Paul Fox.” Paul did an amazing job on “Taxi Girl,” and our record now starts with the song about our long lost friend. I hope someday she hears it.
ON May 6 1997, Guardian released Gotta Get Over Greta with a new blue cover and and a red CD peeking through. 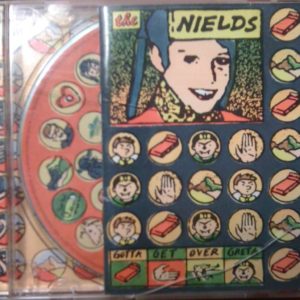 Since that autumn day when Dave Hower made that fateful decision to be our drummer, we’ve driven our trusty white Dodge Ram Van named Moby around the country (two and a half times), sold 15,000 copies of Red and Blue Greta, made countless batches of Greta cookies and tee shirts, lobbied Ben and Jerry to name a flavor “Strawberry Nields Forever” and made thousands of new friends all over the country. It’s always been our goal to have our songs made famous over the airwaves of this country’s campfires and school buses. This book is a step in that direction. 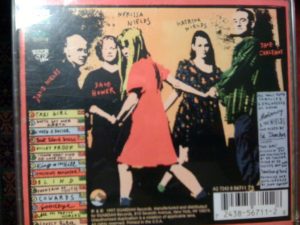 FAWM #4: I Just Want to Spend the Day with You

Wrote this on the plane coming home from Florida after we spent a lovely couple of days there with my parents. This song is supposed to be from the POV…