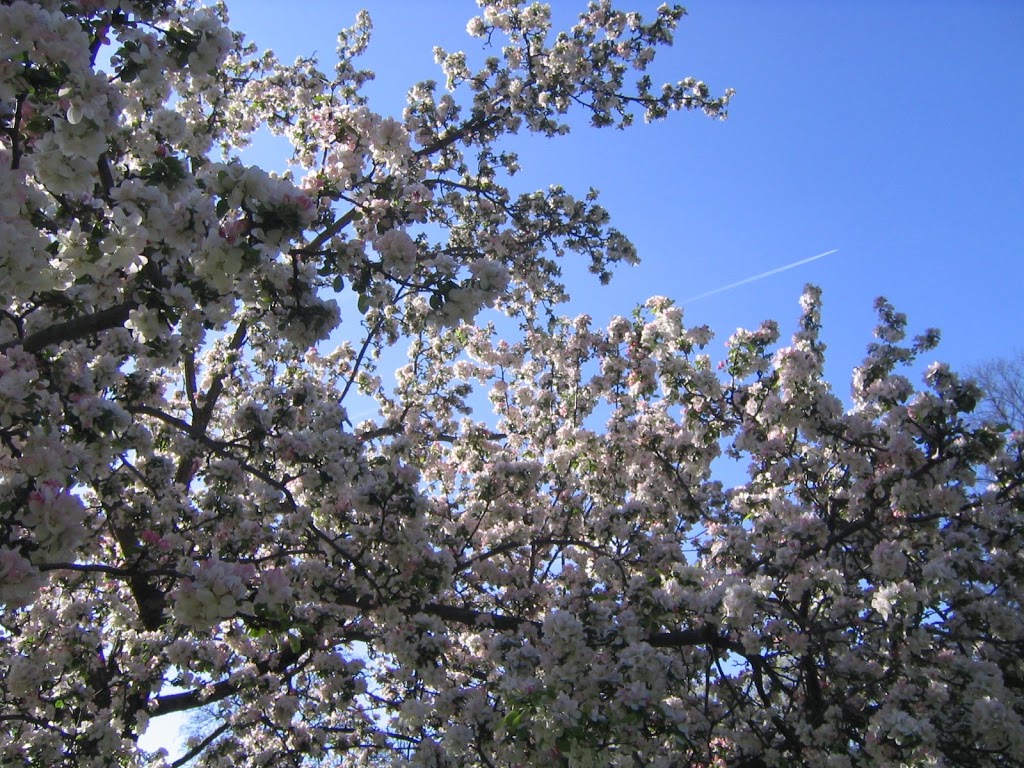 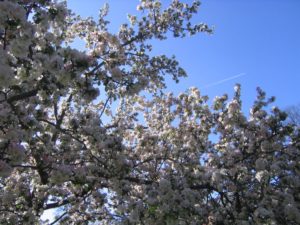 Also, I continue to be exhausted, which I am sure everyone including me is sick of hearing me say. Yesterday, we walked home from HooteNanny midday, which is my lowest point energy-wise anyway. I was pushing the double stroller up a long hill, hungry and tired, and Elle and Jay were refusing to fall asleep like they were supposed to.
Instead, Elle kept saying, “Mama, can I walk?”

Now, what kind of a mother doesn’t let her cute, enthusiastic almost three-year-old exercise her cute little legs on a perfect spring day? A tired hungry one who wants to get home as fast as possible, that’s who. So I said, “When we get to the top of the hill you can get out.” The top of the hill is a mere five blocks from our house, which is still more than I’d have liked to give her. I would have liked her to walk up the stairs of our porch, but I was feeling magnanimous and also guilty, so when we got to the top of the hill I released her from her bonds. She them proceeded to practice her tightrope act on the curb, examine every new blade of spring grass and grill me on what is apparently her new obsession:

At this point, she was lying on the sidewalk waving her feet in the air. “Hurry, hurry!” I shouted. “We’re in a rush.” Which was only half true. I was in a rush. She was not. And if I weren’t me in my hungry tired skin, I would have been routing for her version of the way events were unfolding. What’s so wrong with a little kid outdoors exploring nature on a beautiful day?

Tomorrow we are recording our family DVD at the University of Hartford. This is a veritable dream come true. And it came about as one of those “The Secret” manifesta-ramas. Katryna and I were talking about how we really should have a DVD, and wouldn’t it be great if our friend Ed McKeon would produce it, and oh, remember how WGBY wanted to show a live film of ours as a fundraiser, and then out of the blue, Ed emailed and said, “You need a family DVD and I want to be the one to film it!”

But dreams require a lot of elbow grease. Katryna has been like one of Santa’s elves making magic at her house, designing and creating a set for the show, driving back and forth to Hartford to check out the space. Dave has been practicing his many instruments and organizing the band. I have done nothing, but I’ve worried a lot about how I’m going to get through a day of performing and recording without sizzling with anxiety. There’s a lot of pressure one has to contend with when one is handed one’s opportunity on a platter. I have a million fears:

It won’t be good and we will have wasted everyone’s time.
Everyone will be good except I will suck.
I will be too tired to even strum my guitar.
Everyone will be mad at me because I am not breastfeeding them/telling them a story/allowing them to have a Saturday off.
It will be wildly successful but I will look ugly in it and everyone will say, “Oh, the Nields–that’s two sisters, a pretty one and an ugly one.”

Wouldn’t it be a lot easier to just live safely within our margins and not probe the edges? This is why I am glad we just spent a few days at Kripalu. Whenever I am there, I am always reminded of the basic yoga teaching, “Go to your edge,” and the corollary, “Grow or go.” I could live safely, but that would not be good for the soil.

Today, Jay’s very first bottom right tooth poked my finger when I wiggled it around his lower gums. “Your first tooth!” I howled with glee, and he responded by laughing and doing knee bends on my lap. He truly seemed so pleased with himself. He is growing. I don’t know whether he has any choice in the matter, but I do. For myself, I will choose to grow, too.

Celebrating the Poetry of Others: Wallace Stevens

This is from my friend and fellow poet/songwriter Whitney Hudak. We share a love for Wallace Stevens (who inspired the Nields song “Snowman.”) Not Ideas About the Thing But the…