Sandra Tsing Loh and the ‘Pause 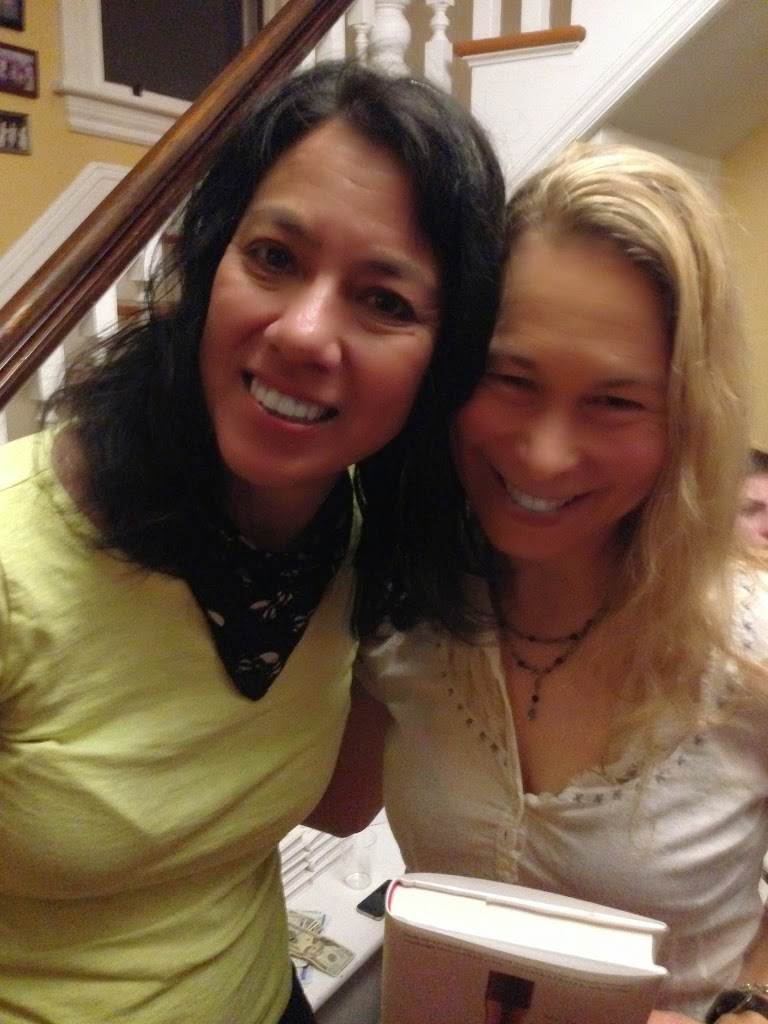 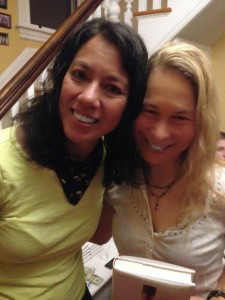 I had the great pleasure of seeing and hearing Sandra Tsing Loh on Monday night. She spoke to a group of fabulous 40-60 something kick-ass Northampton women at Cathi Hanauer’s house, and read from her new book The Madwoman in the Volvo: My Year of Raging Hormones. We were all in hysterics (“hysteria” comes from the Greek “hystera” which means womb, people) at what Cathi had termed “a ‘pause party.” And it’s a great thing to laugh at what we most fear and relate to, with a group of others who seem to feel the same. I swore ahead of time I would not buy another book, since my list is so terrifyingly long, as is the stack by my bed, but I was first in line after the reading, and I haven’t been able to put it down since.

I’d wanted to come because in 2011 my friend Jess Bacal (whose great book Mistakes I Made at Work: 25 Influential Women Reflect on What They Got Out of Getting It Wrong also just came out) had sent me a link to this excellent article from The Atlantic. I think it’s poetic and also scary that when I spoke to Sandra, I had no memory of what the piece was about, only that I had loved it.

“It was about menopause,” said my friend Lisa, who is younger than I by a good five years. (Younger as in she can remember what she reads, not as in: “she added, ‘Duh!'” Which she could have.)

So that was why, when she told us on Monday, that we should think of “menopause” not as a change from the regular state (fertile) to the abnormal (infertile), but a return home to the state we knew as girls, it rang familiar.

“IT’S INTRIGUING TO ponder this suggested reversal of what has traditionally been thought to be the woman’s hormonal cloud. A sudden influx of hormones is not what causes 50-year-old Aunt Carol to throw the leg of lamb out the window. Improperly balanced hormones were probably the culprit. Fertility’s amped-up reproductive hormones helped Aunt Carol 30 years ago to begin her mysterious automatic weekly ritual of roasting lamb just so and laying out 12 settings of silverware with an OCD-like attention to detail while cheerfully washing and folding and ironing the family laundry. No normal person would do that—look at the rest of the family: they are reading the paper and lazing about like rational, sensible people. And now that Aunt Carol’s hormonal cloud is finally wearing off, it’s not a tragedy, or an abnormality, or her going crazy—it just means she can rejoin the rest of the human race: she can be the same selfish, non-nurturing, non-bonding type of person everyone else is. (And so what if get-well casseroles won’t get baked, PTAs will collapse, and in-laws will go for decades without being sent a single greeting card? Paging Aunt Carol! The old Aunt Carol!)” (from The Bitch Is Back, Atlantic, Oct. 2011.

Of course, I have lots of thoughts and feelings about this, but right now, today, it’s refreshing to remember that I am in a cloud of estrogen which propelled me to take a break from my work to jog down to the Smith Botanical Gardens and spend five or ten minutes holding my son’s hand as his Kindergarten class got a tour. I’m glad for that cloud; and I am glad that it will end, and that someday I will go back to putting my writing front and center. Or sit on the couch and read a novel. Or just take more evenings off to watch a hilarious and brilliant woman share her life and her art with a bunch of other hilarious brilliant women.

Time, Resistance and Priorities–From How to Be an Adult

This chapter starts with what I consider some important skills to develop when moving from the carefree, fake-cheese eating world of adolescence to the kale omelet world of Adulthood. These…

WormholesAnd here’s where the concept of Wormholes comes in. Wormholes, as I define them, are these little breaks of opportunity in my great wall of resistance. They’re the moments when…

How to Be an Adult Introduction, Part Two: What We Learned About Life in 20 Years on the Road

What We Learned About Life in 20 Years on the RoadKatryna first got the idea to write a book called How to Be an Adult after graduating college. She felt…