Nothing Gold Can Stay, Including Presidents with Fake Tans 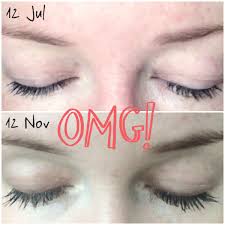 These days, there is very little I can control. Naturally, I turn my attention to the few things I can, like my teeth. Since December, I have faithfully worn Invisalign braces to straighten a set of bottom teeth that resemble a line in Alice Munro’s story “Hateship Friendship Courtship Loveship Marriage”: Her teeth were crowded to the front of her mouth as though they were looking for an argument.

Straightening my teeth cheers me greatly. Every time president asterisk guts one of Obama’s environmental regulations, I soothe myself by baring my teeth in the mirror and admiring their progress towards straighthood. On the down side, the little trays trap all the coffee and tea I consume and stain my teeth brown, so in terms of a vanity project, I’m pretty sure it’s a net loss. Still. Control.

Lack of control was the theme this week. On Tuesday, a short week after announcing our Fan Club cruise to Cuba, this came in.

(A rough approximation of the headline.)

Fan Club cruises are a wonderful tradition in the folk world. A world class music lover named Donald Davidoff runs Concert Cruises, whereby folk/pop artists like Lowen & Navarro, Susan Werner, or The Nields invite their fans to join them on a cruise to somewhere cool (Greek islands, anyone? Coastal France and Italy?). The fans pay a little extra and the artist hangs out with them and does a number of performances on the boat; actual shows on a gorgeous stage on the ship, and in addition, perhaps offers workshops, group outings, impromptu jam sessions. My whole family–parents, spouse, in-laws, sisters, nieces, nephews, aunts even–– was planning to go, and when my son learned the bad news, he told his violin teacher, “So. The Cuba cruise isn’t happening. I knew it was too good to be true. A cruise ship with my whole family onboard? That’s my idea of heaven!”

Then our AT&T phones stopped working in our house. My husband and I both work as freelancers, so that wouldn’t do. We called Verizon, and today went in to the Northampton branch to be sold a bill of goods, to wit: four brand new iPhone Xs/XRs in exchange for our two 8s, my daughter’s 5, and my son’s 6 which is stuck behind one of our built-in bookshelves. (Verizon wanted our business so badly that they were willing to waive the missing phone, trusting that if we ever recovered it—by, I don’t know, sawing the bookcase down–we’d drop it off at their offices.) My daughter, 13, objected to this plan. She does not want an iPhone X because she thinks it’s statusy and privileged and would prefer, instead, a flip phone. But guess what? Getting her a flip phone ends up being more expensive that getting her a brand new X. She didn’t care, and with beautiful teen-age virtue, walked out of the store. Though part of me really wanted that shiny new iphone, I sat and stared at the Byzantine penciled calculations our sales associate had scrawled on the back of a flyer, and finally followed her out, completely confused. I was being told that all our phones would become obsolete in 8 months when the new 5G network became available, and so we may as well upgrade now. The sales associate piled up the phones, and then threw into the mix two Apple watches and four gizmos that you put in your cars (we do not have four cars) that are supposed to alert the Verizon equivalent of triple A should you have car trouble. Meanwhile, our total bill, despite the deal we were getting on the phones, would end up being a third again as expensive as our old AT&T plan. (And that’s without the watches and the gizmos.)

I am going to go back to the land line. (Righteous indignation gets me far. My hatred of Verizon is almost enough to take away the sting of walking away from 4 “free” iphones. Of course, my older, wiser self knows they are far from “free,” but tell that to my inner four-year-old whose eyes glitter along with anything shiny. She really really wants one.)

Speaking of righteous indignation, don’t get me started on the demise of iTunes. I am so glad I didn’t get rid of our CDs, which are, incidentally, on those very bookshelves behind which Johnny’s iPhone 6 currently dwells, wedged in perfectly in a small hole right in the center of the bookcase.

This is why straightening my teeth is such a satisfying project. I am going to focus on my teeth, and also the slowly growing grass in our backyard of dirt. It grows because every day, my son sets up the sprinkler and waters our lawn. My sister got me some Revitalash for my birthday, and now I am growing my eyelashes, too. OMG! I will change the things I can and accept what I cannot. And hope that Donald the FanClub Cruise Guy (not the president) calls with an alternate itinerary. We’ll go to Mexico instead. After all, this is my son’s idea of heaven. So stay tuned.

*My parents are being stalked by said petty tyrant. First, he bought their golf club–the same one that Mueller had to resign from. Then, my father moved to a new law office on Pennsylvania Avenue, complete with a lovely view of the Old Post Office. A year later, guess who bought that view? And now our Cuba cruise!