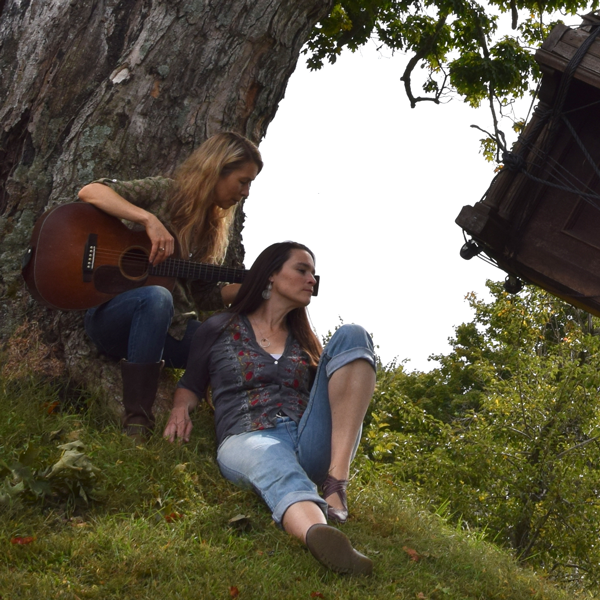 Since we had a repeat winner last week we felt justified in picking 2 winners for this one (even though one of those was also a repeat winner). The usual tie-breaker was no help because all 3 of us agreed both of these stories were pretty great.

Thanks so much for another great week and see you on Monday!

Week 9 : Question: What one Nields concert experience would you want to relive? Why?

Wow. A hard one. There have been a few. The winner? At some point (2005?) you were on a double bill with EFO at the Bowery Ballroom. My daughter, Emily (d. 2007) was going to PACE in the East Village and I told her to pick 2 friends and we would all go. I picked her and her two baffled friends up and off we went.

They really had no idea what kind of wacky parent Emily had or what they were getting into. This was the time when, as part of the show, David N. would run around the venue with a cordless plug for his guitar and play while running around like a madman. He came all the way up to the back of the top of the balcony at the Bowery where we were sitting in the little lounge they have and sat on Emily’s lap, playing! Her school friends were astounded, and we laughed and laughed. David ran back to the stage and finished, I think, ” Superhero Soup”

I would love to see my daughter again, laughing like that, with or without David on her lap.

If you were there you remember that night. A blizzard was coming and the snow was starting to pile up with fluffy whiteness outside the doors of the Iron Horse, when the lights went out with a pop. Power outage. No power, no electric guitars, no problem. More candles were lit and lined up across the front of the stage and that night turned into a magical acoustic show with snow falling outside. At one point they were sitting on the edge of the stage just singing to the audience but it felt like no one else was there, it was the most intimate experience. Midway through the show the power came back and we insisted that they turn it off and finish acoustically. It was a beautiful night.

We opened this week’s question up a bit and got a lot of interesting responses. It was hard to pick just one, but we managed. We say it each week, but it really is great to read each story. Keep them coming. We’ll see you again on Monday. Thanks!

We really dialed down and got specific this week with our question. There’s nothing like a long winter to get you excited for outdoor concerts though. The winner’s story follows. This has been a great run on stories and we’ll see you again on Monday!

We were pleasantly surprised by the number of responses we got from you guys on the inaugural week of our 17-week Story Contest! It was hard to pick our favorite,…