My Yes Vote For Hillsy 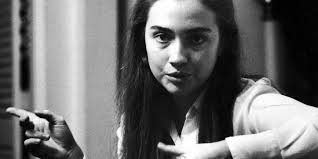 My friend Pam Houston asks the question: who will you dedicate your No Drumpf vote to. She dedicates hers to “my four year-old self, smiling bravely for the camera in her 3/4 body cast, and for every little girl who lays awake at night in her room afraid, and to Hillary Clinton, who has dedicated much of her life to the betterment of girls and women, and who each day puts on her bulletproof vest and stands up for us all.”

While I list below many reasons I am a NoTrump, I am going to take a cue from my friend Kris McCue and make clear why this a Yes Vote. The debate gave me something I really needed: faith in the candidate I AM going to vote for. What our president said about HRC at the DNC kept ringing in my head during that rout of a debate: this candidate is kicking major ass in an arena traditionally dominated by men, and like Ginger Rogers, she’s doing it backwards and in high heels. She is taking on the Donald better than any man could. She is cool, calm, collected and amused in the face of a bullying narcissist. I went from endorsing her with my head to endorsing her with my heart. I want this woman to be my president! So I hereby dedicate my YesForHillary Vote to:

My friend L. who says “God bless you” to me every time she enters my house or texts me. She would be deported under a Drumpf presidency.

My African American friends who are tired of being told, “Why are you complaining? There is no racism! You just had a black president, what more do you want?”

My lesbian and gay relatives whose rights would be threatened by the appointment of supreme court justices who would happily overturn DOMA.

My grandfathers, Republicans both, who stood for so much more than the mean-spirited bigoted fear-based party that has sprung up in the century after their deaths. Their party was one of restraint, tolerance, support of civil rights for all people, not to mention a distrust of the Soviet Union.

The kids I have taught whose bodies don’t work like most kids’ bodies. The mothers of those kids who would live in fear of their president saying something horrible and caustic about their child on national TV, giving permission to all the bullies on the playgrounds to do the same.

My friend F. who taught me about Islam, showed me what a peaceful and beautiful religion it is. All the amazing Muslims I have known since.

But ultimately, I have to dedicate the vote to my kids. Because it’s their world that will be affected the most by a Drumpf presidency. I know some Hillary-haters who have made the argument that it would be better to have the country suffer four years of Drumpf than to have what they see as Business As Usual. But this assumes that Drumpf would govern as just another Republican president, and I have no confidence that he would do so. He is famously ignorant (prides himself on his know-nothing-ness of American history) and my greatest fear is that he will simply bulldoze forward with his Let’s Run The Country Like a Real Estate Empire modus operandi, and pass laws willy nilly to change how the country works. No, say my reasonable friends. The Republicans won’t let him. But why would the Republicans stop him? How would they stop him? They couldn’t for the past year; what makes anyone think they’d succeed if he actually got elected by a majority of Americans? Plus, Republicans know which side their bread is buttered on. They will have just had their seats saved by Drumpf’s ascendency. They will vote for whatever he wants. And if folks don’t get out the vote for the Democrats, that will be all three branches of government under his command—don’t forget that open seat on the SC he will fill with an Antonin Scalia-clone under his Republican-controlled Senate. And along the way, he will silence the journalists who criticize him, just as he revoked the Washington Post’s access to him. I fear for my children’s very civil liberties, for their freedom to express themselves, for their freedom to be who they are. 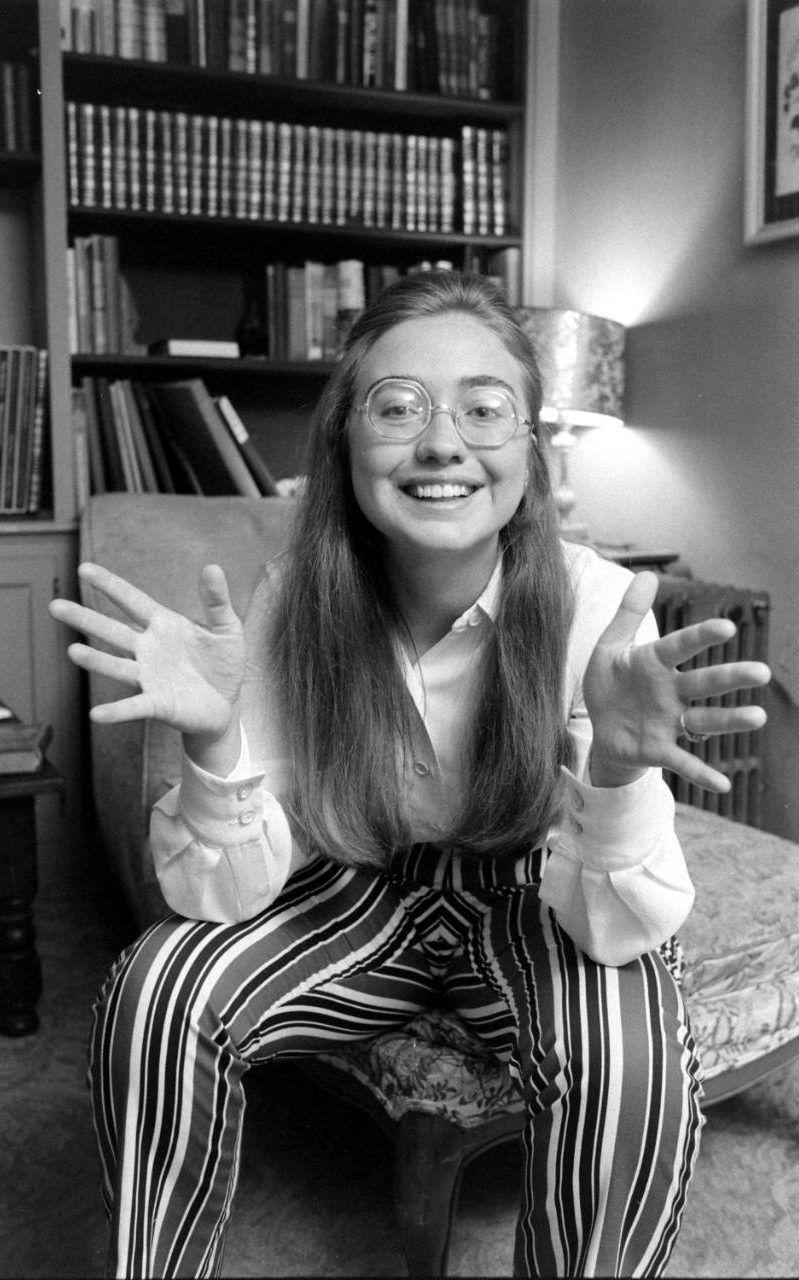 Meanwhile, Hillary Clinton represents everything this country has always stood for: courage, doggedness, tenacity, compassion and self-sacrifice. She will most certainly not be business as usual. Anyone who is actually awake can see empirically that for a woman to become president in this country would mean such a revolution—the world turning upside down—that we as a people are seriously considering hiring someone uniquely and completely unqualified in her place. 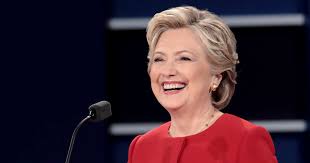 Let’s not do that. Should we fail to elect this brilliant, compassionate, flexible woman, I fear that

-Every beautiful lake, mountain, river and plain will be exploited for its capital-potential.

-Any meager progress we have made over the past decade in terms of climate change will be lost. Drumpf does not believe in Climate change.

-I even fear for our savings. Conventional wisdom holds that if Drumpf becomes the president, the Dow will crash by 1000 points the week after election day. Wealthy liberal New Yorkers are discussing at what point they pull their money and stick it in foreign real estate. Speaking of which, I fear all the people I love will abandon this country and move to Canada, New Zealand, the South of France, Sweden, Amsterdam.

-I fear that Drumpf will be a petty dictator in the model not so much of a Hitler (though of course I fear that too) but more like The Dominican Republic’s Trujillo. Where Hitler scapegoated the Jews, along with anyone else who was different (homosexuals, the disabled), Trujillo particularly persecuted women, purportedly raping a different girl every night. In this narcissistic brand of leadership, the only attributes that matter are strength and wealth and power. The leader will go to any lengths to protect that power, and he will use the bully pulpit to bully those who disagree with him. “When authoritative masculinity is believed to be the only quality necessary for real leadership, daily misogyny is the most powerful way to exercise and practice that all-important ‘skill’. Men who value masculinity above all have to be misogynists. Control and abuse of women is never a by-product for men who believe in masculinity with such faith.” Anton Piatigorsky

Young people: Please check in with your elders about what happened in 2000. We had a boring dude named Al Gore who was totally from the Clinton administration and certainly business as usual running against George W. Bush. Meanwhile, sexy Ralph Nader entered the race as a third party candidate.  On the issues, my friends and I all preferred him to the woodenly predictable Gore. But the race was close, so I cast my predictable Massachusetts ballot for Gore, and I went to bed happy because CNN had told me Gore had squeaked by. The next morning, we all learned otherwise. What followed was a month of stomach aches, head aches, confusion and eventual heartache. Bush actually lost the popular vote, but he won the electoral college because of some hanging chads in Florida. If Nader had not run, both New Hampshire and Florida would have easily gone to Gore, and Gore would have won the electoral college (and therefore the presidency) 296 to 242.

Gore was not perfect. But he predicted Climate Change 20 years before the flooding. He would not have taken us into Iraq after 9/11. And, arguably, if he’d been elected in 2000, we would not be looking at a potential Drumpf presidency today. The Clintons are not perfect. But how could you resist this????? 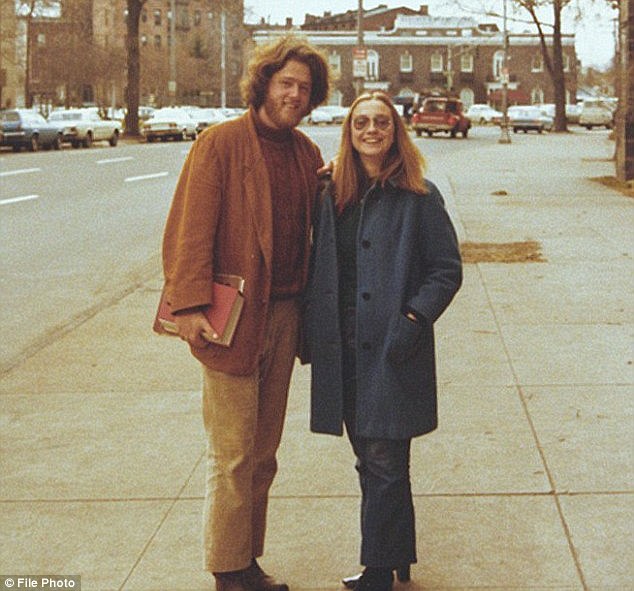 Tom has the stomach flu, Johnny has a cold that might be pneumonia and Lila has pink-eye. Meanwhile, Katryna and I have a radio show at 9am. WKZE 98.1 out…

If one defines “religion” as a way of viewing the universe in terms of cause and effect, right and wrong, and involving a set of practices and devotions, then environmentalism…