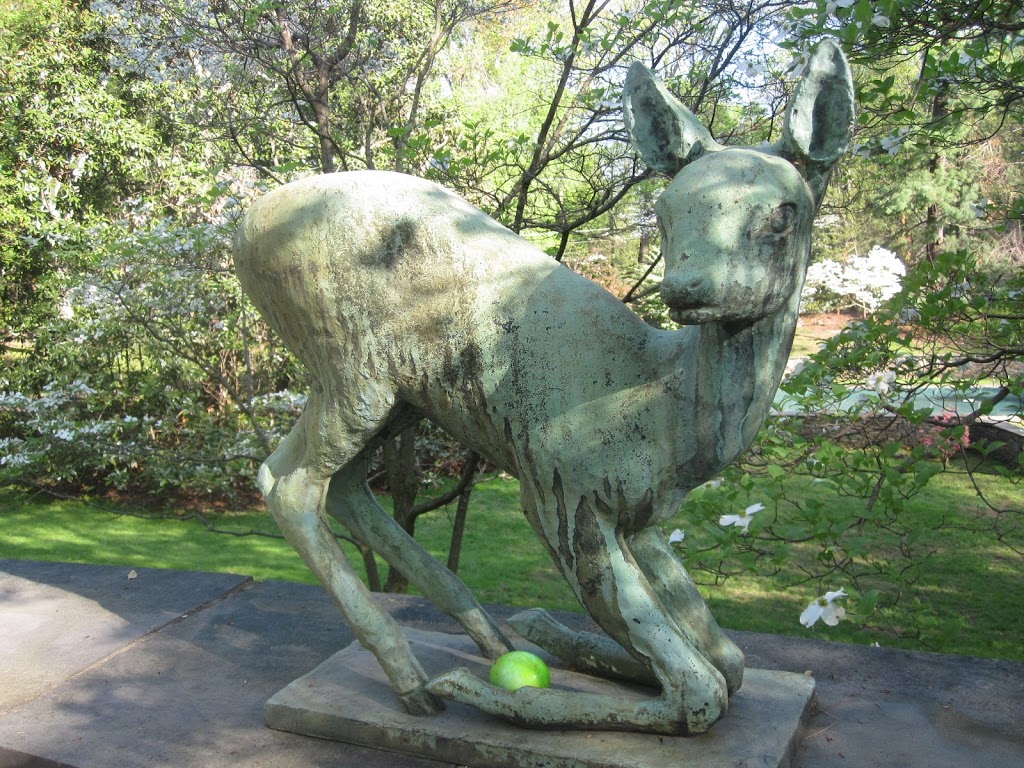 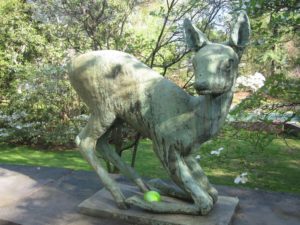 The Master gives himself up
to whatever the moment brings.
He knows that he is going to die,
and her has nothing left to hold on to:
no illusions in his mind,
no resistances in his body.
He doesn’t think about his actions;
they flow from the core of his being.
He holds nothing back from life;
therefore he is ready for death,
as a man is ready for sleep
after a good day’s work.
-Tao Te Ching, verse 50

After I wrote this piece, it actually was Easter. I read Katryna my last post (“Follower of Jesus”) and she quipped, “Maybe it’s because I haven’t slept in a few days, but I could hardly stay awake listening that.”

Following through on my promise last year that Easter should be more about spring and bunnies and eggs and sugar and less about my existential angst, I joined forces with Katryna to create Easter baskets for the kids and spent the wee hours on Sunday planting Reese’s peanut butter eggs and Jelly Bellies all over my mother’s living room. 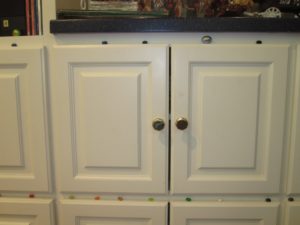 We hid the colored hard boiled eggs outside and marveled at the cuteness and generosity of our four kids, three of them making sure that the youngest got his fair share. 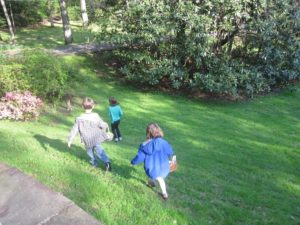 We then proceeded to church where the kids made God bells (don’t ask) and we listened to such divine music (complete with tuba, trombone, marimba and gigantic organ) and a beautiful sermon by the wonderful, wise Aaron Fulp -Eickstaedt which reminded me that, no matter what one might ultimately believe, one strong message of Easter is that the story isn’t over. It ain’t what it seems to be.

Later that evening the grown ups sat around the dinner table talking about the Steven Mitchell book Tom and I had read. I was full of the day–letting go of all my wonderings about The Truth and Life and Death and Resurrection. And yet I found myself, as we talked about the ideas in the book, feeling disconnected again, lost in my head. It hurts in a way to be stuck in your head, thinking about ideas. In a way it’s a kind of anesthetic. You forget you have a body when you are lost in ideas. But eventually your body reminds you, and you feel pinched and cramped and slightly sick to your stomach; at least I do.

We got to the part about Jesus parentage. I was putting forth Mitchell’s idea that Jesus was shaped significantly by his illegitimacy, and explaining that historically being called “Son of Mary” (or of any woman as opposed to “Son of Jack” or “Son of Matthew” or Son of Any Man”) was a slur. (Mark 6:3)

Elle raised her hand patiently until someone called on her. “Excuse me,” she said, acting not at all as though she had consumed her weight in chocolate that day. “Was Jesus’s mother Mother Earth?” 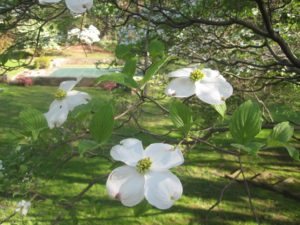 And we all said, together, Yes, she was.

“Did we just witness the end of our democracy?” I asked Tom at some point during the horror movie that was the first Presidential Debate––which was neither presidential nor a…

Once again, Katryna and I have managed to write 14 songs. Some are more realized than others. This year, we will be recording them more carefully and deliberately and posting…