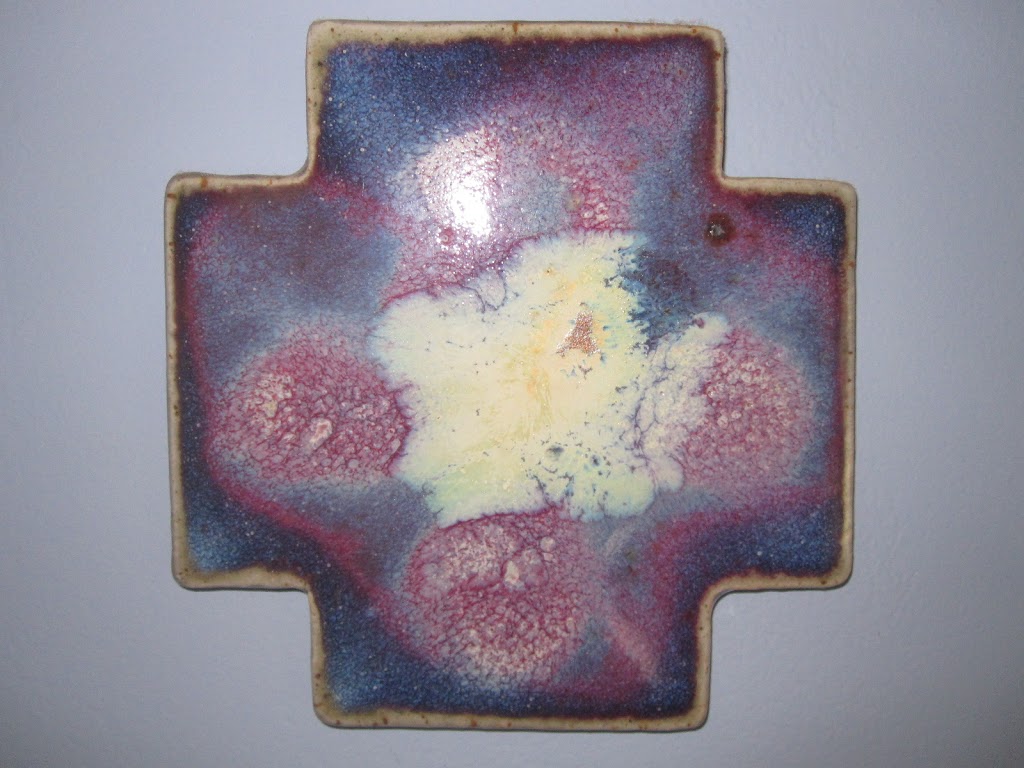 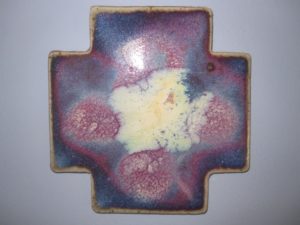 This morning the sky was striped, horizontally, gray and blue outside our new windows overlooking the back yard. I held a sleepy Jay, still nursing at 3, and balanced the feelings of this early, too early, thaw. Like everything in our culture, it is too easy to go jacketless in January.

For one of my new year’s intentions, I foolishly told God I wanted the courage to share my faith more openly. Also that I wanted someone to come into my life to teach me with a bit more structure than what I’ve been getting. But first to the faith sharing.

1. I don’t really want to share my faith. Believing in God is mostly not cool, unless you are Bono or Anne Lamott or Jesus. But way more to the point, believing in God can associate one with a certain kind of holy that smacks of know-it-allness. As I am a congenital know-it-all, this is really dangerous territory for me. But about God, there is one things I am sure of: I do not know it all. For example, I do not know that there is a God. But I do believe. Those are different things.

2. I don’t want to argue with anyone, ever. I don’t want to convince anyone else to believe. I don’t think I am better than anyone. Opposite. As I have said previously, it is not the well who need a hospital but the sick. So it is with church.

3. I am not in any way shape or form allied with the Tea Party.

4. I think fundamentalism in any guise is fundamentally dangerous. OK–perhaps that is arguing. Sorry.

5. When I first heard about Jesus I fell madly in love with him. I was about four, and we were standing around my mother’s piano at Christmas time. She was playing and singing “Away in the Manger” and I burst into tears because I loved the little lord Jesus and his sweet head so much; the tenderness overwhelmed me.

6. I prayed to God every night, but not on my knees. Just in my head, lying in bed. I asked God to keep everyone I knew alive, to have them not get divorced and wished that they would all be happy.

7. When John Lennon died, I imagined him on a desert island playing guitar and holding court. I would meditate and visit him there.

8. My parents attended a Presbyterian church that met in a farmhouse in Northern VA. The minister was kind, smart, full of struggles which he generously shared with us, rather than pretend to be perfect. He wore a white backwards collar and a goatee. He and his wife became my parents’ best friends. When I was fourteen, he died of Hodgkins Lymphoma. A few months before he died, my father finally joined the church. During the service, my dad came off the dias to embrace the dying minister who struggled to his feet, stumbled and fell into my dad’s arms. He was thin, young and heavily freckled from the chemotherapy. His hair was falling out. I thought he looked exactly like Jesus must have.

9. I started to pay attention at church. When my father stood up and said that the third teacher in a row had quit trying to teach the sixth graders, and that “Any one in this room is qualified to teach them,” I thought to myself, “He said ‘Anyone.’ But I’m in this room, and I am not qualified.” The following Sunday I was their teacher. I taught those kids for the next three years until I left for college.

10. My uncle Brian gave me a book of poetry and photographs by the Catholic priest Henri Nouwen. I read it one school night when I was supposed to be writing an American history paper. In the low lamplight of my room, next to my collection of Beatles and Stones LPs I felt something land in my heart with a gentle thud. I was supposed to be a minister.

11. I told everyone. It was an unusual career choice, and I figured I’d only have to work Sundays. Perfect for raising a family, and way safer and easier than trying to be the Beatles.

12. I was in Campus Crusade for Christ for about six weeks after I broke up with the boy I had been dating for four and a half years. This was the first time I ever heard this equation: Adam sinned by disobeying God; therefore humans had to die. God had no control over this, but somehow Jesus sacrificing himself redeemed mankind, or at least those who believe in him. I could not get my mind around it, nor the idea that my best friend who was Jewish was doomed and I wasn’t. So I left Campus Crusade, but not Jesus. I went to an Episcopal church and began to write songs.

13. I married right out of college, a man who called himself a secular humanist, and I visited Yale Divinity School and had an interview. Everyone there, it seemed to me, was 42 and female. “So,” I said. “I am going to try to do this music thing. When I am 42 I will come back.”

14. I had a music career. Deep in the bowels of that career, I got very sick with an eating disorder. I would pray to God, asking for help, but the answer always came back, “Why would God care about your ridiculous obsession with your weight and food? Just stop it!” But I couldn’t stop it any more than I could change the color of my eyes. And one day someone told me I had a disease that I was powerless over. Someone suggested that God really might care that I was hurting myself. And I noticed that I was unable to sit still with myself. I could not sit and breath in and out without a surge of hammering thoughts, a kind of deafening pounding of my own heart. People suggested I meditate but that was as crazy an idea as would be telling me to fly. And I could not stop the compulsive behaviors. One night when I fell asleep in despair. I knew I had too much pride to ask for help, to admit that I was different from other people, to admit that as a thirty year old seemingly successful woman, I was incapable of caring for myself in this fundamental way. I could not feed myself. I went to bed utterly defeated. I woke up with this strange, calm willingness. There was a steady quiet voice inside that said, “I am here now. I will take care of you.” And from that day forward, with a lot of help from my friends, I never hurt myself with food or lack of food again. The obsession and the compulsion were lifted. I was free.

15. I read everything I could. I had this Presence, and It did care about every aspect of my life, or at least It listened. I read Thich Nhat Hanh, more Henri Nouwen, Marcus Borg, Pema Chodron, Ram Dass, the Bhaghavad Gita, Jack Kornfield, Thomas Merton, Stephen Mitchell, Byron Katie, Eckhardt Tolle, the Bible, Elaine Pagels, and much twelve step literature. I made the twelve steps my path and slowly, a day at a time, my thinking changed. I became different. And I was the same. But in a lot less pain.

16. My marriage fell apart–too much God, he said. I was terrified, but on the first night alone in my house, I felt that Presence again. I lived well as a single woman. I followed the next breadcrumb. I met the guy I was always afraid I would meet–the one for whom I’d have to leave my first husband, or else suffer silently for the rest of my life. We found a church where the minister was a poet and a shepherd and not ordained. We pitched our tent. We got married there, baptized our daughter and then our son.

17. Being a mother proved to be the undoing of any pretense that I was holy. Every stitch of spiritual education was used until it frayed. I prayed on my knees to not yell at my kids, and by seven am I would have broken my resolution. But when I could remember to ask Jesus to show up, i became at least aware of my failings, if not able to act like the grown-up in the room. Sooner or later, I would apologize and the domestic tangles would unravel. I know how to apologize now. I can’t live with my own half-turned shoulder for more than a day anymore. So I face front, heart forward. My children are my best spiritual teachers, by far. But recently I have yearned for a more orthodox teacher who can diagram sentences and answer my questions with experience rather than the koan-ic mutterings of my wee gurus.

So a few days after January first, right on schedule, I guess, one of our town’s most beloved ministers, the retired pastor of the church where I found 12 step recovery, nabbed me. “It’s time for you and me to talk about you going to seminary,” he said. (How did he know that every few years I order the course catalogs from Harvard and Yale? Did someone tell on me?) “Do you have time to have lunch with me and another new minister?”

Of course I did. And so we are beginning a process called Discernment, to see if and when I will go on to the ministry. I don’t know if it will be ten years or twenty years. I love my life right now, and I have a lot more music to make, a lot more retreats to run, a lot more HootenNannies to teach,and most importantly, a couple of small kids who need me near and close–body and soul. But I have comrades on the journey now, and it does feel as though I am on my way back home.

I am paying a debt of honor by finally reading Charles Dickens. And by “reading,” I really mean listening, since all I ever do anymore is listen to audiobooks. And…

We were pleasantly surprised by the number of responses we got from you guys on the inaugural week of our 17-week Story Contest! It was hard to pick our favorite,…

Celebrating the Poetry of Others: Wallace Stevens

This is from my friend and fellow poet/songwriter Whitney Hudak. We share a love for Wallace Stevens (who inspired the Nields song “Snowman.”) Not Ideas About the Thing But the…