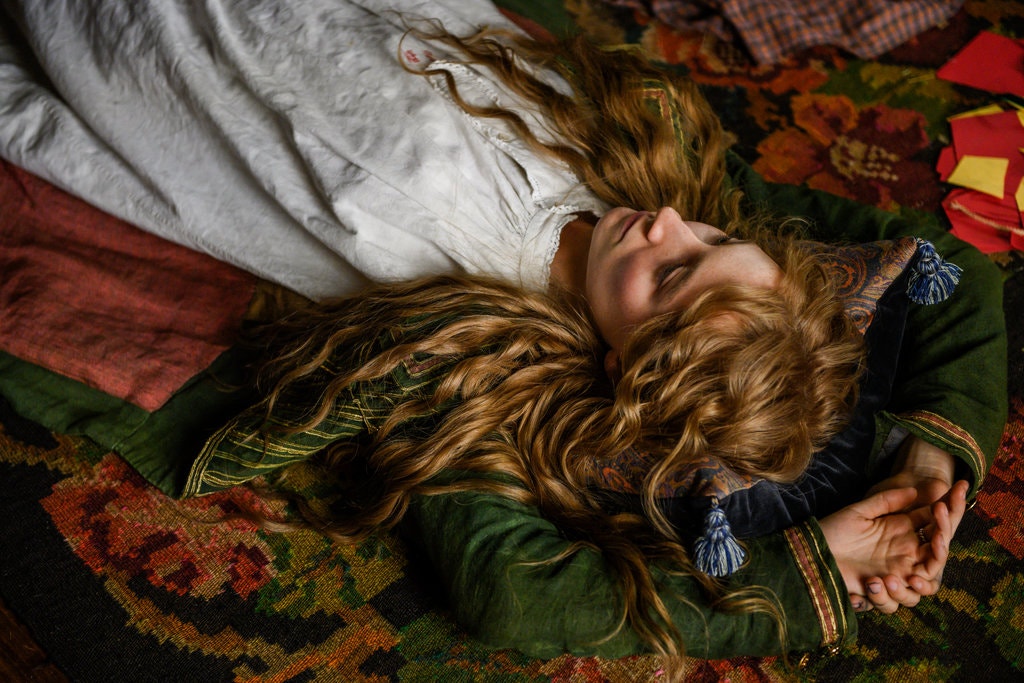 Last night, we braved the ice storm to watch the gorgeous adaptation of my all-time favorite childhood book, Little Women. My whole family piled in the van, representing three generations (Tom’s a Boomer, Katryna and I are X’rs, and the kids are all Gen Z) and two genders. We all loved it, even the 11-year-old who favors Marvel flicks and was sure he’d be bored by the 19th Century story. It’s true; there’s not a lot of action in Little Women, and in fact, there’s no villain at all, though there’s a powerful condemnation of our country in one memorable scene between Marmee (the magnificent Laura Dern) and an African American colleague. And there’s terrific tension between the two most ambitious March sisters, Jo and Amy. But what the movie lacked in action, it more than made up for in beauty, sentiment, and to my mind, a perfect calibration of fidelity to the original work and to a vision that the director (Gerwig) has of what Louisa May Alcott would have done had she lived now, and if she’d had complete artistic freedom with her first successful novel.

I became a Louisa May Alcott freak at the age of nine. My mother the historian got me biographies of the writer, which I happily devoured before I read Little Women, and I was as interested in Alcott and her famous father as I was in Meg, Jo, Beth and Amy. I loved learning about the philosophy of Bronson Alcott, and from these middle grade bios, I discovered the Transcendentalists, Unitarianism, Hawthorne, Thoreau and Emerson, who were great friends of the Alcotts. Bronson founded a failed Utopia called Fruitlands in Harvard MA (which I have yet to visit, but this year!!!) When I was my son’s age, we spent Thanksgiving with family in Concord, and it was then that I fell in love with the state in which I now live. The chief attraction, of course, was visiting one of the houses where the Alcotts lived: Orchard House, right in modern downtown Concord. Girls my age could audition to get jobs portraying one of the Alcott sisters over the summers to be a living history guide, and I almost applied.

Instead, I just read and re-read Little Women, imagining myself as Jo, of course–don’t all girls? Except I totally would have married Laurie and could not understand why Jo rebuffed him. Which brings me to my big problem with Little Women, up until Gerwig’s re-imagining: it would have been obvious to me, even had I not read all those Alcott biographies, that Louisa/Jo was not into men. The reason she turns down Laurie can only be that he’s just plain the wrong gender. The one Jo really loves is Meg (Louisa’s older sister was named Anna). She proclaims as much in the book, and beautifully in this new adaptation, proposing on Meg’s wedding day that they run away together, and that she, Jo, will provide for them both.

Without giving away Gerwig’s marvelous reworking ––though you learn in the very first scene that the German guy is not old or boring, but intriguing and hot (literally)––I’ll just say that the chemistry worked for me this time around. Principally, this is because of the fine work Gerwig does on the economic realities of middle class women living in 19th Century America. To be a “free spinster and paddle my own canoe,” as Jo desires, is a radical path, and requires her to let go of quite a bit of artistic control over her writing.

The spinster line is from the book, but one of the best lines of the film on the subject comes in one of my favorite scenes in which Amy, realizing she will never be “great,” only moderately talented as a painter, decides instead to marry rich, as this is her best shot at having any control over her life in a world in which “I’m just a woman. And as a woman, there’s no way for me to make my own money. Not enough to earn a living or to support my family, and if I had my own money, which I don’t, that money would belong to my husband the moment we got married. And if we had children, they would be his, not mine. They would be his property, so don’t sit there and tell me that marriage isn’t an economic proposition, because it is. It may not be for you, but it most certainly is for me.”

Florence Pugh’s Amy is no brat, though all of us moaned and cringed and hid our eyes when she destroys Jo’s manuscript. “Unforgivable,” we hissed. Even so, this Amy was completely sympathetic and winsome, emotionally honest and fierce, smart and full-blooded. She was my favorite character in the movie, and I cheered on her tempestuous relationship with Laurie.

My other favorite moments were all about Jo’s passion for and dedication to writing. I shivered with pleasure, watching her light candles and move her fountain pen into her non-dominant hand when her right one cramped from scribbling so much; her dear Marmee bringing her rations as she sweated out her story up in the attic. I nodded when she lay down her pages one by one on the floor, taking in a whole scene at once. And I loved that Gerwig calls out the problem with the book, right at the end, offering the reader/viewer a delightful glimpse around the curtain, as Jo’s publisher, in the middle of the famous Umbrella scene, interrupts the flow to ask Jo/the author why the heroine didn’t marry her neighbor. “Because the sister marries him,” Jo replies. We then learn that but for the publisher who insisted that books must end with the woman getting married, Jo might have lived her happy spinster life paddling her canoe, writing her books, running her school, as the real Louisa May Alcott did.

Finally, there’s the lighting, the visuals, the camera making love to our beloved Massachusetts. (Read this fun piece from the NYTimes on all the cultural resources the director steeped herself in.) The whole movie felt like a love song that some genius songwriter pulled from my heart to express all my feelings about this book, about life, about what it is to be a woman and a writer. Thank you, Greta Gerwig.

The last time I saw youYou were the girl next door andI was the town BohemianI’d pegged you for a beauty queenAnd I was right.But I could not see your…

If You Don’t Read This Post, You Will Be Confused

Katryna says I should not call my children by their real names on this blog. I think she’s right. It’s dangerous and also, even though most of you know their…